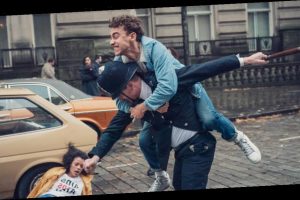 The WarnerMedia streamer has acquired the five-part drama from All3Media International as part of a raft of international sales. The show is made by Red Production Company for UK broadcaster Channel 4.

Starring Years & Years frontman Olly Alexander, It’s A Sin explores friendship and love during the 1980s AIDS crisis through the eyes of three young gay men as they embark on a new life in London. As the decade passes, and they grow up in the shadow of AIDS, they’re determined to live and love more fiercely than ever.

As well as the HBO Max deal, All3Media International has sold the series to HBO Europe and HBO Latin America. Amazon Prime Video has acquired the show in Canada, while Stan and TVNZ will show it in Australia and New Zealand respectively. Other deals include Korea (WATCHA), France (Canal+), Netherlands (NPO), Belgium (RTBF), and Russia (Amedia).

Executive producer Nicola Shindler said: “It’s A Sin is a very British story but the AIDS epidemic was global, and I think audiences will resonate with the poignant story of love, friendship and the highs and lows during this period of time, told through engaging and complex characters.”