Home » Lifestyle » "He stole from me and left me in 30k of debt": what you need to know about economic abuse

"He stole from me and left me in 30k of debt": what you need to know about economic abuse 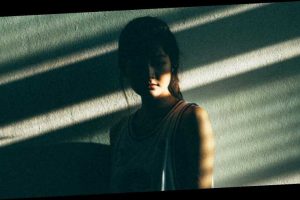 Nearly two out of five UK adults have experienced economically abusive behaviour in a current or former relationship. Here, a 38-year-old woman from London tells us how her abuser lied his way into her life and took over her finances.

Nearly two out of five UK adults – approximately 20million people– have experienced economically abusive behaviour in a current or former relationship, according to a new report launched this week.

Despite this, only 16 per cent of people describe or recognise their experiences as abuse, according to the research conducted by The Co-operative Bank and domestic abuse charity Refuge who have launched a Know Economic Abuse campaign to raise awareness of the true scale of the problem in the UK. The pandemic has played a part too, with 1.6 million adults experiencing economic abuse during the Covid-19 pandemic.

Economic or financial abuse occurs when someone attempts to control another’s ability to acquire, maintain access to, or use money. The abuse can involve stopping someone from working, taking someone’s money, preventing someone from accessing their own or joint bank accounts, or putting debts in their name. Nearly a million people are currently in relationships with people who are abusing them economically and the survey of 4,000 adults also revealed that a third of people who experience economic abuse do not confide in others about their experiences.

“We met on Tinder, four months later he left me with £30k of debt”

Leila* is a 38-year-old woman from London who endured serious economic abuse while in a relationship this year. This is her story…

I met someone on Tinder last year. I had been separated for three years. My ex-husband just didn’t want to know, he didn’t want to talk so I decided to move on with my life.

I went on a dating app and I met this guy. I started to chat to him. I met up with him. He wooed me. I told him everything I’d gone through. He said he had a similar past, that his partner had left him too.

He did everything my husband didn’t do. I was like “Oh my god I’ve met somebody so nice”. He gave me so much attention. It all moved really fast. He ended up moving in with me after about a month and a half in November last year. I did um and ahh about it but he lied and said he had his own place that was getting fixed up so it would only be for a few weeks. I asked my best friend about it and she just said: “If he makes you happy and you feel it’s right…”

When he moved in he started to take over. I’d come home and there would be a new rug or something and I didn’t know where he was getting the money from. When I asked he said “Oh don’t worry about that”, or, “You ask too many questions.” Then he started going out. He said it was part of his job but he was actually going to casinos. He was a gambler.

I had hidden my wedding rings but they went missing. I asked him about it and he blamed it on the cleaner. He would take money out of my purse. I had three credit cards of my own. I kept them in a drawer. He took them and used them. What I gathered was that when I wasn’t home, he was going through all my stuff.

It started to get really out of control when he came into my shop in the middle of the night and stole money. He sent me a text in the morning saying he was sorry, that he had to do it because someone was watching him and he didn’t want anyone to hurt me.

I couldn’t tell my cousin, who works with me. She knew the money was gone so I lied to her and told her I took it.

He was aggressive too. He would pin me up against the wall. He would say things like “If you don’t do this…” and threaten me. He made me take out a loan. He told me he would wipe out my work bank account.

It was awful. I didn’t know how to control it. Nothing like that had ever happened to me. I have never had someone put their hands on me. I thought I knew him but his personality changed.

He left in February, he said he was going away for a few days and would be back with the money. Then I got a text. He had taken all his clothes, everything. He stole more money from the shop. And that’s when I broke down and told my cousin.

I was getting letters saying I owed money. I’ve never been in debt or owed money ever. To see all these debts and loads I had to pay back was the worst thing I’ve ever been through. It’s about £30,000 debt in total. Going to the banks was the worst thing ever. They didn’t believe me. I’ve never been in debt. I’m still trying to get my credit back to what it was. I hate going to banks now.

When my cousin saw the amount of debt she said I had to go to the police but I was afraid in case he was still around or watching me. I still feel like it was my fault. It was all done in my name.

Eventually, I gave a statement to the police and I had Refuge to help me as well. Someone came to the house to check it was safe and installed an alarm and changed the locks. I had some counseling.

I’m still fighting it. I still have a loan I can’t get rid of. I wouldn’t wish it on anyone. It’s the scariest thing that a man can just woo you but you don’t even know who he is.

My cousin told me: “Thank God he left when he did, he could have done something worse to you. He could have put you in hospital. At least money is just money, you can get that back.”

*Name and some details have been changed to protect identities

Lisa King, director of communications and external relations at Refuge, says: “This research confirms that economic abuse isn’t going away, and it needs to be challenged now more than ever. Each and every day, Refuge staff support women who have had their economic independence taken away from them by abusive partners. The impact on their finances continues for many years, often long after the relationship has ended. Economic abuse rarely occurs in isolation and is frequently experienced alongside physical, sexual, or psychological abuse.

She said the campaign aims to raise awareness of this form of abuse, to help people to spot the signs but also to ensure policymakers sit up and pay attention.

Refuge’s National Domestic Abuse Helpline is free to call and available 24/7 on 0808 2000 247. See their website for more information.

END_OF_DOCUMENT_TOKEN_TO_BE_REPLACED

END_OF_DOCUMENT_TOKEN_TO_BE_REPLACED
We and our partners use cookies on this site to improve our service, perform analytics, personalize advertising, measure advertising performance, and remember website preferences.Ok