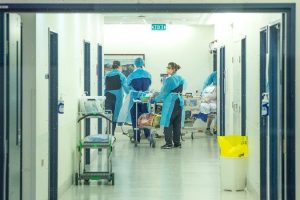 Victoria’s health workers have been resigning at the rate of more than 200 a week, potentially undermining state government efforts to recruit the tens of thousands of doctors, nurses and midwives needed to relieve stress on the overburdened system and staff new hospitals.

An analysis of government data by The Age shows a record 10,685 healthcare workers resigned from Victoria’s public health system in 2020-21 – 19 per cent more than the 9007 who quit the year before. 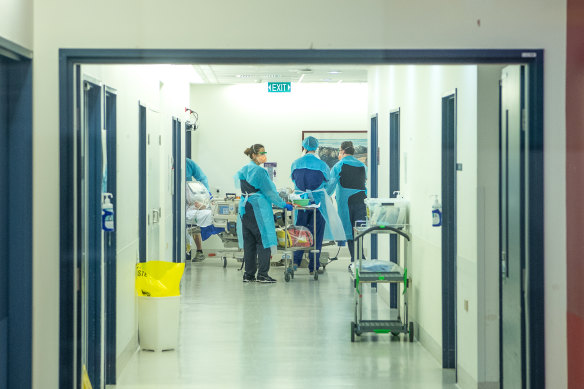 Thousands of staff have resigned from Victoria’s health system.Credit:Justin McManus

Although the overall size of the state’s health workforce has continued to grow, experts warn that the wave of resignations is likely to have continued into 2022.

The Andrews government has estimated the state will need about 65,000 more workers in health and community services in the next three years – an average of about 22,000 per year. The government says it has recruited 26,000 public healthcare workers since 2014, including more than 8500 during the pandemic.

The figures, from the government’s health data website, Knowledge Bank, revealed the total headcount in the state’s health sector rose by 7.5 per cent in 2020-21 to 133,111.

That means staff turnover from resignations represented the equivalent of about 8 per cent of the total workforce in 2020-21, up from about 7.3 per cent the previous year.

Although the proportional increase was still relatively modest, experts are warning greater efforts will be needed to retain experienced staff, whichever side wins Saturday’s election.

“We are in the middle of a global shortage of healthcare workers affecting every state and territory in Australia. There has never been more competition for qualified health professionals.”

Legaspi said tackling the health workforce shortage, and finding ways to retain healthcare workers, should be the top priority for our next government.

“This will have a direct bearing on how much healthcare we can deliver in Victoria over the next four years, and how long people will wait for the care they need,” he said.

The figures show that during the 2020-21 year, 5291 health professionals resigned for unknown reasons, while a further 2854 cited personal reasons.

The study said about one-quarter of the healthcare workers surveyed reported symptoms of psychological distress.

The Age’s Agenda election project, has found accessing health care ranked as a key concern for voters. So far, both sides have promised billions of dollars for new and refurbished hospitals.

Parliamentary Budget Office figures show the Coalition has so far promised about $7.7 billion for health, equivalent to one-quarter of their total commitments. Labor has promised about $4.4 billion, or about 40 per cent of all its recorded commitments.

But as health economist Stephen Duckett and other experts have warned, the large capital spending announcements for hospitals will involve major future spending to run the new hospitals with enough staff on an ongoing basis.

A government spokesperson said Labor had provided funding to train and hire thousands of nurses and paramedics, including making it free to study nursing and increasing specialist staff to help get patients through hospital quickly.

“Since 2014, the government has recruited more than 26,000 additional workers, invested more than $158 billion in the public health system and stepped up to support primary care through initiatives like GP respiratory clinics and the Virtual ED [emergency department],” the spokesperson said.