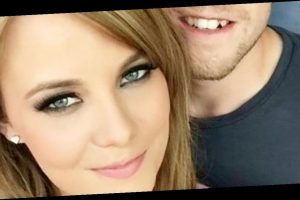 A woman, who had never had a period, says she was heartbroken when tests revealed she didn't have a womb.

At 18, Melissa Christopher was confused as to why she had never had a period and went to the doctors.

She was diagnosed with Mayer-Rokitansky-Küster-Hauser, a rare disorder that means her reproductive organs are missing.

Her underdeveloped ovaries produce eggs but she has no uterus so can’t carry children herself, even with IVF, the Liverpool Echo reports.

The store manager, 31, from Liverpool has told how the condition makes her feel like she’s “not a real woman”.

Melissa was in a relationship at the time of her diagnosis and blames it for her break up four years later.

Have you got a similar story to share? Email [email protected]

She feared she'd never get married or find love, but five years ago met fiancé David Snape, 29, and dubbed him "amazing" for loving her for who she is.

They are set to marry next year, and are considering surrogacy so they can start a family together.

Melissa said: “I do feel like I’m not really a woman and I’ve found it really hard to come to terms with the fact I’ll never have my own children.

“For ages I thought no one would ever want to be with me.

“It’s the worst possible thing a woman can be told.

“I don’t have a womb and it’s impossible for me to conceive children naturally.

“I’ll never know what it feels like to carry a child and that is heartbreaking.”

Melissa added that she burst into tears when she was diagnosed and was told she'd never have babies naturally.

She said: “I was very young at the time and it was so much for me to take in. It was heartbreaking to hear and it hit me really hard.

“I was with my mum and after we were told I was offered no after care or anything. I had a breakdown and felt numb."

Melissa has said surrogacy is the most likely option but estimated it could cost more than £20,000 for procedures and expenses.

She said one of the hardest things to deal with is seeing her friends posting about getting pregnant or giving birth on social media.

Melissa said: “I really struggle with it every day because I see friends having children and baby showers and celebrating on social media.

“I just wish I could experience that and it is really, really upsetting. I do get jealous because I want that so bad.

“It breaks me inside when people ask when I’ll have children. I don’t want people to ask me and it is hard to answer.”

Melissa is speaking out to raise awareness of MRKH and encourage more women to talk about "taboo" fertility problems.

She also hopes the NHS will soon start to offer more support for women with MRKH and other reproductive conditions.