Home » Lifestyle » Heidi Klum claims she can stop herself from sweating: ‘That’s my talent’

Heidi Klum is all laced up in sexy new Dundas campaign

As the saying goes, never let them see you sweat.

Heidi Klum recently revealed her surprising skill for always looking picture-perfect on red carpets and at shoots: She can allegedly stop her own face from perspiring.

During her Thursday appearance on “The Late Show With Stephen Colbert,” the 49-year-old supermodel explained how makeup artists on set are often tasked with keeping talent shine-free.

Unfortunately, the trick doesn’t work when it comes to the rest of Klum’s body.

“I sweat everywhere where you don’t see it,” she joked, gesturing at her underarms. “That’s my talent. It’s hidden, because I don’t show it.”

If only the blond beauty’s unique talent meant less time in the makeup chair on the set of her Amazon Prime fashion competition show “Making the Cut,” which she co-hosts with fellow “Project Runway” alum Tim Gunn.

“He does not wear any makeup,” Klum quipped. “Where I spend two hours on all of this, like, he just shows up … no foundation, no powder, nothing.” 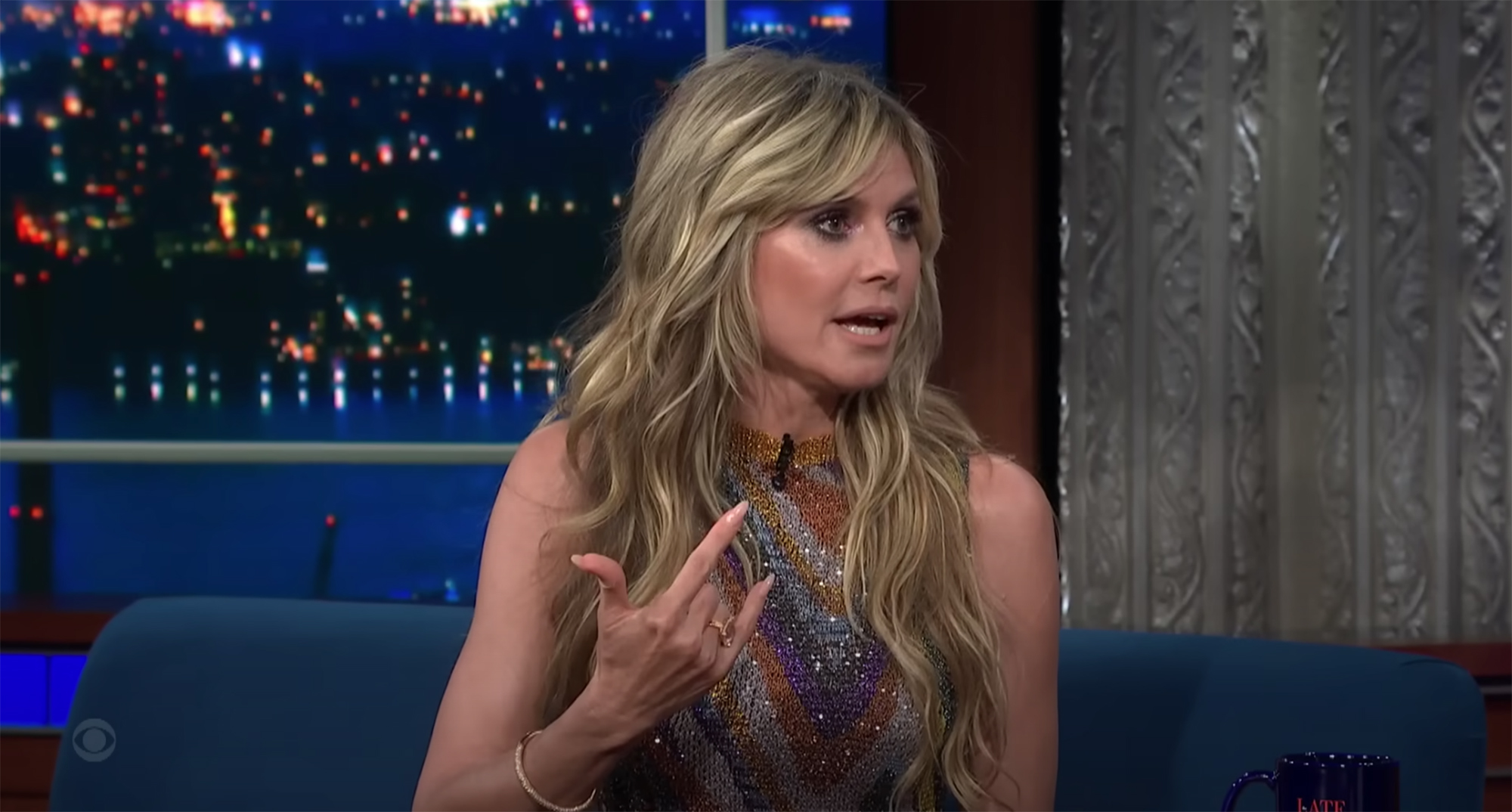 Elsewhere during her interview, the German-American catwalker discussed her famous legs, which were once insured by Lloyd’s of London for $2 million — but one gam was deemed pricier than the other.