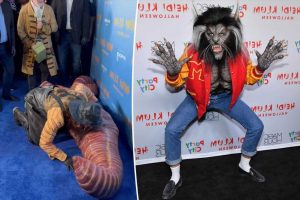 Heidi Klum’s model daughter Leni on ‘nepo baby’ label: ‘I am putting in the work’

Heidi Klum and daughter Leni, 18, dance and sing on set of lingerie shoot

Heidi Klum dressed as a worm at her star-studded 21st annual Halloween party at Sake No Hana in the new Lower East Side Moxy hotel on Monday.

Klum proved to be quite the catch for her hubby, Tom Kaulitz, who dressed as a fisherman with his wormy wife hooked to his line.

“I tried to think outside of the box and come up with other things and last year I was thinking, oh, a tree would be really cool, or like, a plant, and then I kind of went from plant to rainworm,” she told reporters at the red carpet on Monday.

Klum shared that her costume, which took more than 10 hours to complete, is definitely one of her favorites.

“This is one of the top ones I would say, just because it’s so unusual and so big in size and it’s weird,” she said.

Still, the model admitted that it’s not so easy getting around in the elaborate costume.

“It’s hard for me to move. I don’t really have arms or legs,” she said. “When I fall over I need someone to help me get back up. I’m kind of stuck in it, you know? It feels a little claustrophobic.”

Prior to inching her way along the blue carpet, Klum took to Amazon Live to film her getting-ready process.

She also shared a naked photo of herself to show off her spray tan ahead of the spooky festivities.

Other guests in attendance at the annual spooky celebration included Questlove, who spun tunes for the fête, and Elon Musk, who arrived with his mom Maye Musk on his arm, as well as Ice-T and Coco, Antoni Porows Jonathan Van Ness, Kim Petras, and Heather Graham. 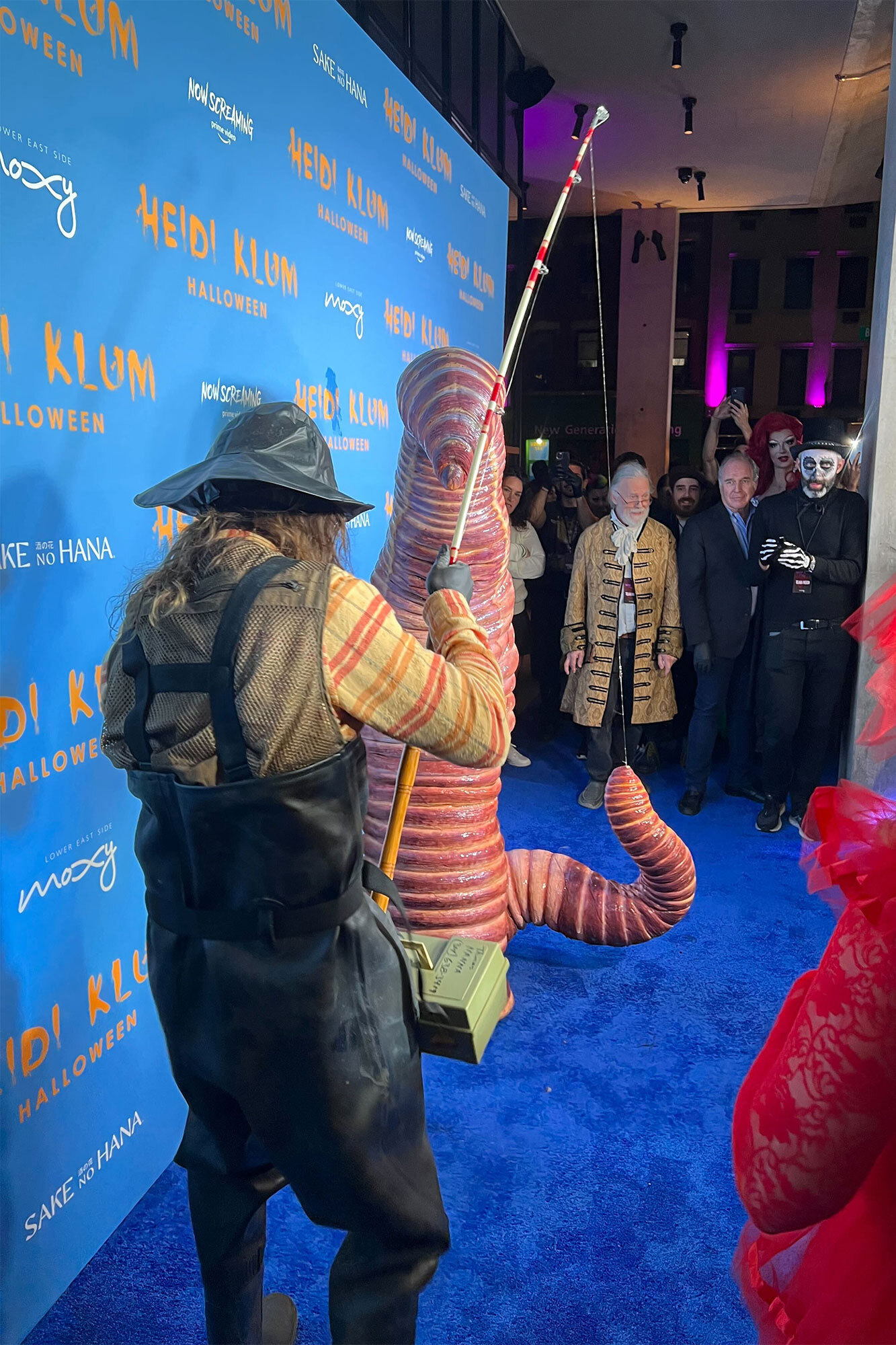 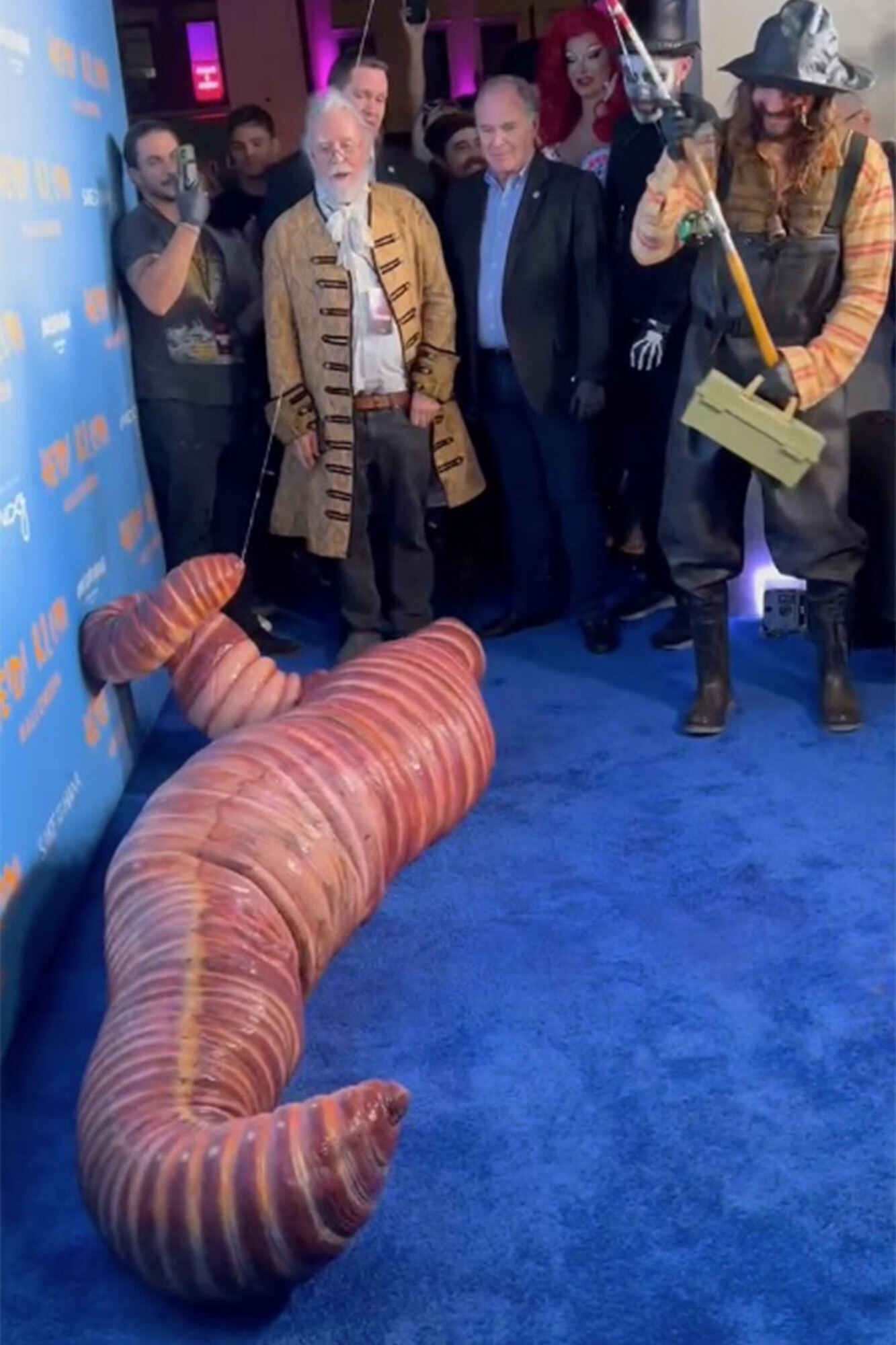 Klum has had some memorable Halloween costumes over the years.

The second year she threw the party, she rode in on a real horse while dressed as Lady Godiva, and in 2011, fans went bananas over her monkey costume. 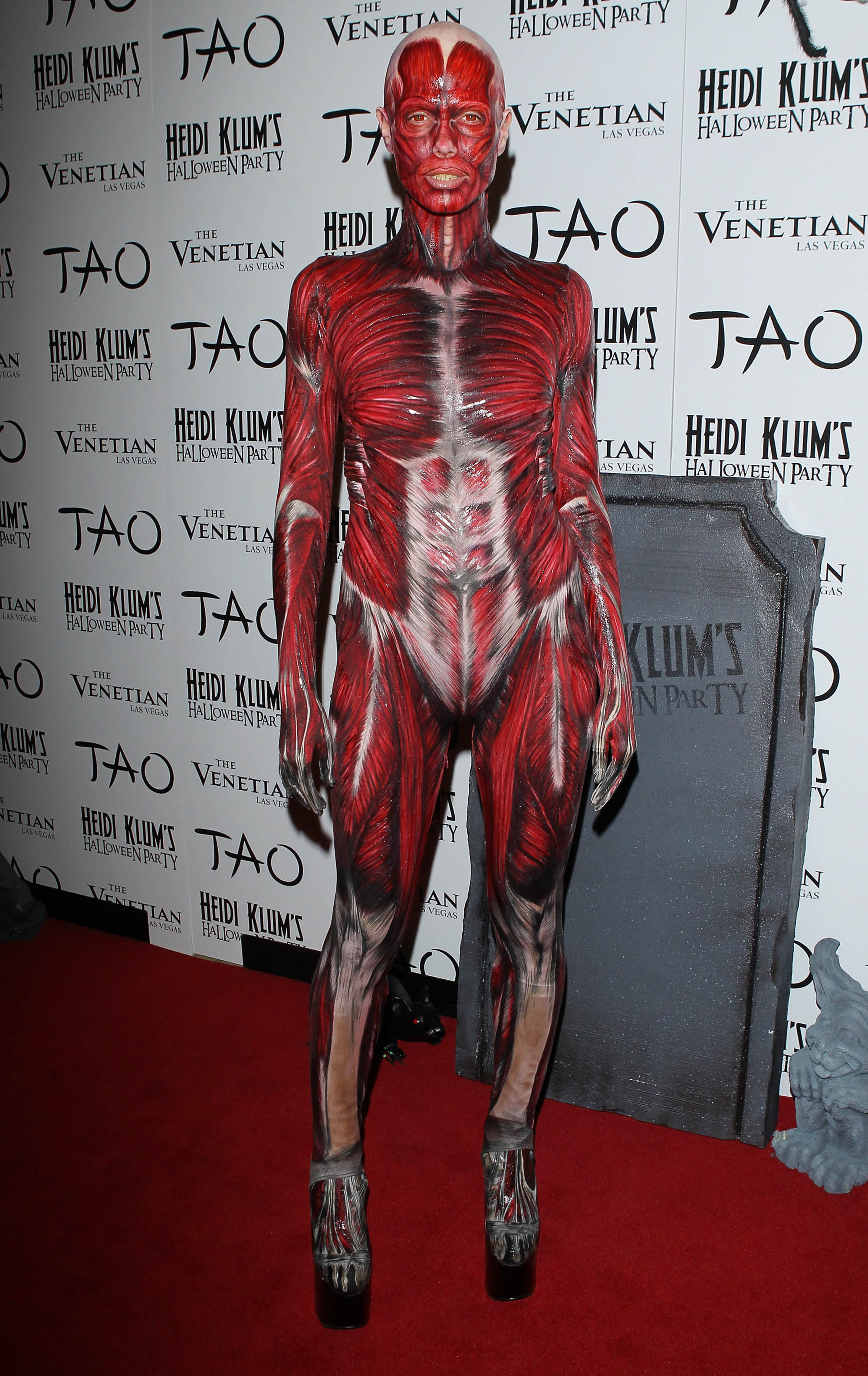 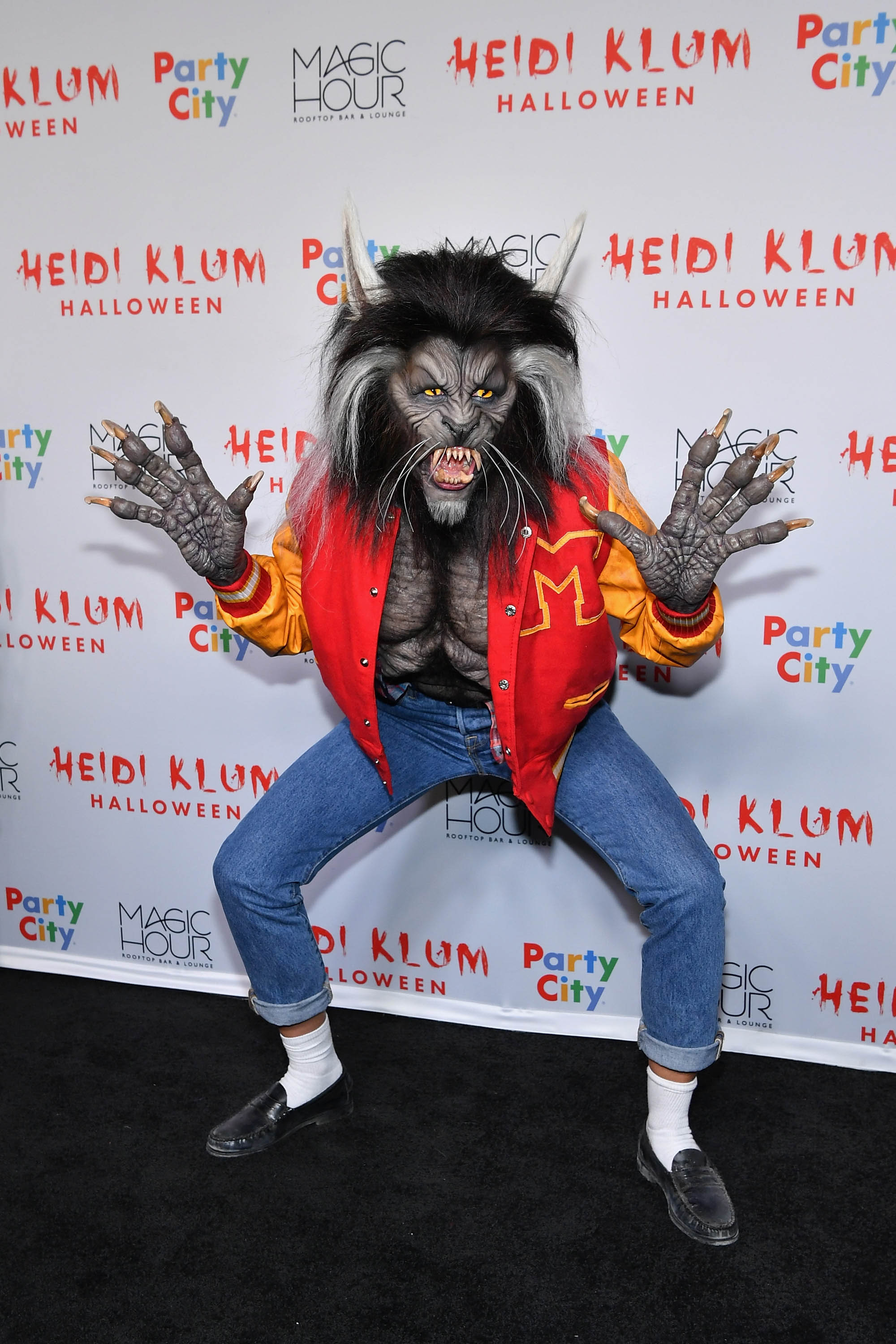 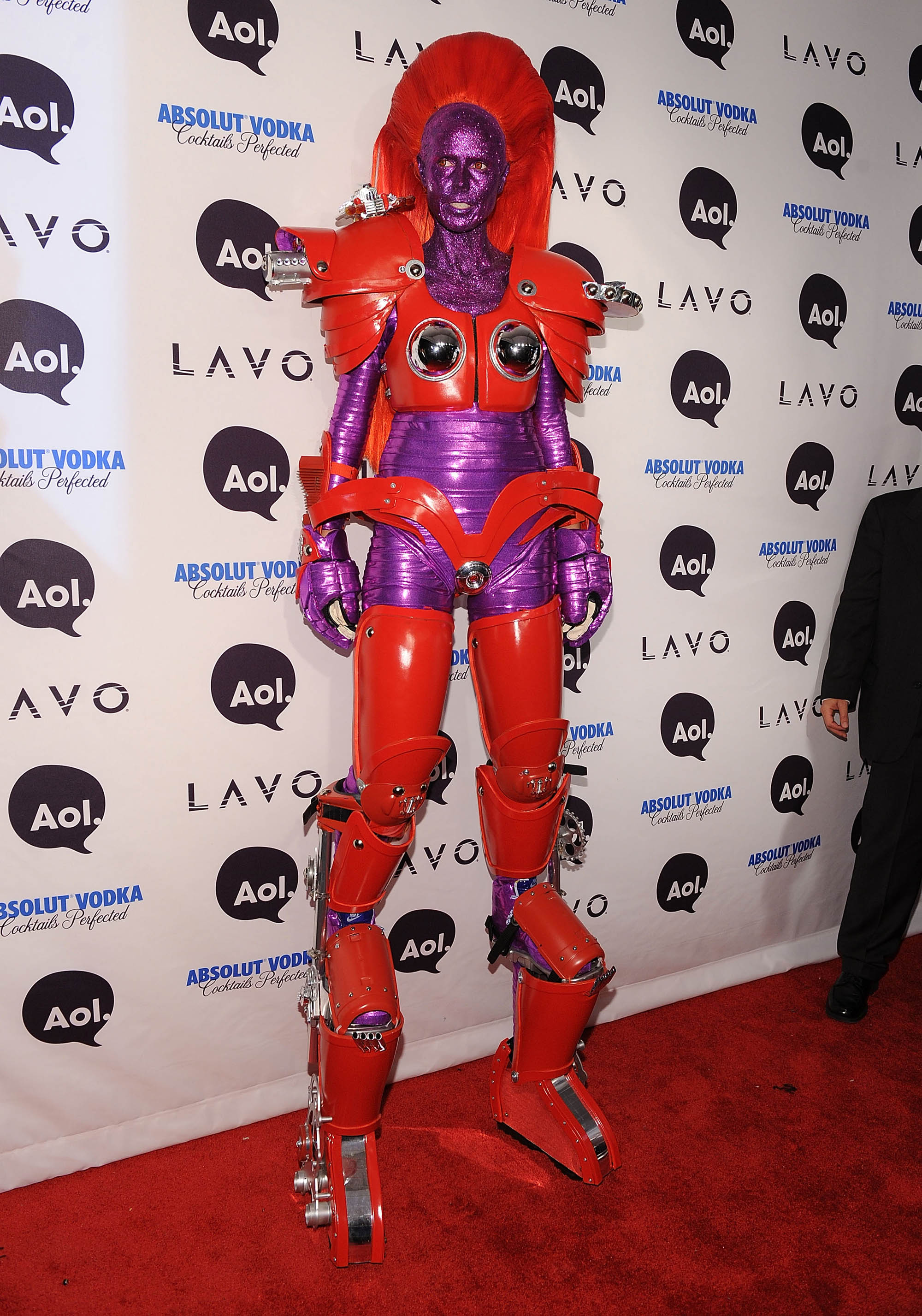 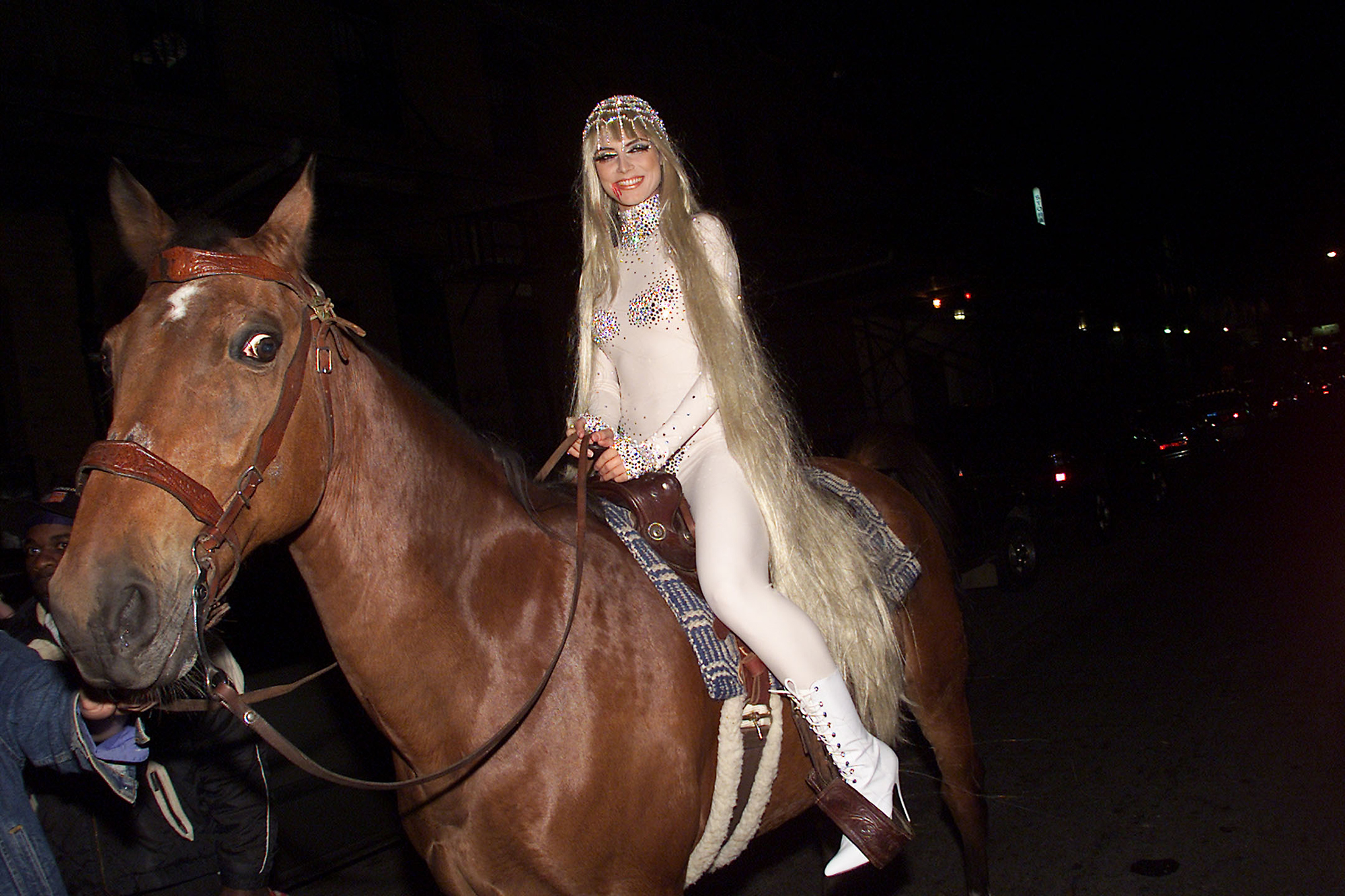 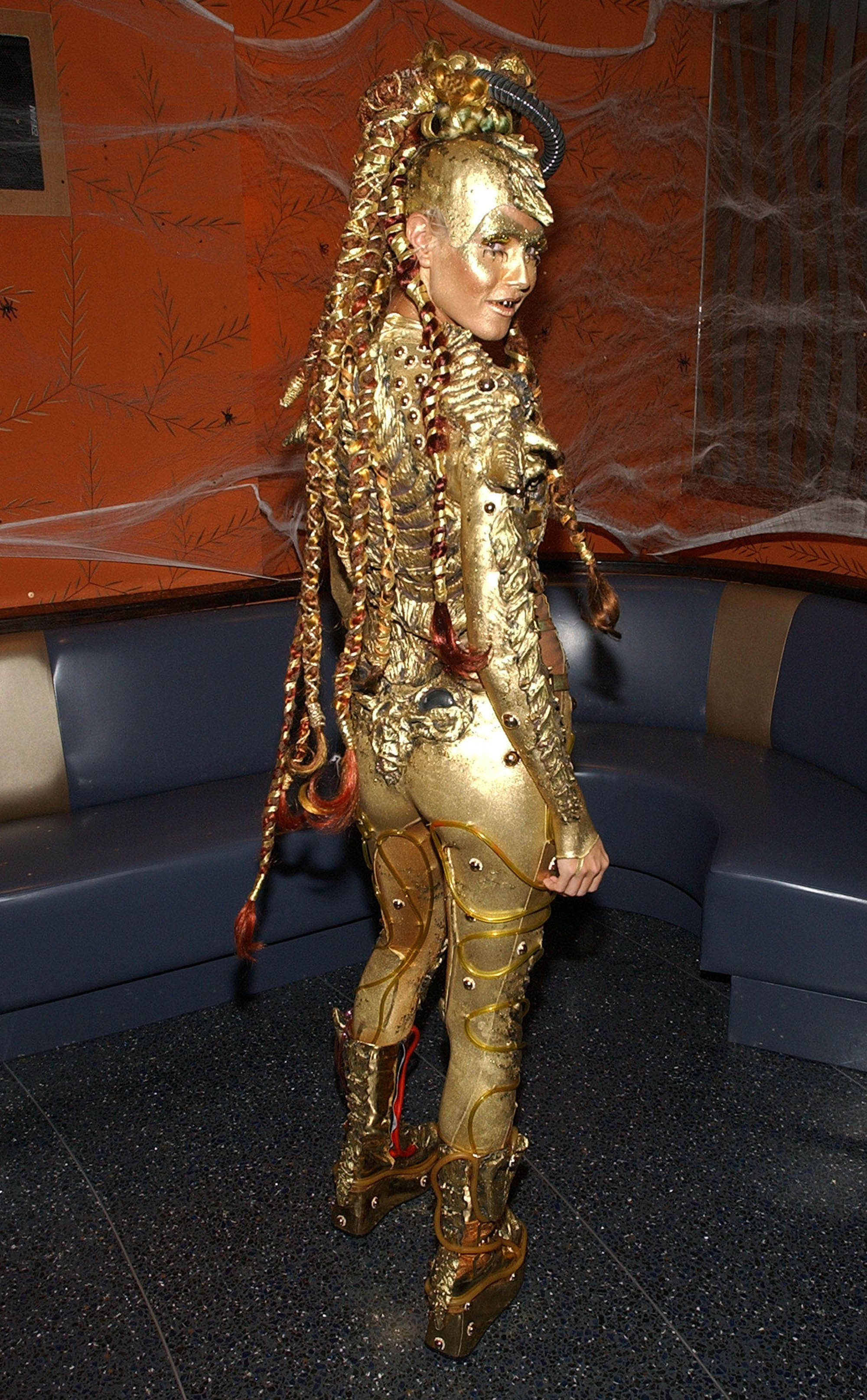