HENRY DEEDES on Boris Johnson and the Ukraine crisis 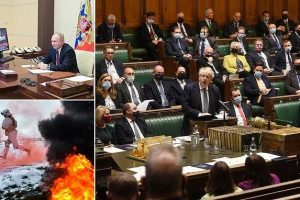 The clownish actors tried auditioning for weightier roles at last: HENRY DEEDES on the Ukraine crisis and Boris Johnson’s threat of tougher sanctions

Lunchtime in the Commons and all of a sudden there came a blissful reprieve. Gone were the howls, the heckles and the piggy squeals of recent weeks. Anger was adjourned and indignation postponed.

Opposition MPs, who for the past few weeks have flapped their hands and waggled their tonsils, now sat bolt upright with their expressions rearranged to express a profound sense of concern. Clownish actors suddenly auditioning for weightier roles.

The Prime Minister had come to the House to issue a statement on the increasing prospect of war in Ukraine. It was as though the whole Chamber had at last found some perspective on what truly matters. 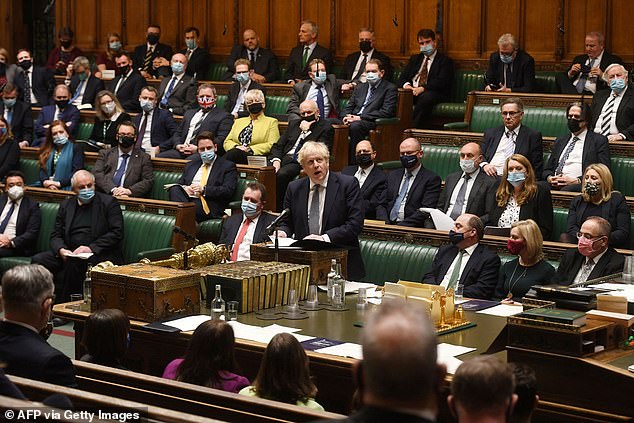 The Prime Minister had come to the House to issue a statement on the increasing prospect of war in Ukraine. It was as though the whole Chamber had at last found some perspective on what truly matters

Boris Johnson too projected a sense of gravitas – one that has rather gone walkabout during the Partygate hullabaloo.

More from Henry Deedes for the Daily Mail…

It helped that he had written his script himself. You can always tell when words have come from someone’s own quill – and especially from this wordsmith.

Boris informed the House that should Russia invade, he would be issuing sanctions ‘heavier than anything we have done before’.

The UK and its allies were not prepared to ‘bargain away’ the vision of a free Europe.

Should Russia unleash its destructive firepower on the Ukrainian people, ‘I shudder to contemplate the tragedy that would ensue,’ he said, voice reduced to a quiet whisper.

The Chamber listened with a respectful hush. The Prime Minister’s voice was interrupted only by the faintest of sounds – a squeak of green leather, a scratch of a clerk’s pen nib. Beside him sat Defence Secretary Ben Wallace, knitting his brow furiously.

Midway through, a breathless Foreign Secretary Liz Truss had arrived, her peony cheeks flushed with anxiety.

Narrowing those droopy eyes, Boris predicted worse bloodshed than anything in Europe since 1945 should Vladimir Putin continue on his path to war.

Catastrophe would be felt by all, not just Ukrainians. ‘Many Russian mothers’ sons will not be coming home,’ he said. As he resumed his seat, members whispered their appreciation. It was an excellent speech.

Sir Keir Starmer did not seek to squabble with the Government. He had his own ‘four-point plan’ for Ukraine apparently. Get a load of the global statesman in waiting!

Creaky old Colonel Bob Stewart (Con, Beckenham) agreed that sanctions were the best way forward. No better way of hurting Putin than by hitting him in the pocket. Sir Iain Duncan Smith (Con, Chingford and Woodford Green) stressed the importance of letting Russia and China nowhere near our key infrastructure.

To think it was only two years ago that MPs were debating whether to let state-affiliated Chinese firm Huawei build our 5G network.

There was a quibble from Alison Thewliss (SNP, Glasgow Central) who made a jibe about iffy Russian cash floating around London ‘so much of which ends up in Tory coffers’. Cue a barrage of outraged guffaws from Conservative MPs. 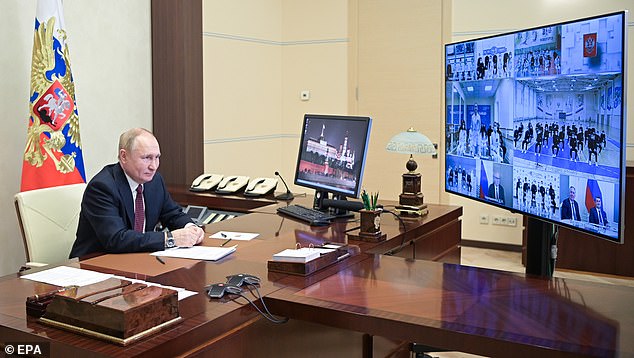 Boris informed the House that should Russia invade, he would be issuing sanctions ‘heavier than anything we have done before’

Otherwise, the session was remarkably consensual – a marked contrast to scenes just an hour before when Angela Rayner was granted an urgent question on the Downing Street parties scandal.

Opposition MPs worked themselves into the usual soapy lather, but more notable was how many Conservative backbenchers were now willing to come to the Prime Minister’s aide. When the last urgent question on Partygate was raised two weeks ago, most sat in embarrassed silence.

It would be tempting to assume the whips had cracked a few skulls together, were it not for independent-minded souls such as Sir Edward Leigh (Con, Gainsborough) who dared to suggest that there might be more pressing issues for MPs to consider than whether or not the PM had been served a piece of birthday cake in the office.

No – it was more likely, I suspect, that many had returned to their constituencies last weekend and were told by voters to belt up, hunker down and get on with addressing the important matters of state. 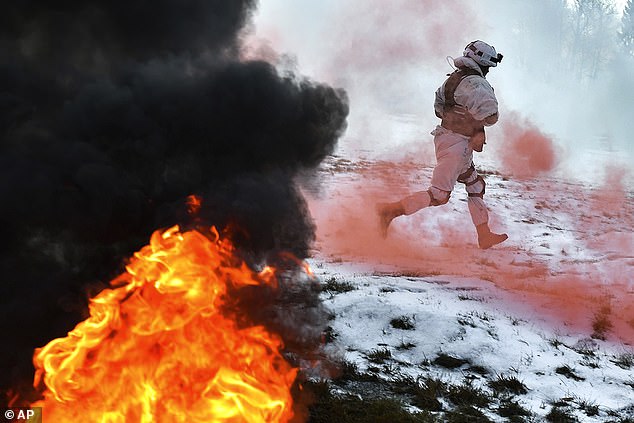 Narrowing those droopy eyes, Boris predicted worse bloodshed than anything in Europe since 1945 should Vladimir Putin continue on his path to war