Here’s What November’s Full "Beaver Moon" Means For You

Thanksgiving is fast approaching — but that’s not the only thing of note happening on Thursday this week: A full moon will also take to the sky that night, making the holiday extra bright. But as it turns out, the November 2018 full moon has tons of spiritual meanings beyond its coincidence with Thanksgiving. Generally speaking, it will be a time of great activity — so if you already know you have a to-do list as long as your arm, get ready to buckle down and tackle each item on it, one by one.

First, though, the nitty-gritty: According to Space.com, the November full moon will rise for New York stargazers at 4:36 p.m. on Nov. 22. It will officially hit fullness — that is, it will crest — at 12:39 a.m. on Nov. 23; then it will set later that morning, at 7 a.m. Also visible in the sky on Thanksgiving eve will be Mars and Saturn; look to the western sky about a half hour after sunset to see it. If you’re in New York, that means you’ll want to be on the lookout for those planets a few minutes after 5 p.m.

Like every other full moon on the calendar, the November full moon has a specific name, as well. As National Geographic puts it, these names have historically derived from the monikers coined by ancient cultures all over the world who long “used the movement of the moon to keep track of the passing year and set schedules for hunting, planting, and harvesting.” The names were typically based on “the behavior of the plants, animals, or weather” during each month. In the United States, the names now widely used for the full moons come from the names used Native by tribes — commonly those used by Algonquin tribes in particular, according to Space.com. 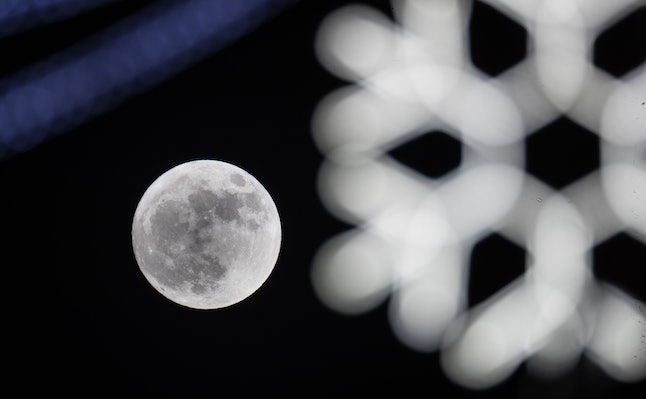 November’s full moon is usually referred to as the Beaver Moon or Full Beaver Moon — although interestingly, there are a few possible explanations for why that is. According to the Farmer’s Almanac, November was the month in which Algonquin tribes set beaver traps in order to ensure they had an adequate supply of warm furs for the winter; the traps had to be set before the swamps froze, so any later than November and it would be too late.

However, there also might be a different meaning behind the name: “According to folklore,” notes Time and Date, “the full moon in November is named after beavers who become active while preparing for the winter.” Beavers don’t hibernate, but they do become less active in the winter — which means that they have a lot of preparations to make before the weather gets too cold, including building up food caches and building and repairing their dens and lodges, according to the Washington Department of Fish and Wildlife.

The November full moon is sometimes known by a different name, too: The Frosty Moon. Indeed, Western Washington University’s Skywise page lists the Native names for the November full moon according to almost 30 tribes — and many more of them relate to the Frosty Moon moniker than the Beaver Moon one. The names like “yubaubi mua,” or heading to winter moon” (Comanche); “alangitapi,” or “moving inside for winter” (Kalapuya); “echolee,” or “frost moon” (Creek). Despite their linguistic differences, though, both the “Beaver Moon” and “Frost Moon” names have connotations of preparing for winter.

Many astrological interpretations of the November full moon echo the meanings found in these two names, as well: It’s seen as a time to get stuff done. As the online psychic and spiritual community Mystic Familiar puts it, “This is the last full moon of action for the year, so don’t wait to do what needs to be done.” A time to rest will come shortly — that’s what December, whose full moon is called the Cold Moon, is for — but before you get to that point, you’ve got to do the work first. 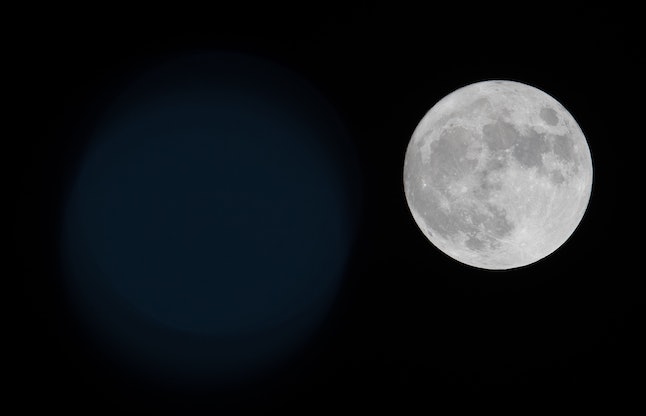 What’s more, the 2018 November full moon will be in Gemini. As Astrology.com notes, Gemini, the “trickster of the zodiac… never stays in one place for too long… and under its influence, we won’t to, either!” Accordingly, November’s full moon is an excellent time to try new thing and meet new people. The site also observes that during this specific full moon, your “sense of self [might feel] a lot more fluid,” which can make it a good time to “[try] on different ideas and identities, without being limited or defined by any particular one.” Your goal this month should be “gathering information — not worrying about how it all fits into the grand scheme of things.”

However, you’ll also want to proceed with caution. Astrology King observes that, because the November 2018 full moon is also influenced by the planetary aspect Mars square Jupiter — that is, Mars and Jupiter will be about 90 degrees apart in the Zodiac circle — you’re also likely to impulsive, reckless, and quick to anger during this time. It might help to brush up on any techniques you use to calm yourself and keep your cool in advance of the full moon.

Of course, it’s also worth noting that, south of the equator, the November full moon has a whole different set of names and meanings, among them the Corn Moon, the Milk Moon, the Flower Moon, and the Hare Moon, according to Earth Sky. Like any other full moon — or any other time of year more generally — the November 2018 full moon might just be what you make of it yourself. What do you hope to get out of it? Start there, and the rest will follow.