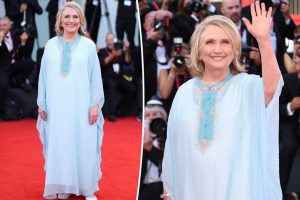 Kim Kardashian defeats Hillary Clinton in round of legal trivia

American Hustle: How Bradley Cooper and Huma Abedin are the new George and Amal Clooney

Hillary Clinton surprised the crowd at the 2022 Venice Film Festival Wednesday with a red carpet cameo.

Dressed in a powder blue caftan in place of her signature pantsuit, along with textured pointy-toed flats, the former first lady and secretary of state attended the Italian fest’s opening ceremony, which included the world premiere of Noah Baumbach’s new film, “White Noise.”

The 74-year-old politician further accessorized her beaded, subtly polka-dotted ensemble with a pair of clear bangles, silver earrings and a sparkling necklace that read “Jasper” — the name of her and husband Bill Clinton’s youngest grandson.

She last hit the red carpet for the 2022 Met Gala in May, dressed in an Altuzarra gown embroidered with the names of boundary-breaking women including Harriet Tubman, Rosa Parks, Madeline Albright, Lady Bird Johnson and more. 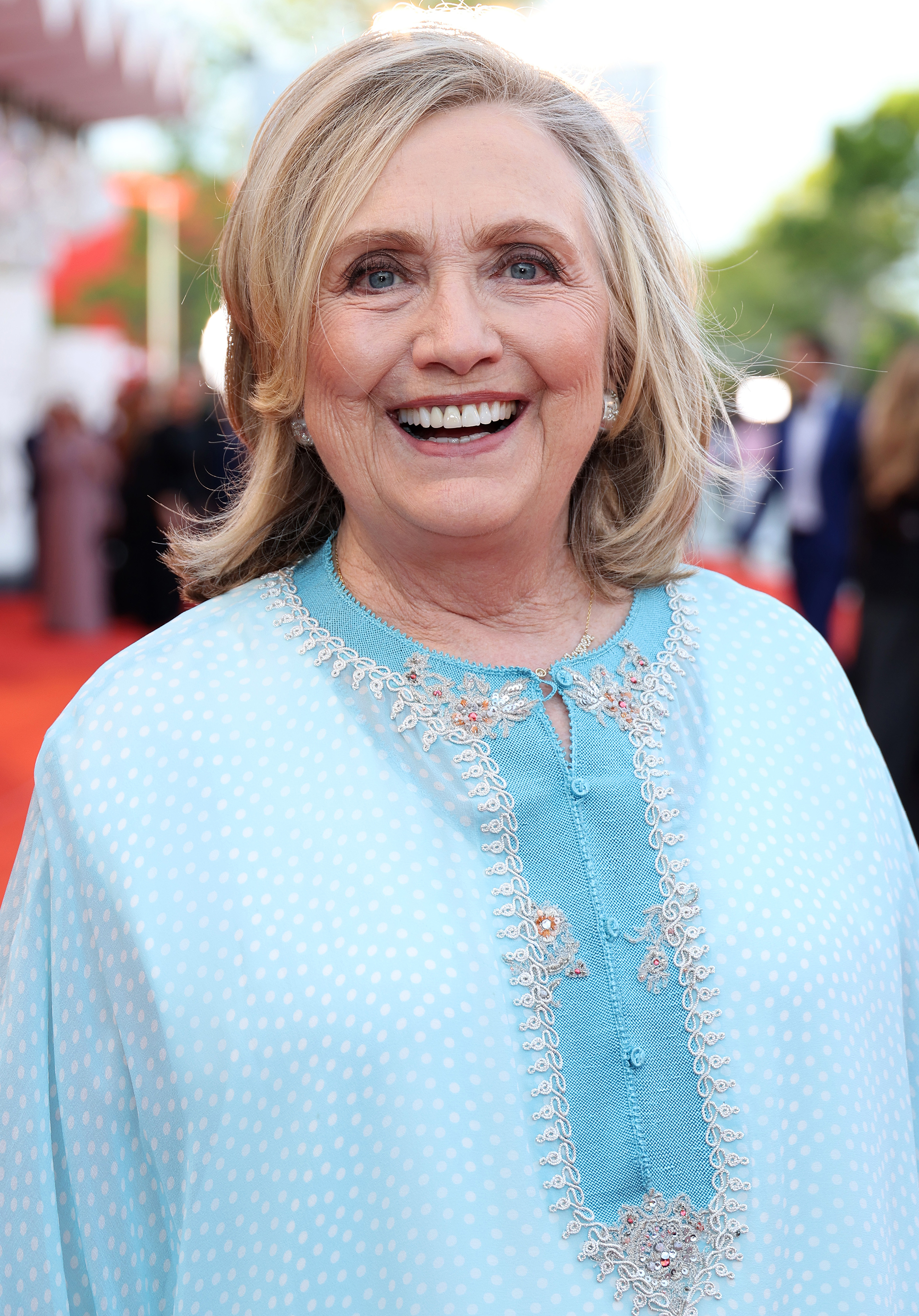 Clinton wore a necklace adorned with the name of her youngest grandson, Jasper. 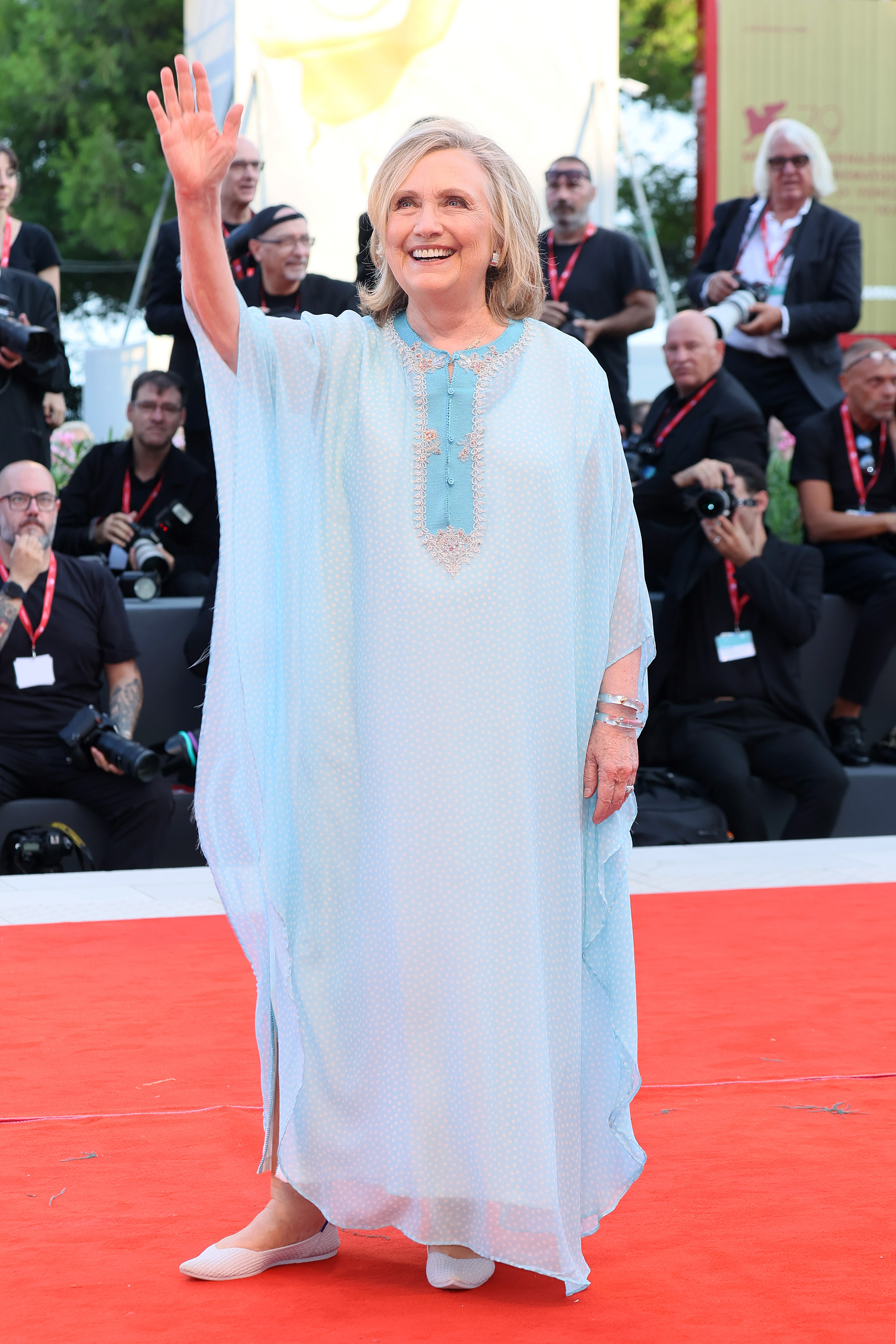 She last hit the red carpet at May’s Met Gala. 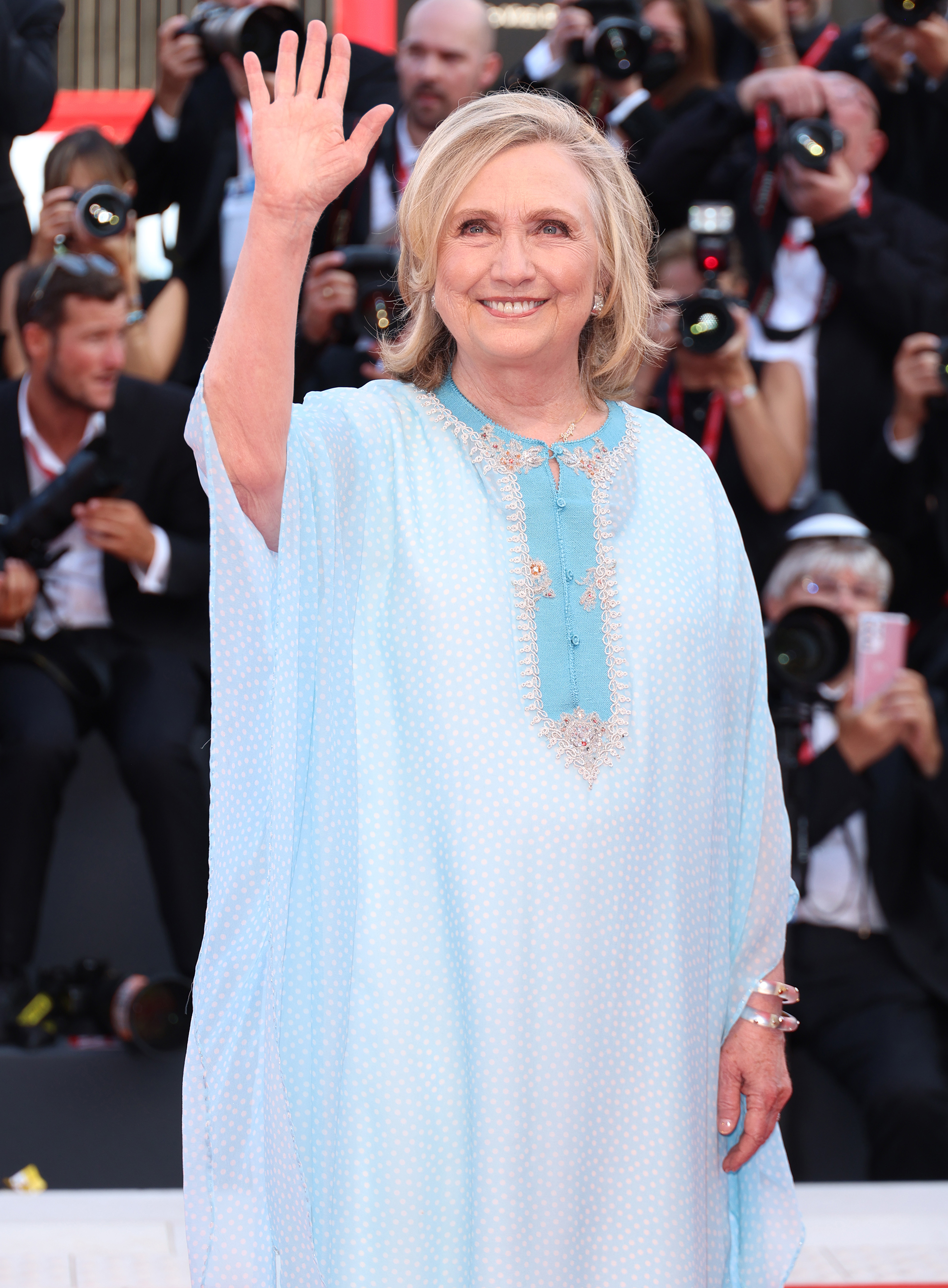 Next up, she’s set to attend the Toronto International Film Festival (TIFF) for the premiere of “In Her Hands.”