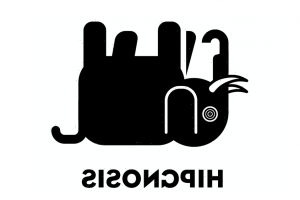 Although Hipgnosis Songs Fund was unusually quiet in the last six months of its fiscal year, the company that helped propel the value of music catalogs in recent years saw its value grow by nearly 5.5%, and picked up a 24% gain in gross revenue, according to its just-issued annual report.

The outside evaluator cited in the report, Barry Massarsky, partner at New York-based Massarsky Consulting, stakes London-based Hipgnosis’ value at $2.69 million in U.S. dollars, a gain of $140 million for the fiscal year that closed March 31. That’s despite taking a half-year off from its practically non-stop shopping spree, which over the years landed the assets of such composers and artists as Nile Rogers, Barry Manilow, the Chainsmokers, Neil Young, Shakira, Stevie Nicks and Lindsey Buckingham.

While its acquisition pace quieted in the second half of the year, the company still landed eight key assets during the fiscal year, including Red Hot Chili Peppers, Christine McVie of Fleetwood Mac, Rhett Akins, the Monsters & Strangerz (Stefan and Jordan Johnson), Elliot Lurie, Heart’s Ann Wilson and Kaiser Chiefs. The company cites better than expected growth from song streaming as a factor not only to its performance during the fiscal year, but names it and the recent confirmation of higher royalty rates from the U.S. Copyright Royalty Board as reasons for future optimism.

The company manages more than 65,000 songs from more than 150 catalogs, from which the annual report cites such bragging rights as 67 of the 271 songs that have registered a billion plays at Spotify, 13 of YouTube’s all-time most viewed videos, 3,854 No. 1s across global charts and 156 Grammy-winning songs.

“Over the last four years, we have acquired an incomparable portfolio of some of the most successful and culturally important songs of all time, now valued at $2.7 billion,” says founder and CEO Merck Mercuriadis, among the statements he shares in the annual report. “The unique strength of our catalog is demonstrated by the 9.9% increase in the Operative NAV to $1.8491 per share, as reported by our independent Portfolio Valuer, and a Total NAV Return of 14.2%.

“This is largely driven by our iconic songs outstripping the general market growth in streaming, particularly in the second half of 2021, providing validation for our investment strategy.”

Although Hipgnosis Songs Fund took a pause from landing catalogs, the related Hipgnosis Songs Capital, a private fund backed by investment firm Blackstone, has been on the prowl and picking up catalogs, including the Leonard Cohen estate in March and Justin Timberlake in May.

“We see this investment as a major vote of confidence for Hipgnosis Songs Fund, the asset class we have established and our investment strategy. Additionally, the investment that Blackstone has made has already enabled us to make considerable additional investment in the Investment Adviser’s most important capabilities, including data analysis, investment processes, Song Management and communication. Hipgnosis Songs Fund shareholders will benefit directly from these upgraded capabilities.”

Aside from its relationship with Blackstone, Hipgnosis Songs Fund is advised by Singer Capital Markets, J.P. Morgan Cazenove and RBC Capital Markets.