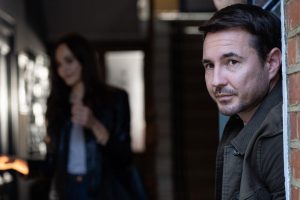 ITV drama Our House follows the story of a couple who decide to 'birdnest' after a separation.

Instead of selling the family home, they decide to maintain joint ownership of it and keep it as a base for their children.

In 'birdnesting', the kids stay where they are and the parents do the shuttling back and forth. One parent stays in the family home, while the other stays in a flat or bedsit nearby, and then they swap.

Despite being a rather unconventional approach, it is on the rise, lawyers note, largely among middle-class families.

Supporters of birdnesting – so-called because bird parents take it in turns to look after their young in the nest – argue it creates greater stability for the children.

“We wanted to keep stability for the kids, and not just tear up everything all at once,” 38-year-old Niklas Björling from Stockholm told the BBC.

His young family nested for eight months after he and his wife separated.

“The children could keep their home, school and friends as before,” he explained.

But it also comes with significant emotional and financial drawbacks that many lawyers believe make it unrealistic as a long-term solution, although it might help with families transitioning to life after divorce.

Birdnesting has been popular in Sweden since the 1970s, The Economist notes, and is growing in popularity in other countries, including the UK.

Jennifer Curtis, a partner at Maguire Family Law, which has offices in Manchester, Cheshire and London, has noted a rise in the number of divorcing couples exploring birdnesting.

"It is certainly an option that more clients are considering, with a view to keeping things as amicable as possible and having the least effect on the children," she said.

"This is something we most often see in the early stages of separation, where the parties still own the family home."

But critics argue it can create a “halfway house” situation which doesn’t help children process the reality of their parents' separation.

Eline Linde, who lived in a nesting household near Oslo when she was a teenager, told the BBC she found the experience “strange and confusing”.

“I didn’t know if it was mum or dad’s house, or if they were working out if they were getting back together,” recalls the 28-year-old.

Some psychologists argue that nesting can have a negative psychological impact on the parents in terms of boundaries, their ability to get over the breakup and moving on with future partners.