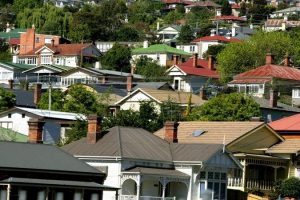 Forty per cent of renters in most Sydney and Melbourne electorates are suffering financial stress, new data shows as the major parties prepare to fight an election on cost-of-living concerns.

Labor electorates, including marginal seats, are strongly affected by renters under financial strain, data from the University of NSW City Futures Research Centre reveals, with between 61.5 per cent and 76.5 per cent of renters financially stressed in the top five NSW and Victorian seats. 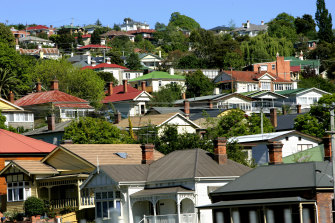 More than 150 community and faith organisations and unions have signed a joint letter calling on the government to use the March 29 budget to improve housing affordability.Credit:Nic Walker

Kate Colvin, spokeswoman for advocacy group Everybody’s Home, said the data showed the need for investment in social housing and that 20,000 new properties a year were required.

“Incomes are not keeping up with surging housing costs,” Ms Colvin said.

“This is no longer an issue which impacts only those on modest incomes. Middle income Australians can’t keep up with rent and mortgage payments.”

More than 150 community and faith organisations and unions have signed a joint letter by Everybody’s Home to Treasurer Josh Frydenberg, calling on the government to use the March 29 budget to improve housing affordability for Australians struggling in the rental market.

Prime Minister Scott Morrison said on Friday that there was “no doubt that in any housing market … getting more houses built is what takes the pressure off housing prices” and that “we need more homes being built”.

But the Coalition has not moved on calls to invest in social housing ahead of a federal election.

The analysis by Digital Finance Analytics – which surveys 52,000 households a year – looked at living costs and income, defining financial stress as having less than 5 per cent of income left over after expenses.

This is different from the Australian Bureau of Statistics’ definition of rental stress as paying more than 30 per cent of gross household income on rent.

Everybody’s Home recently commissioned a poll of voters in the key marginal electorates of Gilmore (NSW), Longman (Queensland) and Flinders (Victoria), which found a majority believed the federal government had failed to confront the housing rental crisis.

Ms Colvin said social housing would deliver a boost to the economy as well as alleviating housing stress.

“Building just 25,000 social and affordable homes per year would generate annual economic output of $12.7 billion and create 15,700 jobs,” she said.

“Failure to deliver more social housing will further exacerbate what is already a developing social crisis.“

Federal Labor has ruled out changes to negative gearing or superannuation rules to tackle housing stress and has instead promised to increase the supply of social housing by 30,000 properties over five years.

Opposition Leader Anthony Albanese said on Saturday that he would “have more to say about housing in the lead-up to the election”.

The National Housing Finance and Investment Corporation had approved more than $2.7 billion of loans to community housing providers to build more than 14,000 properties.

“The government does not comment on budget speculation,” Mr Sukkar said on the possibility of further relief for renters.

Opposition housing and homelessness spokesman Jason Clare said that the nation’s housing crisis “has got worse under Scott Morrison”.