The news that came out Wednesday morning about the six-week abortion ban in Texas sent my stomach plummeting and my blood pressure skyrocketing.

Abortion laws are not theoretical to me. People who procure abortions are not the stereotypical images pulled from evangelical Christian proselytizing, but are my friends and family. I have always been pro-choice, but up until 2016, the decisions were theoretical. I had never expected to want or to procure an abortion for myself, but supported the right for others.

On Sept. 27, 2016, the floor dropped out from underneath my feet. I was 18 weeks pregnant with my second pregnancy, identical twin boys, and had come to the appointment alone, secure in the fact that so far, everything had gone smoothly.

At my 18-week appointment, I lay by myself on the ultrasound table, my husband Zach en route from work with only the news that “they found something bad.” We found out that one of our boys had serious heart problems. After two agonizing weeks of testing and talking to professionals, a pediatric cardiologist finally confirmed our suspicions of Twin to Twin Transfusion Syndrome, or TTTS, and sent us eight hours away to the Cincinnati Fetal Center, where there were experts trained in diagnosing and treating the disease.

On Oct. 4, 2016, after a grueling day of medical testing, my husband and I arrived back in our hotel room across the river in Covington, Kentucky, in a state of exhausted relief. The twins did indeed suffer from TTTS, but they also appeared to be good candidates for surgery to correct the problem. The only minor concern in our minds was that the doctors seemed worried about how short my cervix was, but since I wasn’t experiencing any signs of labor, we were told to rest and come back in the morning to discuss surgery. We texted our families updates and watched “Seinfeld” while eating Chinese food.

As soon as I woke up on the morning of Oct. 5, I knew something was wrong. I went to the bathroom and felt an uncomfortable pressure that was unrelated to any digestive issues. I walked over to the bed and woke up my husband. As I was telling him that I thought something might be wrong, I felt a contraction. I crouched on the floor and leaned my head on the bed as I told him to call labor and delivery.

I was 3.5 centimeters dilated and one of my bags of water was bulging, meaning that it was starting to enter my vagina from my cervix.

The doctors and nurses who treated me will forever have an angelic glow in my memory. Despite the way this story ends, they were not the antagonists. I truly believe that they did everything that they could, and we were only ever treated with kindness and compassion. They started me on drugs to stop my labor and put me on hospital bed rest. Every once in a while, they would do an ultrasound to check on the babies and would report that Baby B’s heart was continuing to fail. The doctors would pop in and suggest different treatments, antibiotics, the Trendelenburg position, but it was clear that they were grasping for hope.

I will never forget the kind physician who sat next to my bed and answered all of my questions. When I asked him what he estimated our odds to be if we did everything we could, he answered that there was a 90% chance that neither baby would live. I clutched the side of the hospital bed and wailed in pain.

Eventually, we asked to speak to a hospital chaplain. A Catholic priest entered the room, and I felt comforted by speaking to someone of my own denomination. I told him what was on my heart: that there was little hope for our sons, and that perhaps I should let my body deliver them in order to save my own health and be able to return to our older son. From what multiple physicians were telling me, I could very well be stuck in the hospital for weeks only to have my twins die anyway.

I asked the chaplain if God would be angry with me if I gave up on our sons. He handed me a prayer shawl that was hand-knit by a volunteer and told me that he was sure that God would not be angry. “God is sad about this, too,” he told me. He laid his hands on my belly and administered the Anointing of the Sick.

I called the physician in again and told him that I’d like to go off of the medication that was preventing my labor. I double-checked with him and with two other physicians ― there really wasn’t anything they could do to save my boys? There was not. However, he warned me kindly, I should know that they could take me off of the drugs, but, due to Ohio law, they could not help me deliver my babies. Helping my labor progress when my babies weren’t viable was akin to second-trimester abortion in Ohio, and therefore, they could only deliver them if two doctors signed a form certifying that my life was in danger.

I would have sworn that I knew what he meant and what lay ahead for me, but I did not. 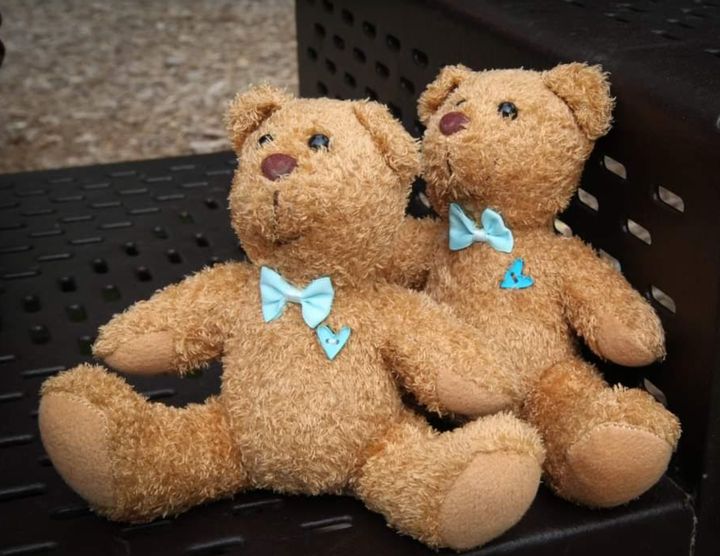 At 11 p.m., I was moaning in pain and asking for an epidural. I had given birth before and labored quickly, and I knew that I was rapidly approaching 10 centimeters. It was a mystery to me why no doctor was coming to deliver my babies ― surely I didn’t even need to be dilated to 10 centimeters for micro preemies? While talking to the physician, it had never crossed my mind that I would continue to dilate and they still wouldn’t help me. I had assumed that the law meant only that they couldn’t deliver Pitocin or another drug to enhance and speed up labor.

The anesthesiologist tried three times to place my epidural. A nurse named Adrienne gripped my shoulders and told me to lean on her as I moaned in pain from trying to keep still. Eventually, epidural placed, Adrienne helped me get comfortable in the hospital bed. Zach sat by my side. Still, no doctors came. My blood pressure continued to climb, and Baby B’s heart continued to fail.

Ohio state law, section 2919.151, titled “Partial birth feticide,” states that “When the fetus that is the subject of the procedure is not viable, no person shall knowingly perform a partial birth procedure on a pregnant woman when the procedure is not necessary, in reasonable medical judgment, to preserve the life or health of the mother as a result of the mother’s life or health being endangered by a serious risk of the substantial and irreversible impairment of a major bodily function.”

Going against this law would be a second-degree felony.

I woke up from a drug-induced sleep around 8 a.m. Finally, my blood pressure was high enough. Finally, after a leak in my amniotic fluid the previous night, I had been subject to possible infection long enough that my life was suitably in danger. Two physicians signed the form.

Theodore Nicholas was born at 8:48 a.m. He was tiny and beautiful and had a sweet patch of dark hair on his head. He died 30 minutes later in his father’s arms. Holden Benjamin was stillborn and was delivered at 9:17 a.m. Accompanying his birth was a tide of blood as my exhausted body gave out. 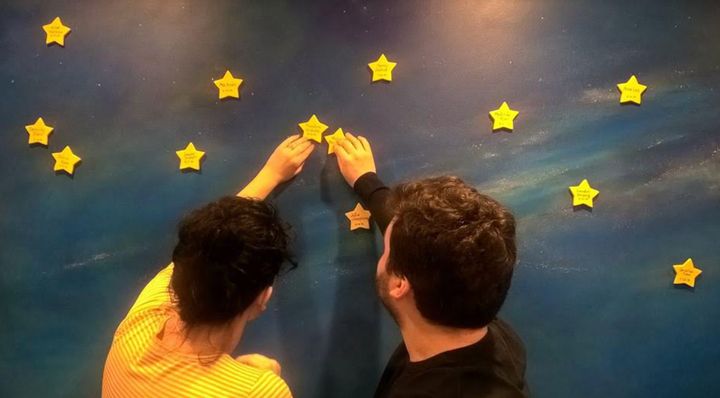 I had never fully understood the political reach of these abortion laws until I was fighting for my life and for the lives of my babies, was forced into 12 extra hours of agony and torment, and was denied meeting one of my sons, all because a group of politicians decided that they knew what was best for pregnant women.

Some women need abortions. Some people disagree with that. I have a hard time imagining, however, that these laws were put into place in order to force mothers who desperately want their children into further torture while they are simultaneously preparing for the worst event of their lives.

I’ve had people say to me that I must feel more strongly pro-life after having my twins, having seen how tiny and precious life is so early on. I do not. I feel more strongly than ever that women know what their bodies and their babies need, and that any political interference between mother and doctor is only prolonging people’s torment ― and not only for people who don’t want their babies, but those of us who desperately do.

In a twist of which the irony is not lost on me, Holden, due to being stillborn, does not have a birth certificate. He does not have a Social Security number, a death certificate, or any of the other mundane documents that his identical twin brother has. This baby, which Ohio law so strongly felt had personhood while in my womb, was denied the very details of personhood that would have enabled us to claim him on our taxes and access free cremation at the hospital.

While that might seem like splitting hairs to someone who has not been through what my husband and I have, to a bereaved parent, every single document and right that you can advocate for your baby is to be treasured.

It’s been four years since our twins were born and subsequently died. We’ve had another baby within that time, and have, for all outward appearances, been able to move forward in our lives.

We will never move on, however. No grieving parent can. We lost two of our sons, and that will always be part of our story.

While that grief is heavy on its own, the PTSD that I have suffered from my labor and delivery experience makes matters all the worse. Flashbacks to feeling alone and ignored while I was in pain and grieving. The feeling of the hospital bed tipping backward quickly so that the doctors could stop my bleeding when Holden was born. The social worker walking in and telling us with little compassion that Holden was not eligible for birth or death certificates.

Helen Werner is a visiting assistant professor at a small liberal arts college in the Midwest. She is the mother of four boys, two of whom, twin boys, are deceased. She has been published in Parents magazine and Coffee + Crumbs.

Do you have a compelling personal story you’d like to see published on HuffPost? Find out what we’re looking for here and send us a pitch!