How a hurricane-devastated community is coming together for Thanksgiving

A little over a month after Hurricane Michael made landfall in the Florida Panhandle as one of the strongest storms in U.S. history, members of one of the hardest-hit communities are coming together to create a Thanksgiving feast for all.

The storm virtually wiped out the coastal community of Panama City, leaving thousands homeless and nearly destroying local schools — many of which were only able to re-open last week, a full month after the storm.

Do You Know Someone Who Deserves the ‘GMA’ Spotlight? Tell T.J.! Submit a photo or video telling us why your someone is so spectacular here.

Jinks Middle School, once a community gathering place, was so badly damaged that one student said it looked like what you see in the movies.

“I haven’t seen this much damage in my entire life,” middle schooler Ella Daube told “Good Morning America.” “You see it in movies. You see it in TV shows. But when it actually happens, it’s terrifying.”

Jinks Middle School Principal Britt Smith told “GMA” that the school gym had been completely decimated in the storm.

“It would be the type place where we would have 575, if not more, people that would come together to watch not only athletic events, but also graduations,” Smith said. “So a big part of our community has been taken away by the storm, that got the walls blown out as a result of Hurricane Michael.” 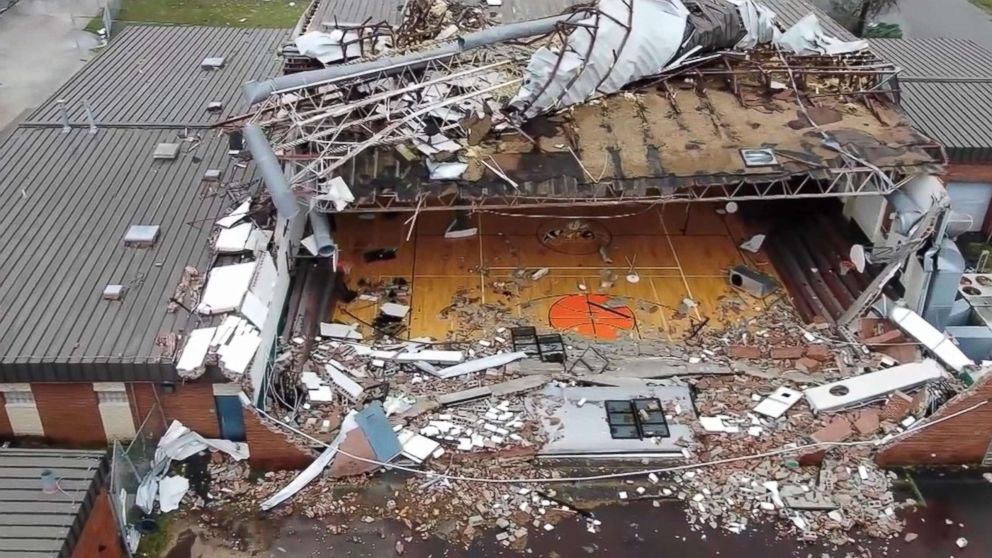 Residents are slowly picking up the pieces, and as a way to show their community’s resiliency, the Bay School District hosted a Thanksgiving dinner event for members of the community.

Greg Bailie, the Bay High School culinary director, told “GMA” he is leading the charge as a way to set an example for his students.

“We lost everything,” he said. “As hard as it may have been — you still gotta roll your sleeves up. And you gotta fight every day.

“No matter what you went through, somebody else is worse off,” he added. “And you got to help them.”

The event, which was held Tuesday night, was attended by hundreds of members of the community, one of them saying many people in the community are still in “survival mode.”

“You don’t even think about the fact that it’s a national holiday,” one person who attended the event told “GMA.” “We would normally be preparing to have dinner with our families; we’re still in survival mode.” 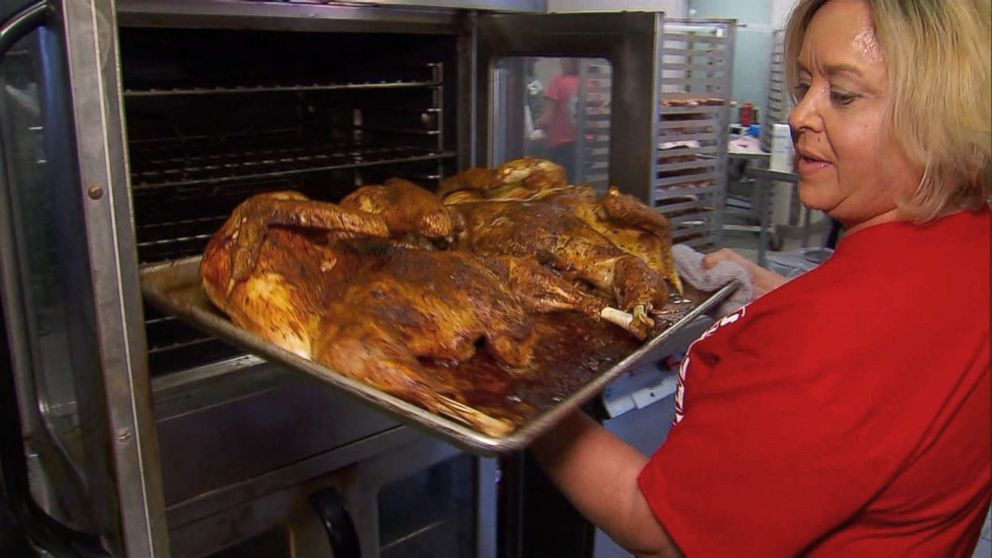 Another attendee told “GMA” that her family has only been eating canned goods because they don’t have a way to cook in the motel room where they are staying.

When the folks at Nestle heard about the plans for a massive community Thanksgiving meal, they rallied their teams into action, and sent truckloads of ingredients.

Some of those ingredients were 1,300 pounds of canned pumpkins, 35,000 cups of coffee, enough gravy base to make 84 gallons of gravy and enough corn pudding and green bean casserole mix for 5,000 people, to name a few.

Plus, Nestle surprised Smith and Bailie with even bigger news on “GMA” Wednesday: The company donated $20,000 to help rebuild the school in the aftermath of the hurricane. 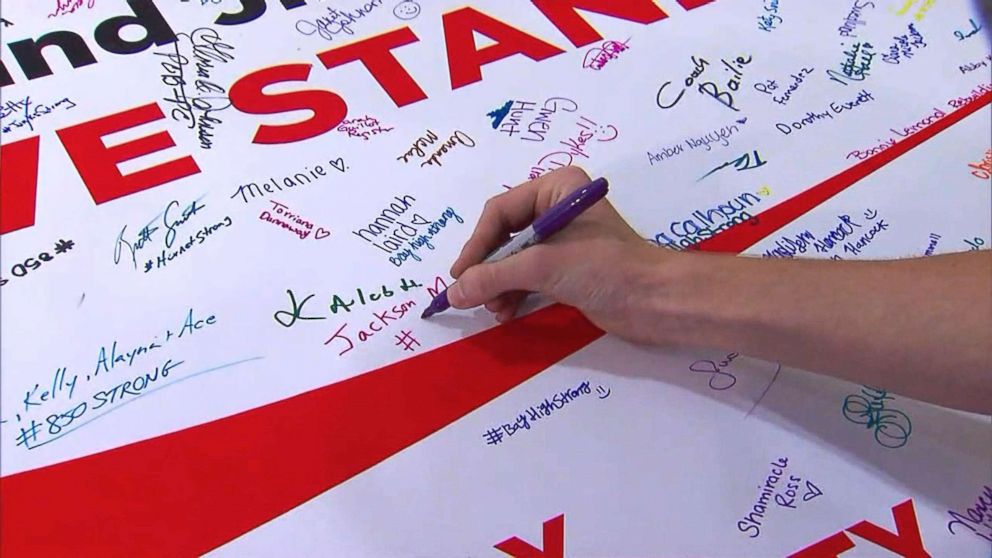 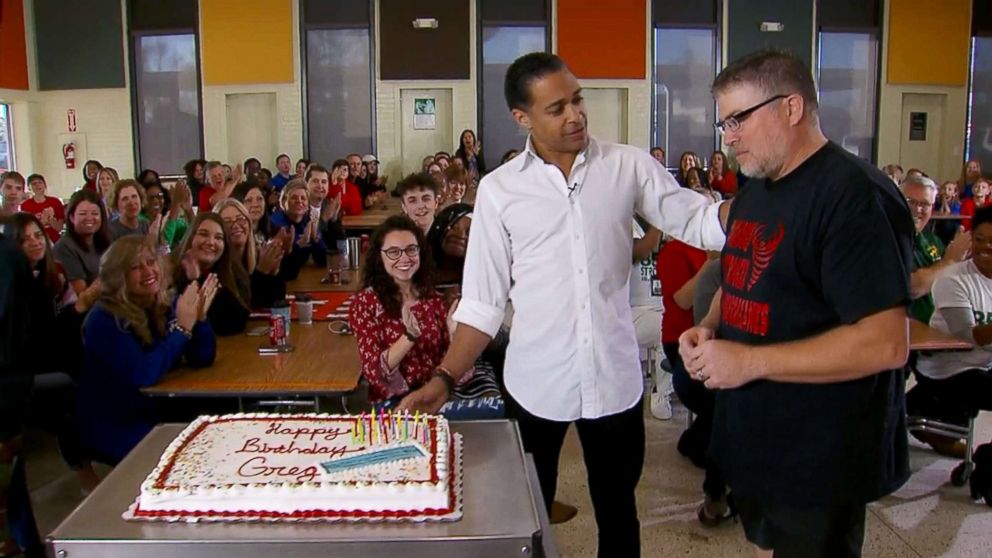 Do You Know Someone Who Deserves the ‘GMA’ Spotlight? Tell T.J.! Submit a photo or video telling us why your someone is so spectacular here.