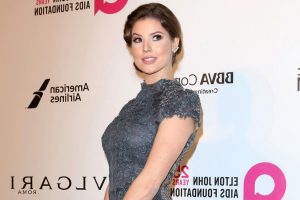 Amanda Cerny is a famous  film actress, television personality, and social media influencer. The glamorous young entrepreneur came into prominence after she featured as ‘Playboy Playmate Of The Month’ in October 2011, with her popularity and social media rostrum skyrocketing as a result. Amanda’s global outreach is a testament to her hard work and perseverance, with her Instagram and Facebook handles featuring upwards of 34 million followers combined.

Amanda’s illustrious modeling career began at the tender age of 15. The young social media star was passionate about modeling from her early days, with her ardent outlook on life eventually turning her into a professional model in 2011. Amanda’s prominent career path is immensely colorful and rather diverse, with her interests range from modeling to starring in delightful Comedy sketches that she posts on her own YouTube channel comprising a strong 2.8 million followers.

Amanda Cerny can be deemed one of the most influential social media personalities in the world. The glamorous young entrepreneur has amassed a sizable fortune over the years, with her diverse career path emanating style, panache, and an unparalleled sense of accomplishment that, in turn, serves as an inspiration to her enormous fan base.

A Successful Model In The Making

Amanda Cerny’s passion for modeling was evident from a very young age. The talented young social media sensation would begin her critically acclaimed modeling career at the tender age of 15, drawing her inspiration from Miss October 2008, Kelly Carrington, to participate in the renowned Playboy magazine.

Her hard work and desire to be a top player in the modeling industry paid off. Amanda would go on to secure the ‘Playboy Playmate of the month’ baton in October 2011 and would continue to make her charming presence felt at several big-money glamour photography events and fashion shows across the globe.

RELATED: How Elvis Presley Became The ‘King’ Of Rock And Roll

Amanda’s popularity would skyrocket after her stint with Playboy magazine. The budding young entrepreneur would capitalize on this notoriety by focusing on her social media presence, leading to noteworthy collaborations with several big-money fashion brands like Nike and even Marc Jacob, making her a famous fashion icon as well as one of the top Instagram celebrities globally.

Amanda would also feature in the famous fitness magazine, ‘Health & Wellness’. The glamorous young entrepreneur would smartly use her enormous social media fan following to showcase her interest in yoga. Her healthy lifestyle served as an inspiration to millions across the globe through her interesting Instagram stories and informative YouTube videos.

Amanda would continue to expand her social media presence by directing, producing, and even starring in several enjoyable Comedy sketches and music videos that would feature a host of famous musicians, actors, and top chart personalities. Thanks to her enormous social media presence, these critically acclaimed videos have garnered millions of views over the years.

Amanda’s smart decision-making and innovative mindset have only benefited her enormous fan following that much more, with her social media content emanating unparalleled levels of diversity.

Amanda’s long list of talents includes her phenomenal skills as an actor. The popular social media sensation has made a significant impact in the world of entertainment by collaborating with several renowned acting studios and companies like Universal and Millennial Films.

The young entrepreneur’s skills as an actor were evident from her starring roles in several notable films like Deported, Public Disturbance, 211, and even Airplane Mode, further exemplifying her stance as one of the most accomplished and versatile social media personalities in the world.

2018 proved to be a rather special year for Amanda, as she co-founded the On-Demand Video Application ‘Zeus’ as well as a charity named ‘Play Foundation’. Amanda is also a budding philanthropist, with her contribution to the previous and ongoing efforts in Haiti and Puerto Rico subject to immense critical acclaim the world over.

The diversity that encompasses Amanda Cerny’s illustrious career is awe-inspiring, to say the least. The gorgeous young entrepreneur has made a significant impact in modeling, acting, and philanthropy, making her one of the world’s most influential and accomplished social media sensations. Amanda has collaborated with some of the world’s most renowned fashion brands, acting studios, and several famous musicians and actors, with her enormous and diverse business empire speaking volumes of the talented young entrepreneur’s desire to be at the top of the summit of success.

The multitalented actor, model, and philanthropist’s million-dollar empire is an inspiration to a generation and highlights the importance of social media and the variety of benefits that come with it. The glamorous young social media influencer’s career path is as smooth as ever, with her popularity and fortune only getting stronger with each passing moment.

READ NEXT: How Blake Shelton Grew His $100 Million Fortune In God’s Country