Home » ‘How can I go forward?’: Rachel Cusk on writing fiction after Outline trilogy

It can be challenging to write a novel once you’ve declared character, description and even the self dead.

Rachel Cusk attempted to set fire to the form with her acclaimed literary trilogy Outline, Transit and Kudos, which consisted of a series of confessional monologues told to an absent narrator, a writer named only once in each novel, Faye.

But what is a novelist meant do with the ashes of her arson? Cusk, on the phone from Norfolk in England, says she felt as though she was walking into a “great, white, blank world” when she finished the series in 2018. 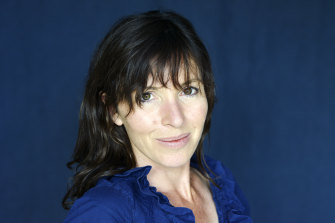 “It’s like, ‘Oh my God, how can I go forward?’ It felt to me that I’d done something, in terms of my own grasp of the novel, and form,” she says.

The result is Second Place, her first novel since she finished the Outline trilogy, and a return to plot and protagonist, albeit in a very Cuskian way.

It’s a simple but seductive set-up: the female writer M invites the male artist L to stay in the “second place” she has built on the secluded marshland property where she lives with her partner Tony. M feels herself “falling out of the frame she has lived in for years” and becomes enthralled by L, convinced he can restore her to visibility, that he has the power to enable her to see herself clearly so she can say “I am here”. His presence is disruptive, setting in motion a chain of events that reveal how rebirth and destruction are often one and the same.

Cusk has spoken about how the Outline trilogy phoenixed from the “creative death” she experienced after publishing her 2012 memoir, Aftermath, which drew criticism for its intimate and unrelentless examination of her divorce from photographer Adrian Clarke.

It wasn’t the first time her autobiographical work attracted ire. Her 2009 memoir, The Last Supper: A Summer in Italy, about a family holiday had to be recalled and pulped after a character in the book recognised himself and sued for libel. Her raw and honest account of motherhood, A Life’s Work, in 2001 also proved provocative. The trilogy was an attempt to erase personal identity, or at least to give the self less space. 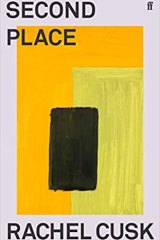 Rachel Cusk’s new novel is about a writer M who invites the artist L to stay with her.

“I’m a 54-year-old woman, my children are going out into their own lives, and that blankness is very much a blankness of life as well. Am I just going to repeat myself? Is that what people do at 54? Do they realise that their generative state is over? And that either they just repeat and do the same things over again, or have to face quite a massive task of questioning and, not reinventing of the self, but asking questions of the self.”

The inspiration for Second Place came when Cusk was researching a magazine article on artists colonies and discovered arts patron Mabel Dodge Luhan’s 1932 memoir Lorenzo in Taos about the time D.H. Lawrence stayed with her in Taos, New Mexico. Second Place, Cusk says, is intended as a “tribute” to Luhan with Lawrence figured as the painter M.

“I saw, I suppose, an abandoned element of female voice and I felt very, very motivated and energised by the idea of invoking it or rebuilding, or doing something with it, occupying somebody’s else’s voice. So in lots and lots and lots of ways, but especially in the way of thinking about form as a location, that book as a vessel and as a shell really works for me,” Cusk says.

Cusk sees Second Place as more of a “staged drama” than a narrative and was emboldened by her experience playwrighting, including creating a retelling of Euripides’ Medea in 2015.

The novel reads as a parable. It’s slightly unreal, out of space and time, with moments of overt, symbolic meaningfulness. It doesn’t hide its brushstrokes, the layers of paint are clear.

Cusk says she suddenly felt like putting on the “mask of drama, the mask of fiction” but sees how the move might appear contradictory to her previous comments about the novel form.

“I suppose because the events and the characters, to an extent, were taken from Mabel Dodge Luhan, it did not feel like the sordidness of imagination, the sordidness of making things up, which is something that I had really come to feel and still do feel. It didn’t feel like that was part of it. It felt like a cast of characters who had been assembled in life in another time, and I was using those masks and making a different kind of play out of them,” she says.

“I’m never going to go back to explaining what the room looks like, or what James said to John. I’m not going back there but I’m going to make it very obvious that this is a staged series of events with, I suppose, more open access to its own themes.”

If Cusk is again trying to find the frontier of form, Second Place continues her longstanding interest in gender, sex, power and art. M is struggling to regain control of her destiny, to find the authority to define herself and to challenge the male entitlement to make art. Cusk says M’s voice sits between speaking and writing, mirroring the character’s halfway existence between being created and creating herself. On a more meta level, Cusk wanted Second Place to embody how M feels, a “low status object in itself”. 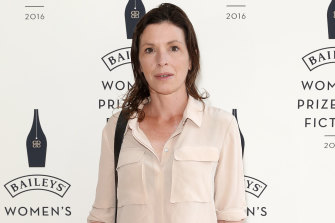 As you can see, it’s easy to get sucked into the whirpool of Cusk’s worldview, which is of course what makes her novels so addictive. Cusk says writing Second Place during lockdown – free from events, launches and media – recaptured the freedom she felt writing her 1993 debut Saving Agnes.

She has lived in Norfolk for several years but had planned to move to Paris in a post-Brexit protest before the coronvairus pandemic returned her back home a week after relocating. Cusk still plans to move once restrictions have lifted and says she is self-exiling from England as a “gesture of contempt”.

“[It’s because of] the absolutely stunning drift of our country into some despicable ways of thinking about the world and about other people,” she says. “And that is something that I feel is going to get worse and worse and worse here. I see it coming. So, I do not want to play any part in it. I grew up in America, I came to live in this country when I was eight, and so I’ve never actually felt that I belong here anyway, so it will be interesting for me to get rid of it, and get free of it. I think it might make me quite happy.”

While Second Place is interested in how one can write like a visual artist, Cusk says she’s never picked up a paint brush but marvels at how artists can push the form forward.

“I feel a great envy of that existence outside language and the politics of language. I have so much language blood on my hands. I’m so wearied from my struggles with language and the conflict that is endlessly generated by it, and its bourgeoisness and its absolute centrality to judgment, and ways of living, and conventionality, and control, and lack of freedom, and all of those things.”

Cusk is known for her penetrating eye – but she recently found herself under someone else’s gaze. Her husband, artist Siemon Scamell-Katz, painted her portrait for the first time during lockdown. It was somewhat bewildering for the observer to become the observed.

“I think he partly asked because of Second Place, and thought it would be a funny experience to me. So, I sat there and felt amazingly … I tried to defend myself, it was really interesting. It was almost like I was sitting there holding a big shield going, ‘If you think you can get past this shield, then you can’t.’ So, I felt amazingly defended,” she says.

When we speak, the portrait is hanging in the room next door. It’s still fresh, Cusk says, so she hasn’t yet thought about writing about the experience. But she’s now pondering a sequel to Second Place so it could prove useful all the same.

Rachel Cusk is a guest at Sydney Writers’ Festival.