STEPHEN GLOVER: How dare Spain of all nations try to lecture Britain about democracy

Theresa May already has enough problems on her hands with the Democratic Unionist Party and Tory Brexiteers proclaiming they will vote against her deal in the Commons next month.

Just when she least needed another set of anxieties, the Spanish government has tossed a potentially lethal grenade in her direction. It is threatening to scupper the Brexit agreement because it is unhappy with a section of the draft withdrawal agreement concerning Gibraltar.

At the same time, its foreign minister, Josep Borrell, has let fly by suggesting that Brexit could split apart the United Kingdom. He claims to be ‘very much more worried’ about the unity of the UK than of Spain. 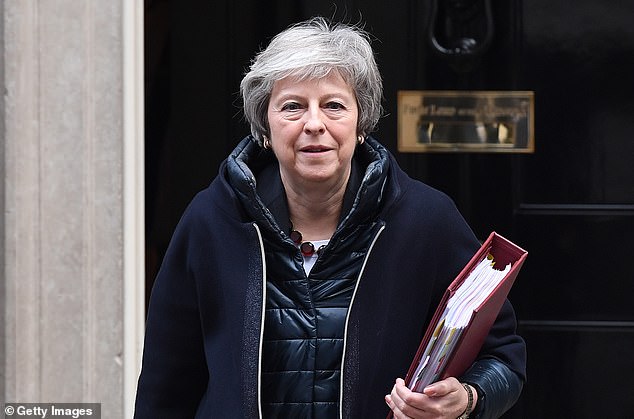 The Democratic Unionist Party and Tory Brexiteers proclaim they will vote against Theresa May’s deal in the Commons next month. Pictured, Theresa May outside No 10 Downing Street.

And, in a move bound to cheer Nicola Sturgeon and the SNP, he says Spain has dropped its historic opposition to Scotland joining the EU as an independent country. Madrid had hitherto tried to discourage nationalists in Catalonia by insisting that it would block Scottish membership of the Union.

I must say that, on the eve of Sunday’s planned EU summit, none of this is very friendly or helpful. By announcing that Scotland would be welcomed with open arms, Mr Borrell seems almost to be willing the disintegration of the United Kingdom.

What is the Spanish government playing at? Gibraltar has of course long been a bone of contention, with Madrid laying claim to the Rock, which was ceded to Britain in 1713.

Here one must say, with all possible courtesy, that Spain’s obsession with Gibraltar sometimes verges on the deranged. In a 1967 referendum, 99.6 per cent of Gibraltar’s citizens voted to remain British. In 2002, a proposal for joint sovereignty was rejected by 98 per cent of Gibraltarians.

Some people might have got the message by now that pretty well everyone in the tiny territory would prefer to stay British, thank you very much. But a succession of testosterone-driven Spanish politicians will not listen.

One of the ironies of this story, so grotesque that it is hard not to be amused, is that Madrid vehemently defends its right to retain two historic enclaves in Morocco, called Ceuta and Melilla. The Moroccan government periodically grumbles about this anomaly.

Spain’s sovereignty over Ceuta and Melilla is, to its way of thinking, beyond reproach, even though it’s not at all clear that all the inhabitants of the two enclaves are joyful subjects. But Gibraltar, whose people are thoroughly happy being British, should belong to Spain. Get it?

All this has blown up because Gibraltar will leave the EU on March 29 next year along with the UK, though it should be said that 96 per cent of its citizens voted Remain on an 82 per cent turnout. However, there’s no evidence that any of them are hankering after rule from Madrid.

Why is the Spanish government so upset? Because it believes that Article 184 of the draft withdrawal agreement implies that the future of the territory will be decided by the EU and the UK, without Spain necessarily being involved.

This is a case of paranoia. Spain is certain to be consulted by both parties, and is constantly talking about Gibraltar with the British Government. The truth is that politicians in Madrid are puffing out their chests with characteristic machismo.

I would be surprised if they do upset the deal, though one can’t be sure. In a narrow sense, this is a squabble about virtually nothing, since, as I have said, Spain will continue to be included in discussions.

But the outburst reminds us just how fixated all Spanish governments (the present one is Left-wing) are on Gibraltar, and how weak is their adherence to democratic principles.

So far as Madrid is concerned, Gibraltar should be Spanish because it is part of the Spanish mainland, and was inveigled by Perfidious Albion a very long time ago. It seems hardly to weigh with them that the vast majority of people in the territory understandably see themselves as British. 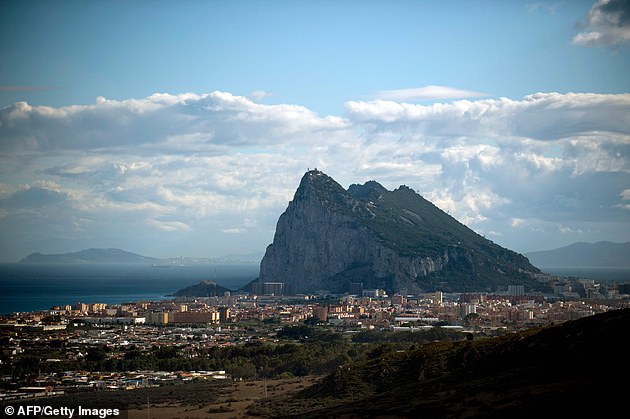 In this view of things, sovereignty has its roots in land, not in the hearts of citizens. This idea was perfectly demonstrated last autumn, when the Catalan government in Barcelona decided to call a referendum on independence, which resulted in a large Leave majority on a relatively small turnout.

Arguably, the Catalan nationalists overplayed their hand. But nothing can excuse the response of the Madrid Government. Its police bludgeoned and assaulted defenceless voters who were simply trying to exercise their democratic right. Some 900 people were said to be injured.

After the vote, the Spanish government summarily dissolved the Catalan Parliament and arrested leading Catalan politicians. President Puigdemont and others managed to escape to Belgium, but were forced to flee to Germany after Madrid issued European arrest warrants alleging crimes of rebellion and sedition.

These warrants have now been suspended but Puigdemont and his colleagues dare not return to Spain for fear that they will be arrested and thrown into jail.

None of this sounds very civilised, does it? And so when Josep Borrell says that he thinks Spain will remain a united state for longer than the United Kingdom, I can’t help shaking my head in disbelief.

Spain — which, let’s face it, is a very young democracy, though of course a great country — refused to allow a referendum on independence in Catalonia. When the Catalans went ahead and held one of their own, the Spanish state cracked down on them in a pretty brutal way. 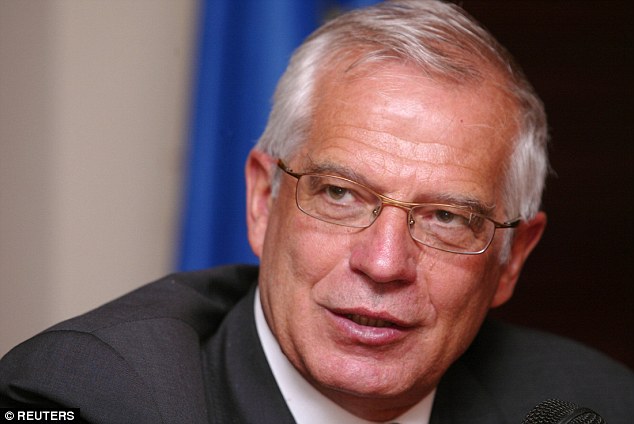 Spain’s Foreign Minister, Josep Borrell, has let fly by suggesting that Brexit could split apart the United Kingdom. He claims to be ‘very much more worried’ about the unity of the UK than of Spain

By contrast, Westminster — a very much older democracy — acceded to the SNP’s request for a referendum on independence in 2014. No one can doubt that if a majority of the Scottish people had voted to leave the UK, their wish would have been honoured. The Spanish way, pretty openly endorsed by Brussels, was to rely on coercion. The British way, at any rate in the 21st century, was to rely on persuasion and open debate, and to accept the powerful democratic idea that people should be governed with their consent.

Only a fool would deny that the United Kingdom faces challenges to its survival as a unitary state. But I venture to suggest that consent is likely to keep it together longer than Spain will be held together by force.

What has happened in Catalonia is that a long-established longing for independence has been quelled, but it has not been extinguished. Sooner or later it will rise again. What will politicians in Madrid then do?

As for Gibraltar, in the unlikely event of a majority of its people ever wanting to exchange their British citizenship for Spanish, I have no doubt that their desire would be granted. It is partly the sure knowledge that it would be that makes them want to stay British.

How we flagellate ourselves at the moment during these wrangles over Brexit. We are said to be the laughing stock of Europe. Our democracy is spoken of as dysfunctional. Many of us feel a bit down in the dumps.

But when I look at Spain, and hear its foreign minister cheerfully prophesying the break-up of the United Kingdom; when I see Spanish politicians casting avaricious eyes on the Rock of Gibraltar — why, then I am still very glad to be British.