Home » Lifestyle » How do I know if I have adult ADHD? Signs and symptoms to look out for

How do I know if I have adult ADHD? Signs and symptoms to look out for 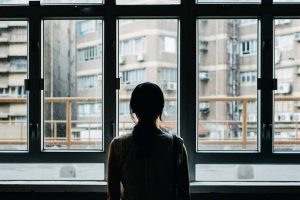 The signs and symptoms that you might need an evaluation.

Q: How common is adult ADHD? What are the symptoms, and is it possible for someone who was not diagnosed with it as a child to be diagnosed as an adult?

A: Attention deficit hyperactivity disorder, or ADHD, is a neurodevelopmental disorder often characterised by inattention, disorganisation, hyperactivity and impulsivity.

It is one of the most common mental health disorders. According to the World Federation of ADHD, it is thought to occur in nearly 6 per cent of children and 2.5 per cent of adults.

In the United States, 5.4 million children, or about 8 per cent of all US children ages 3-17, were estimated to have ADHD in 2016, the Centers for Disease Control and Prevention reported.

For decades, experts believed that ADHD occurred only among children and ended after adolescence. But a number of studies in the 1990s showed that ADHD can continue into adulthood. Experts now say that at least 60 per cent of children with ADHD will also have symptoms as adults.

It is not surprising that so many people are now wondering whether they might have the disorder, especially if their symptoms were exacerbated by the pandemic. The Attention Deficit Disorder Association, an organisation founded in 1990 for adults with ADHD, saw its membership nearly double between 2019 and 2021. In addition, Children and Adults With Attention-Deficit/Hyperactivity Disorder, or CHADD, reported that the highest proportion of people who call their ADHD help line are adults seeking guidance and resources for themselves.

What is adult ADHD?

Childhood ADHD is often associated with fidgeting and difficulty sitting still. In adults, “typically, the hyperactivity is less pronounced,” said Dr. Lidia Zylowska, a psychiatrist at the University of Minnesota Medical School and author of The Mindfulness Prescription for Adult ADHD.

When adults ignore tasks that require these skills, it can create chaos. Bills pile up; lateness at work can lead to being fired; health appointments are delayed or neglected; accidents happen.

In educational and workplace settings, adults with untreated ADHD often feel unmotivated and tend to have poor planning and problem-solving skills when an obstacle emerges, said Russell Barkley, a clinical professor of psychiatry at Virginia Commonwealth University School of Medicine and the author of Taking Charge of Adult ADHD.

“I call them time-blind,” Barkley added. “They just can’t manage themselves relative to time limits.”

Kylie Barron, an ADDA spokesperson who has ADHD, called it a “disorder of performance.” For her, this means “always unintentionally messing up, sticking your foot in your mouth and doing the wrong thing at the wrong time.”

These concerns are common among those with ADHD, Barkley said.

“They set goals, and they mean to accomplish them,” he added.

And although they truly are sincere, they do not usually follow through, especially when it comes to long-term aspirations, he said.

Many adults with ADHD also have problems regulating emotions and may display anger, impatience, an inability to get along at work, self-doubt and difficulty managing stress.

With treatment and the right support, however, people with ADHD can be highly successful.

Can you be diagnosed with ADHD for the first time as an adult?

Yes, but adults who are diagnosed with ADHD must have also experienced significant symptoms of the disorder before the age of 12, even if they were not formally diagnosed during childhood, according to the Diagnostic and Statistical Manual of Mental Disorders, or DSM.

“There’s all kinds of reasons why people can get into adulthood without being diagnosed or detected,” Barkely said.

Girls, for example, are less likely to be diagnosed than boys, which is part of the reason the prevalence of ADHD among women has typically been underrecognised, he added.

In addition, the DSM criteria for the disorder are subjective, said Martin Teicher, a psychiatry professor and the editor of the Harvard Medical School guide on adult ADHD. You have to draw some arbitrary distinctions about which behaviours happen “often,” he added.

Some children who are extremely bright can “sneak under the wire” without their ADHD being detected because they are doing well academically, but they will generally have other problems like being very fidgety, Teicher said.

How do you know for sure if you have it, and what does treatment look like?

ADHD has a spectrum of severity levels, and symptoms can become more (or less) pronounced in different environments.

If you believe that you have adult ADHD, you might consider using a screening tool. It is not meant to provide a diagnosis; however, it can help you recognize the signs and symptoms of adult ADHD.

Afterward, it is essential to get a comprehensive evaluation from a clinician specialising in ADHD. This will help determine whether you have the disorder and a second (or third) one. As many as 50 per cent of adults with ADHD, for example, have an anxiety disorder.

If there is more than one issue going on, “it may be difficult to tease out what is causing what,” Zylowska said. “It is important to take a developmental history and create a timeline of when ADHD behaviours started.”

The disorder tends to run in families, meaning that if one of your parents had ADHD, there is a much higher likelihood that you might have it too. One small study, for example, found that among parents of 79 children with ADHD, 41 per cent of mothers and 51 per cent of fathers had the disorder. Typically, ADHD is treated with stimulant medications like Adderall; however, there are also nonstimulant medications like Strattera. People with ADHD also use therapy, coaching, mindfulness-based training, nutritional interventions and exercise to manage their symptoms.

What are some online resources for people with adult ADHD?

Education and self-compassion are both important parts of ADHD treatment. If you are looking for a general overview of the disorder, the CDC and the National Institute for Mental Health are good places to start.

For a deeper dive, ADDitude Magazine has a wealth of articles about the disorder. And CHADD, the ADHD advocacy organization, includes many offerings beyond its telephone help line, including online support groups and courses; free webinars; and a resource page for adults with ADHD.

ADDA also offers online support groups, including one for the partners of people with ADHD; and a “productivity powerhour,” where participants support one another in completing a specific goal. In addition, ADDA has volunteer ambassadors who will give you a call to answer any questions you might have and offer support.

If you are looking for a provider, both CHADD and ADDA have directories where you can search for a health care professional.

Finally, people with ADHD often have conflict in their romantic relationships and friendships. For relationship advice, check out the websites ADHD & Marriage and ADHD Roller Coaster.

This article originally appeared in The New York Times.