How to own same Snow White artwork as Princess Charlotte 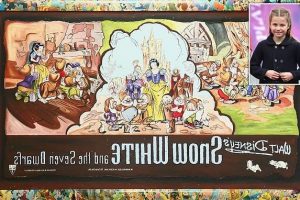 Copy of £165,000 Snow White and the Seven Dwarfs artwork commissioned as a christening gift for Princess Charlotte goes up for auction

The twin copy of a £165,000 painting gifted to the Duke and Duchess of Cambridge when Princess Charlotte was born is due to be auctioned by Saturday.

Commissioned for by an anonymous friend of the royal family, the painting was gifted to Prince William and Kate Middleton when Charlotte was christened in July 2015, when she was just two months-old.

The work of art, made by renowned artist Stephen Cawston, is a seven-foot-wife oil painting replica of the original billboard for Disney’s 1937 Oscar-winning animation Snow White and the Seven Dwarfs.

It was reported at the time that the painting was estimate to be worth £164,988, but could fetch more at an online sale organised by the Dutch auction house Hessink on July 2. 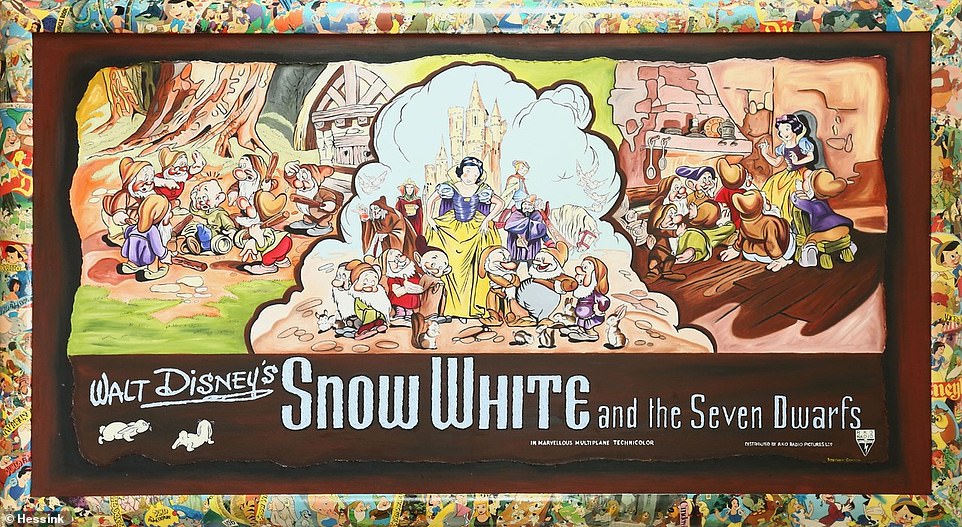 A seven-foot-wife copy of a painting gifted to the Duke and Duchess of Cambridge when Princess Charlotte, now seven, was born is due to be sold this weekend by Dutch auction house Hessink

While the painting was wrapped in bubble wrap and delivered to Kensington Palace in the summer of 2015, its twin copy remained in Knightsbridge.

It shows the Disney character surrounded by her seven friends, the animals from the forest and Prince Charming as well as the Evil Queen in three different scenes.

Cawston, who specialises in reproducing film posters, kept the twin at the HomargeGgallery, where he exhibited  his works of art.

It was thought at the time that Formula 1 boss Bernie Ecclestone was thinking of purchase the twin copy from one of his own grandchildren.

The painting was hand-drawn and painted by Cawston and took a month to complete.

The artist’s work are prized by celebs, and he counts Guy Ritchie amongst his fans after he was commissioned to make a hand-painted poster for ‘The Man from U.N.C.L.E.’ for the director’s wedding to Jacqui Ainsley in 2015.

At the time the artist finished the painting for Princess Charlotte, royal expert Katie Nicholls reported for Vanity Fair that it had been commissioned by a ‘close friend’ of the family.

While Cawston did not comment on the identity of the friend, he did confirm he was commissioned to do the painting as a gift for Princess Charlotte.

A source close to the matter said at the time: ‘It’s an amazing painting and very original. The artist has totally captured the magic of the film. William and Kate are going to be absolutely thrilled when they receive it.’

It is not known where the Cambridges decided to exhibit the large work of art.

The twin and several other works by Hessink will be auctioned off this week. The opening bid for the Snow White replica was set at 20,000 euros (£17.270).