Home » Lifestyle » How to socialise again without hurting people’s feelings

How to socialise again without hurting people’s feelings 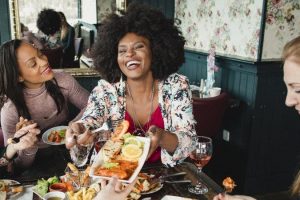 It’s the shining promise of joy that is nearly within our grasp: more get-togethers with friends.

Having been mostly starved of social contact for months, people are now giddy with anticipation at the prospect of hanging out with more people and in more diverse scenarios, whether that’s (fully vaccinated) NSW residents being able to have five people over to their house in mid-October, when many lockdown restrictions are due to lift, or Victorians being able to get together for picnics in small groups outdoors. 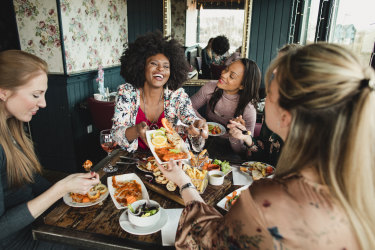 Who will you invite to a get-together once lockdown restrictions ease? And what should you say to those you don’t?Credit:Getty Images

But there’s a hitch that’s already causing social anxiety. Which friends will make the list and which won’t?

“It’s going to be very hard for people to create social events as they would typically,” says clinical psychologist Dr Rowan Burckhardtof Monday’s easing of restrictions in NSW allowing five fully vaccinated people to meet outdoors. “It basically means [couples] can only invite one couple, and then have to choose between a single person or just a limit of four people.”

So, should we invite a single friend in this scenario – knowing they might feel like a fifth wheel – or should we leave them out in an effort to spare them from nodding off into their martini while listening to endless conversations about pandemic-induced marital spats?

“I’d probably say we’re better off inviting that person to make the choice; they may very well not mind,” says Burckhardt, the founder of The Sydney Couples Counselling Centre.

But the imminent opening up of social opportunities – Berejiklian has also said up to 20 people can gather in an outdoor setting once 70 per cent of the state is fully vaccinated, and presumably Victoria will similarly follow suit – will likely summon other challenges.

How do we, for instance, maintain friendships with people we still value but who we don’t have energy for, once it becomes so much easier for us to see them?

Be honest with them about your need to “rebuild your relational energy”, says Peggy Kern, an associate professor at the University of Melbourne’s Centre for Positive Psychology.

“We had a lot of that before, we were always engaging with people,” she says. “It’s like a muscle, and if we don’t use muscles, they shrivel up. Perhaps you can let them [that friend] know that, and say ‘I need to rebuild my social connections over time, and I’m doing that in an intentional way, so that both you and I can get the best out of the relationship.’ That’s showing that there’s a respect underneath it.”

But we’re likely going to come face to face with tricky social scenarios even among those who we are keen to see.

Because people have experienced wildly different pandemics – some thriving while others have struggled – our friendships will benefit if we can be mindful about how we speak to each other, experts say.

“If you connect with someone and the person starts to get into their troubles, and you don’t know what to do with that, a key thing [to remember is], ‘I don’t need to fix this person’,” says Kern. “One of our tendencies is to want to fix things. [Instead, you can say] ‘You know what, I would love to walk with you [emotionally], but maybe let’s also connect [you] with some help’. People who’ve been feeling lonely or trapped, often times they just need someone to be there and listen to them and show they care.”

There’s also an art, says Burckhardt, to being truthful about your own fortunate experience while making room for someone who’s been less fortunate during the pandemic, and being aware that “being overly optimistic or overly pushing [your] own joy or success forward” might make the other person feel bad.

“Some people do it better, they have the ability to handle a little bit of that bad news, and can filter a little bit of the good news they share,” he says. He gives the example of someone he knows – a wealthy woman – who managed this well, pre-pandemic. Instead of mentioning the five overseas trips she’d taken that year when she was speaking to someone who was financially less well off, she would instead just mention that she’d returned from a trip.

“If you connect with someone and the person starts to get into their troubles, and you don’t know what to do with that, a key thing [to remember is], ‘I don’t need to fix this person’.”

As for one of the biggest conundrums: do we tell an unvaccinated friend that they’re not invited to a social gathering because of their vaccination status? Or do we just stay silent?

Saying something is usually preferable to silence, says Burckhardt, unless you were unlikely to see that friend anytime soon or they would be unlikely to find out that they had been excluded from a group function, as silence can be just as corrosive to a friendship as outright aggression.

“I sometimes think about it as death by fire versus death by ice,” he says. “Silence is like the ice, and that can leave things unsaid, and things can build up, and that can literally destroy relationships. But likewise if we go in there like a bull charging, and that’s more the escalation and high conflict, that’s the fire, and that can be equally destructive.”

To reach a happy middle ground, he says, “Speak about your own personal experience, without directing fault or blame to the other. Emphasise the positive reasons for it, ‘Hey, I really want to have a good friendship with you and I feel like if I hang on to this it’s going to block me from doing so. I’d love to just talk this through, so we can move past it.’ Remind the person that we’re not just here to raise the difficult things for no reason, but it’s being done with the intention of having a better relationship.”

Another thing to consider, when confronting a friend about a pandemic-related boundary – whether it’s vaccination status, wearing a mask in a gathering, or sharing a plate of food at a dinner party – is what approach your friend will best respond to.

For instance, with a friend who is direct, generally hates losing control, and is extremely logical? “Just be absolutely up-front, don’t fiddle-faddle around,” says Lynn Schinella, a northern NSW-based corporate trainer who recently released a book, Loving And Living With People You Just Don’t Get. “They might still get angry, but they’d like the news right away.”

As for your “glass half-full” friend who is extroverted and loves to tell stories? “[They often] love to think they can change the world,” says Schinella, who trains employees to better understand colleagues with vastly different temperaments to their own. So speaking to that type of person about how respecting your boundary is going to help change something “either in their small world” or on a larger scale will boost your chances that your message will likely be better-received.

But what if you’re the one who ends up left off the invite list and feels excluded?

“Number one, ask the person,” says Kern. “Maybe there were all sorts of things [that went] into their decision, and they didn’t even think about it [excluding you]. If it was more intentional, then perhaps that’s not a relationship that you want to keep putting time and energy into.”