How to support NYC’s black-owned restaurants and businesses 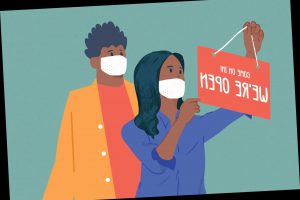 As riots continue to break out across the US to protest the killing of George Floyd, activists and allies in New York City are urging residents to support local black-owned businesses, including restaurants, pop-ups and bars.

The movement — which has gained serious momentum in major cities across the country — has folks compiling resources like spreadsheets, Twitter threads and Instagram posts to direct New York consumers to order from, and educate themselves about, black-owned businesses.

“We’ve seen a huge burst of new followers over the past few days seeking to support Black communities at this time,” reads an Instagram post by Black-Owned Brooklyn, a “publication spotlighting Black-owned, Brooklyn-based businesses and the people behind them,” their Web site states. “We’re proud to be a useful resource, as our aim here is to be actionable.”

Husband-and-wife duo Tayo Giwa and Cynthia Gordy Giwa, who run the site, are planning to ramp up their content amid the crisis over the next few weeks.

“In the meantime, enjoy, look around . . . and buy something from a Black person today,” the Instagram caption reads.

But Goldfield hopes to add many more.

“I started the list with all the restaurants that I could think of off the top of my head, and for additional entries, I’ve been crowdsourcing on Twitter and Instagram, as well as also inviting anyone who wants to help me manage it,” Goldfield tells The Post, adding that anyone interested in helping is welcome to participate. “It’s important to support all black-owned businesses all the time, but especially right now, as a show of solidarity for the nationwide protests in response to the murder of George Floyd and so many other black Americans.”

The goal isn’t just to bring business to the shops during this tumultuous time, but to make it a habit in the future, too.

“We hope to be a space where you feel seen,” writes Black-Owned Brooklyn. “And where our self-determination and collective power are celebrated on the regular.”