How to Watch the 2022 Screen Actors Guild Award Nominations 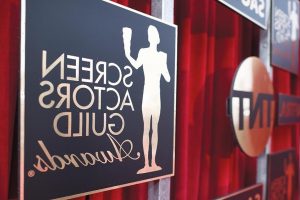 To watch nominations for the 28th annual Screen Actors Guild Awards, viewers will need to tune into Instagram Live this year.

Rosario Dawson (“Dopesick”) and Vanessa Hudgens (“Tick, Tick … Boom!”) will announce nominees on @sagawards’ Instagram Stories on Wednesday. SAG-AFTRA president Fran Drescher will give an introduction at 6:50 a.m. PT, and SAG Awards committee members Jason George and Elizabeth McLaughlin will then reveal nominations for the outstanding action performances (stunt awards) by television and film ensembles — before Dawson and Hudgens take over around 7 a.m.

This year marks the second time that SAG Awards nominations have aired on the social media platform, with Lily Collins (“Emily in Paris”) and Daveed Diggs (“Snowpiercer”) announcing last year’s nominations on the app.

The ceremony’s Instagram plans come amid ongoing COVID-related concerns, as other awards shows and festivals have chosen to cancel or postpone in-person programming. Sundance Film Festival, for example, announced a shift to virtual this year, citing the recent surge in cases of the omicron variant. The Grammy Awards were also postponed indefinitely, with a possible relocation from Crypto.com Arena.

When announcing that this year’s nominations would be on Instagram Live, the SAG Awards noted that they were “reimagining the nominations announcement as a seamless, virtual experience for both nominees and fans.”

Variety Film Awards Editor Clayton Davis predicted that Kristen Stewart, Olivia Colman, Jessica Chastain, Rachel Zegler and Halle Berry would be nominees for best performance by a female actor in a leading film role; while Will Smith, Benedict Cumberbatch, Andrew Garfield, Denzel Washington and Nicolas Cage would get nominations for best performance by a male actor in a leading film role. Davis also predicted that the casts of “CODA,” “Belfast,” “The Power of the Dog,” “West Side Story” and “Don’t Look Up” would score nods for outstanding performance by a cast in a motion picture.

After the nominations, final voting opens on Wednesday, January 19, and closes at noon on February 25. The 28th SAG Awards will be simulcast live on TNT and TBS on Sunday, Feb. 27 at 5 p.m. PT from The Barker Hangar in Santa Monica.