How to Watch the 2022 White House Correspondents’ Dinner, Hosted by Trevor Noah 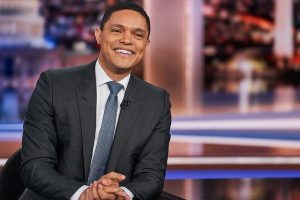 Three years and one administration later, the White House Correspondents’ Dinner is back in Washington, D.C., for the first time since 2019. This year’s event, headlined by “The Daily Show” host Trevor Noah, will take place on Saturday at 8 p.m. ET. The program will air live and uninterrupted on C-SPAN, as well as C-SPAN.org and the C-SPAN Now App.

Hosted by the White House Correspondents’ Association, the dinner has been a mainstay of the press corps since its founding in 1914. Presidents have traditionally attended the dinner at least once during their term — and President Joe Biden is expected this year — but former President Donald Trump was notably absent from the dinners held in 2017, 2018 and 2019. The dinner was canceled in 2020 and 2021 due to the COVID-19 pandemic.

The event made a splash in 2018 with host Michelle Wolf, whose raunchy jokes about the Trump administration and others led to both praise and backlash, notably from Trump himself, who swore he wouldn’t let a comedian host the dinner again.

However, under the Biden administration, that no longer seems to be the case. In addition to Noah, who’s fresh off his hosting gig at the Grammy Awards, Variety revealed exclusively that comedians Billy Eichner and James Corden will appear in pre-taped skits, with Corden opening the show.

“They shot in the Briefing Room, the Oval Office and the Navy Mess,” veteran awards show producer Bob Bain, who makes his debut producing the dinner this year, told Variety. “Our cold open is James Corden in front of the White House saying, ‘All you journalists out there, I know you walk through these halls every day, seeing all these people that make this place tick. Well, today, I’m going to give some of them a break.’”

Gayle King, Yamiche Alcindor and Cecilia Vega are among the veteran journalists expected to make appearances during the dinner. CBS News Radio White House correspondent and White House Correspondents’ Association. president Steven Portnoy will also be on hand to deliver remarks. The United States Marine Band will accompany the show, which will reportedly be attended by Kim Kardashian, Pete Davidson, Drew Barrymore and Michael Keaton.