Home » Lifestyle » How will a recession affect your finances?

How will a recession affect your finances? 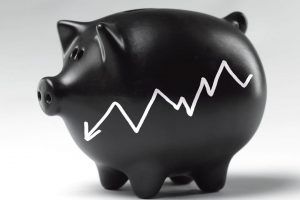 Worried about the gloom-laden headlines promising a bleak financial outlook? Here’s what you need to know.

The UK is currently facing its third recession in 14 years, with experts predicting the biggest downturn since the financial crisis of 2008.

The R-word has been haunting headlines for the past few months, and the term often feels both scary and abstract, which can be seriously worry-inducing.

The situation is a changeable one, with new developments coming thick and fast, but here’s what we know now about a potential financial downturn and how it could impact your finances, according to experts.

What is a recession?

The value of sterling has dropped to a record low

A recession is a decline in a country’s economic activity, and is “identified by a fall in gross domestic product (GDP) in two successive quarters”, explains Rachel Harte, head of financial planning at Claro Wellbeing.

As well as a drop in GDP, which is “a measure of economic activity based on the total value of all final goods and services produced during a certain period”, economists also consider consumer demand and the rate of employment to determine whether a country is in recession, Harte explains, by looking at “retail sales and employment statistics, which would all decline in a recession”.

“When income isn’t increasing as fast as inflation […] people have less money to spend on other things,” says Emma Fielding, chartered financial planner at First Wealth and Thrive Money contributor. Inflation is currently around the 10% mark and, according to the Bank of England, is expected to peak at 11% in October. UK real-term pay, meanwhile, dropped by a record 3% in June, according to the Office for National Statistics.

When people have less disposable income, this affects businesses as their profits are reduced and, combined with inflation, have higher operating costs, Fielding says. “To offset this loss of profits, businesses will try to spend less or cut costs, which can include making redundancies. Job losses start to increase and unemployment rises as fewer companies look to hire.”

While it might sound scary, Fielding urges us not to worry. “It’s important to remember that a recession is a normal part of the economic cycle,” she says.

Is the UK already in a recession?

We’re already in a cost of living crisis so whether it’s officially termed a recession or not, we’re certainly already feeling the pinch.

“The Bank of England suspects we are already in a recession after the UK economy shrunk 0.1% between July and September in the third quarter of the year,” Harte says. “This comes after it declined by 0.1% between April and June, the second quarter of 2022.” While 0.1% is, she notes, “a small drop”, it is still a decline.

Where does the value of sterling fit into all this?

After Kwasi Kwarteng, the chancellor of the exchequer,  unveiled his mini-budget last week, the value of the pound dropped to a record low against the dollar on Monday (26 September), and this will likely push the cost of living to even greater heights.

“Sterling has fallen over worries about the UK economy,” Fielding says. “This accelerated when the government announced tax cuts last Friday of £45 billion, [which means] that the UK government will have to borrow more money, and this has panicked people.”

International trade, Harte notes, is mainly done in dollars, making purchases more expensive. The cost of imports will go up and, in order to offset these increases, imported products will become more expensive to buy, says Fielding.

It’s possible that to counter this, the Bank of England could raise interest rates once again in an attempt to stabilise the market, after previously hiking them from 0.5% to 2.25%, the highest level for 14 years, earlier this month. “Their job is to make sure inflation is low and stable,” says Fielding. “They have been gradually increasing interest rates, which discourages borrowing and encourages saving. This should slow the economy down and curb inflation.”

How will a recession affect me?

How to prepare your personal finances for a recession

With energy bills soaring and the cost of essentials such as food and petrol shooting up too, many are already feeling the pinch, but as Fielding notes, not everyone will necessarily be impacted [by the recession] equally.

Interest rates are on the rise, Fielding says: “If you have a mortgage with a variable interest rate your mortgage payments will increase,” adding that if you’re looking to buy a home, it will be more expensive to get a mortgage.

Not only will it cost more, but it could also be harder to sort out a mortgage in the first place. “Banks may be more strict when offering mortgages as they do stress tests to make sure you can afford your mortgage repayments should interest rates increase further.” Indeed, yesterday (Monday 26 September) Virgin Money and Skipton building society temporarily withdrew mortgage deals for new customers after the pound fell, but said applications that have already been submitted would be processed. Since then, nearly 300 providers have pulled mortgage deals off the market.

If you’re renting, it’s worth noting that your landlord can’t increase your rent during the fixed term of your tenancy agreement unless there is a clause in that agreement allowing for this. This rent review clause will explain when and how the increase will be made. Check your contract carefully: if your landlord needs to remortgage the property or is on a variable interest rate, then they might use this as an excuse to increase your rent to cover the difference. For more information on dealing with rent increases, Citizens Advice and Shelter have plenty of useful resources.

What about debts or loans?

“Rising interest rates mean that the cost of your debt may increase,” Fielding adds. This is especially concerning as borrowing has sharply risen in the UK as household finances are stretched by the cost of living.

A recent Bank of England report discovered an annual increase in credit card borrowing of 13%, the fastest yearly growth since October 2005, while a YouGov survey last month found that two-fifths of UK adults expect to use credit over the next year to cover the rising costs of energy, food and fuel.

If you are worried about credit card debt, StepChange, National Debtline and Citizens Advice are among the UK charities offering advice.

For those who already have fixed-rate personal loans, the terms of these will usually have already been agreed and so will not change. But if you are looking to take out credit in the near future, your repayment plan will be impacted by the higher rate of interest.

The interest rate for Plan 2 and 3 student loans (for those who entered higher education in or after September 2012) was capped at 6.3% over the summer and is expected to be reviewed in December. For Plan 1 (that’s those of us who started university before September 2012), the interest rate is currently set at 2.75%.

I’m worried about the impact of a recession. What can I do?

First of all, Fielding says: “In these economic times it is important not to panic and to focus on what you can control.” That might involve taking a proper look at what is coming in and going out and setting a clear budget.

You might want to start building up an emergency fund, if that’s possible within your budget, to cover any unexpected scenarios. “The ideal goal would be to have enough savings to cover three to six months of living expenses,” Harte says. “While this might seem daunting, especially considering the current cost of living crisis, there are some small changes most people can make to increase their savings.

“The best way is to cut back on any non-essential expenditures if possible. Ensuring you have a strict household budget is also a good habit to adopt to both keep on top of daily spending and to reveal any saving opportunities.”

If you’re concerned about your finances, MoneyHelper is a government-backed platform offering financial advice that’s free and impartial.

How long does a recession usually last?

“The good news is that recessions don’t last forever and the government often does what it can to get away from negative growth,” Harte says, adding that recent global recessions tend to last 10 months on average. This time, the Bank of England has predicted that the slump will last around 15 months.

“For an economy to come out of recession, it gradually readjusts and recovers some of the gains lost,” she explains. “A complete end would mean growth has accelerated and GDP is significantly higher than previously.”

Though headlines predicting financial doom and gloom are certainly anxiety-inducing, the important thing to remember, as Fielding stresses, is to focus on what you can control.

Speak to a Financial Conduct Authority registered financial adviser before taking financial advice, and think carefully before making any decision.

If you’re concerned about debt, please get in touch with Step Change. If you’re worried about your mental health, you can contact Mind or Samaritans.