Home » Lifestyle » Hugh Grant is up for making Notting Hill 2, but there’s a catch

Hugh Grant is up for making Notting Hill 2, but there’s a catch 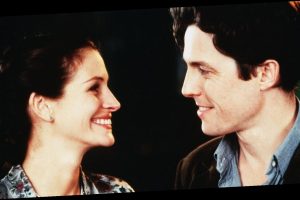 Over recent years, we’ve seen Hugh Grant distance himself from the the floppy-haired, well-spoken love interest that he was so often typecast as in rom-coms during the 90s and 00s.

From playing the struggling actor turned thief  “bad guy” in Paddington 2 to portraying disgraced former Liberal leader Jeremy Thorpe in A Very English Scandal, Grant has been applauded by critics and fans alike for his more experimental roles. And people are already obsessed with his new mini-series with Nicole Kidman, The Undoing, which sees his character involved in the brutal murder of a woman.

Yep, the Hugh-naissance is going very well indeed. But, as much as we’re loving his new stuff, we’re still very excited by the idea of him revisiting some of his earlier iconic roles. That’s why we were all ears when Grant opened up about the possibility of a sequel to Notting Hill.

The 1999 Richard Curtis film, which he starred opposite Julia Roberts in, is of course one of his most famous works. You probably don’t need reminding of the story because, like the rest of us, you’ve likely already watched it for the 20th time since it landed on Netflix earlier this month. But, just in case you do…

Notting Hill follows the story of divorced book owner Will (Grant), who falls in love with Hollywood’s biggest actor Anna (Robertson). They live in totally different worlds, which means it takes them a pretty long time to work out that, yes, they love each other and, yes, they want to be with each other. Because at the end of the day, Anna was just a girl standing in front of a boy asking him to love her.

Like most romcoms in the 90s, the pair finally get their happy ending and we last see them sitting on a park in Hampstead Heath while Will reads his book and Anna pats her baby bump.

Sure, it’s all a bit cringe in hindsight but… we still love it.

While promoting The Undoing this week, Grant said that he would be up for making Notting Hill 2, but with a catch – and some fans might find it pretty upsetting.

As reported by several news outlets, including Digital Spy, Grant said at a press conference: “I would like to do a sequel to one of my own romantic comedies that shows what happened after those films ended. To really prove the terrible lie that they all were, that it was a happy ending.”

Referring specifically to Notting Hill, he added: “I’d like to do me and Julia [Roberts] and the hideous divorce that’s ensued, with really expensive lawyers, children involved in tug of love, floods of tears, psychologically scarred forever. I’d love to do that film.”

Yep, the cynicism is scathing. But, considering that 42% of marriages end in divorce in the UK alone, maybe he’s actually onto something? And let’s be honest, even if the storyline involved flying pigs, we’d all want to know what happened to Anna and Will, even if it’s not the fairytale ending we wanted.

END_OF_DOCUMENT_TOKEN_TO_BE_REPLACED

END_OF_DOCUMENT_TOKEN_TO_BE_REPLACED
We and our partners use cookies on this site to improve our service, perform analytics, personalize advertising, measure advertising performance, and remember website preferences.Ok