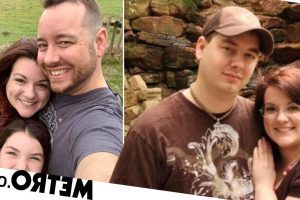 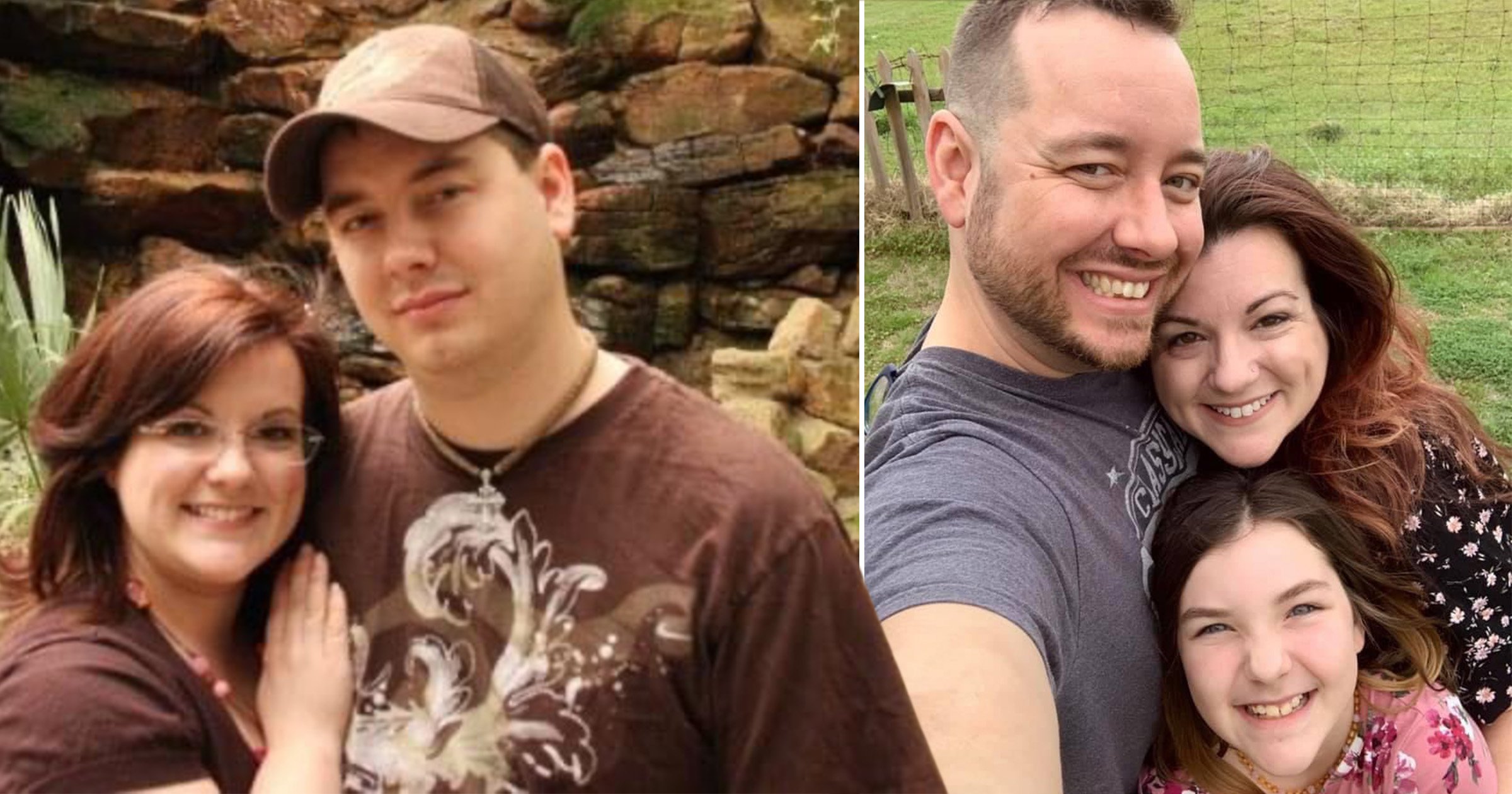 It sounds like something out of a film, but this really happened to 36-year-old Daniel Porter.

In July 2020, Daniel woke up next to wife only to find he had no idea of where he was – or who was next to him.

In what must have been a terrifying ordeal, wife Ruth, 37, had to convince him she was in fact his wife and that he hadn’t been kidnapped.

The couple in Texas needed the help of Daniel’s parents, as he could still remember them.

His own daughter Libby however, aged 10, he had no recollection of.

Daniel woke up believing he was in the 1990s and had to great ready for school due to a brain condition. In an instant, 20 years of memories had vanished.

Although now he is working to rebuild his memories, Daniel still has none between 2000 and 2020 – including his wedding day and the birth of Libby.

Ruth said: ‘He woke up one morning and just had no idea who I was or where he was. He was very confused.

‘I could tell he didn’t recognise the room.

‘He thought he was either drunk and gone home with a woman or that he’d been kidnapped.

‘I could see him looking for an escape route.

‘I worked out he thought it was the 90s because he remembered a WWE programme, so I researched when that was aired.

‘I helped him get dressed and he thought I was putting him in my husband’s clothes and my husband was going to come home any minute.

‘Luckily, we were on his parents’ farm so they could confirm that I was his wife and he believed them but he had no idea that he had a daughter and he was scared of our dogs.

‘He was angry when he looked at himself in the mirror. He was asking why he was old and fat.’

After going to hospital, it was found that Daniel had suffered Transient Global Amnesia, which is a sudden, temporary interruption of short-term memory.

The couple were told to expect that he’d have his memory back within 24 hours, though that didn’t happen.

Not only did he lose memories of his loved ones and big life moments, such as meeting Ruth in 2006, he also lost all memory of his education and was forced to stop working as a hearing specialist.

Ruth has tried to get Daniel’s memory back, by driving round his old neighborhood and reintroducing him to friends in the hopes it sparks something.

She said: ‘He doesn’t remember meeting me, getting married, getting pregnant, buying our first house, our daughter’s birth or 9/11.

‘It’s weird because I’m in an old relationship and he’s in a new one.

‘He hid Libby’s birthday presents a week before he got amnesia so when her birthday came, we couldn’t find them because he couldn’t remember where he’d put them.

‘We didn’t find one present until four months later and they were shoes so she’d grown out of them by the time we found them.

‘His personality is different as well. He has different tastes in food, it’s really strange but his sense of humour is still good.

‘He’s more friendly and sociable, he loves going out but he didn’t use to.’

Just months before the fateful day took place, Daniel began having stress-induced seizures due to big life changes that were happening all at once.

First he lost his job, then moved back with his parents, then damaged his back and had to begin using a walking stick.

‘Daniel lost his job so we sold our house and most of our possessions and we moved to Missouri for work but we didn’t get paid so we ended up stranded with no friends or family around.

‘We moved back home to his parent’s farm to get our feet back on the ground.

‘The month we moved he started having non-epileptic seizures.

‘They were pretty violent at first. One messed up something in his back so he had a slipped disc and was in a lot of pain.’

‘He dealt with all this other stuff back to back and it was like his brain just said it didn’t want to do it anymore and just swiped 20 years of memories,’ said Ruth.

‘I knew that when people have been through trauma that they can lose their memory of it but I didn’t know it could cause 20 years of memory loss.

‘He’s going to therapy to see if working through the trauma can help but it’s hard to work through stuff you can’t remember.’