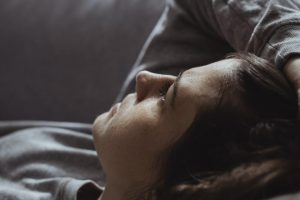 Next April, the UK’s “national living wage” will rise from £8.91 to £9.50 an hour from next April for workers aged 23 and over, the government has announced. But while it may sound like an essential pay rise for millions of low-income workers, many have criticised the increase as “underwhelming”.

According to the Living Wage Foundation, there are currently over 3.7 million people in “low-paid and insecure employment”, accounting for nearly 12% of the UK’s total workforce.

The government says the rise represents an increase of about £1,000 a year for a full-time worker, but after two years of job insecurity, universal credit cuts and rising inflation, the reality of living pay cheque to pay cheque remains an exhausting one.

So while an increased living wage may seem like ‘hope’ on the horizon for millions of low-paid workers, Stylist spoke to two women about living with financial burnout and why the rise willfail to make a real difference to their everyday lives.

“I’m burnt out from constantly worrying about money”

“Everyone I know, including myself, is having pay cheque to pay cheque, so I personally don’t think the living wage increase will make any difference,” says Elisha, 34, from Leicestershire.

“With taxes going up and universal credit being cut, all my friends and family are saying the same. We’re all so fed up and just having to take things day by day, which has a huge impact on your mental health. I’m definitely burnt out from constantly worrying about money.

“Luckily, many of my friends and I have good support from each other and our families who could help out with lending money if we needed it, but we all hate asking. Every time you try and get yourself back to normal other stuff can pop up. It’s not nice living like this, it’s a constant battle.”

“You think about money all the time”

“People don’t understand how gruelling it can be to be relentlessly poor and barely making enough money to exist,” Sarah*, 40, from London tells Stylist.

“I did that for two decades, living hand-to-mouth and I remember that feeling of every month my pay cheque coming in and providing temporary relief. But then after the bills were paid I’d be back to living on about £2 a day.

“There was so much mental exhaustion to always be thinking about money. I never had days where I could just relax or buy lunch. People say ‘budget and plan’ but it’s such a tough mental load to never be able to give yourself a rest from thinking about money constantly.

“It’s all-consuming: not just not having the spending power, but to be constantly thinking about what you don’t have. It cripples you and affects your confidence. I remember a specific instance at a hen party where the bride’s sister asked everyone to deposit £120 into an account the night before. I just remember staying up all night thinking about how I could get out of it.”

“You think about money all the time, it’s what keeps you awake every night. Whenever anything small would come up – an unexpected bill or a mistake you have to pay to fix – when you have no reserve it’s so easy to slip into debt and overdraft. And then it’s even harder to crawl out of that.

“The whole experience is so unpleasant and upsetting, and something people don’t talk about enough.”

Stepchange is a financial charity that provides free advice and offers emergency help to buy clothes, food or pay bills via their website.

Some names have been changed.