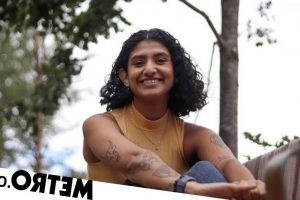 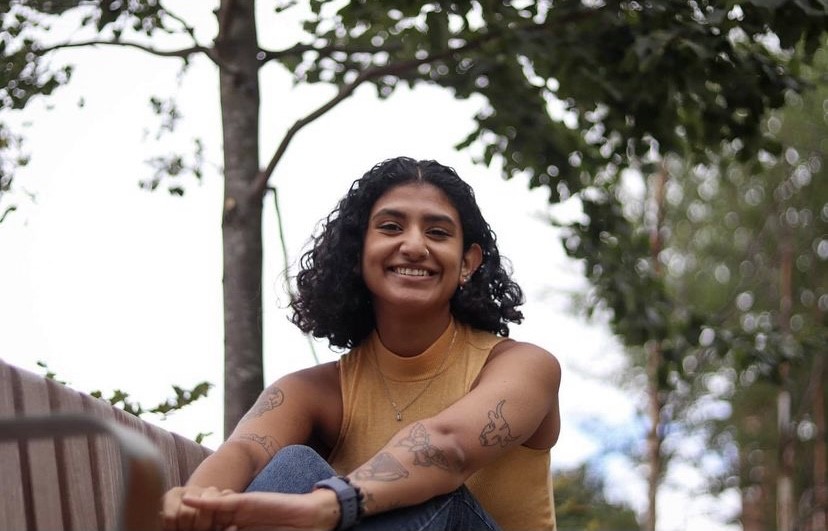 I was 18-years old-when I got my very first tattoo and, four years later, I’ve managed to rack up 30 of them on my arms and legs.

Some of my tattoos are meaningful to me, like the three roses that represent me and my two siblings, or the outline of my pet Labrador. Others were done for fun, such as the doughnut on my forearm and the drawing of Buttercup from the Powerpuff Girls on my calf.

I just ended up falling in love with the process: the feeling of being tattooed, seeing the artwork on my body, and having fun with images that I love. But it wasn’t until two years ago that I truly appreciated the ink on my body, after learning the unique history of my late great grandmother’s tattoo.

Most of the members in my family have tattoos – my mother, father, brother, aunties and uncles. A month ago, my dad got one in honour of my grandfather – a joiner who passed away two years ago – of Baba Vishwakarma, who in the Hindu religion is the divine architect of the gods.

His new tattoo reminded me of my great grandmother’s one – who passed away in her late 90s in 2015 – on my dad’s side because it’s the only other religious one I knew of.

She had a Sikh Khanda symbol on the back of her hand, which combines a khanda sword down the middle, a circular chakkar weapon in the centre, with two swords on either side.

It was something I had always seen on her, so I didn’t think it was unusual or that I needed to ask about it. I also never learnt to speak Punjabi, which made it hard to communicate with her.

Although she moved to the UK in the 70s when she was in her 50s, she had previously grew up in Bombeli in Jaipur State, India, at a time in the 1920s when young people were often kidnapped for labour or sex work.

Traffickers would persuade families to send children out to work in the fields and towns to make money and these children would end up being taken. When they’d turn up to work, they wouldn’t come back home.

My dad explained my great grandmother’s history and said the Sikh Khanda tattoos on the backs of their hands, neck or shoulder could help them be returned home if they were found or rescued. This is because the villages were made up of people from the same religion, making it easier for children to be reunited with their families.

Everyone would know each other by houses, so the Sikh symbol helped to identify the religion. You’d be aware of the head of households and have connections to families and villages.

Luckily, this never happened to my great grandma, but she did have the tattoo in her teens as a precaution by other people in her village. Hearing about this shocked me because I’d never thought about family members being in a position of danger like that.

Knowing this about my grandmother’s tattoo has made me respect mine even more. It’s taught me that they can do so much more than represent a moment, a feeling or just to look good, they can show your identity, connect you to a group and represent what you believe in.

It’s also a good reminder of how far my family has come, where we began and where we all are now. And if my great grandmother hadn’t had a tattoo, then my dad probably wouldn’t have got away with his – nor me and my brother with ours!

My parents have had tattoos from before I can remember and I always loved looking at them. I found it so cool that they had art on their bodies.

My dad got his first, barbed wire around his bicep, on a rebellious whim when my mum went to India because he was missing her. My mum got hers, a rose, after having me.

When I was growing up, they were the only Indian parents I knew with tattoos, which seemed so out of the box to me. It proved to me that despite the traditions of our culture and race, we could still do what the modern world was doing.

Seeing the tattoos gave me the confidence to embrace myself, because I have always felt like I don’t fit into a traditional box. I began to understand that you can have multiple sides to yourself, and that you can embrace the traditions of your culture as well as the modern world.

I’m definitely planning to get more tattoos in the future because I’ve caught the bug. And after hearing the story about my great grandmother, I want something that will represent her and her tattoo, but I currently have no idea what that will look like.

Tracing my family’s tattoo history back to my grandmother has reminded me of my love for tattoos. More than ever, I appreciate them and the skin that they live on.