I didn't realise transitioning would change my sex life so much 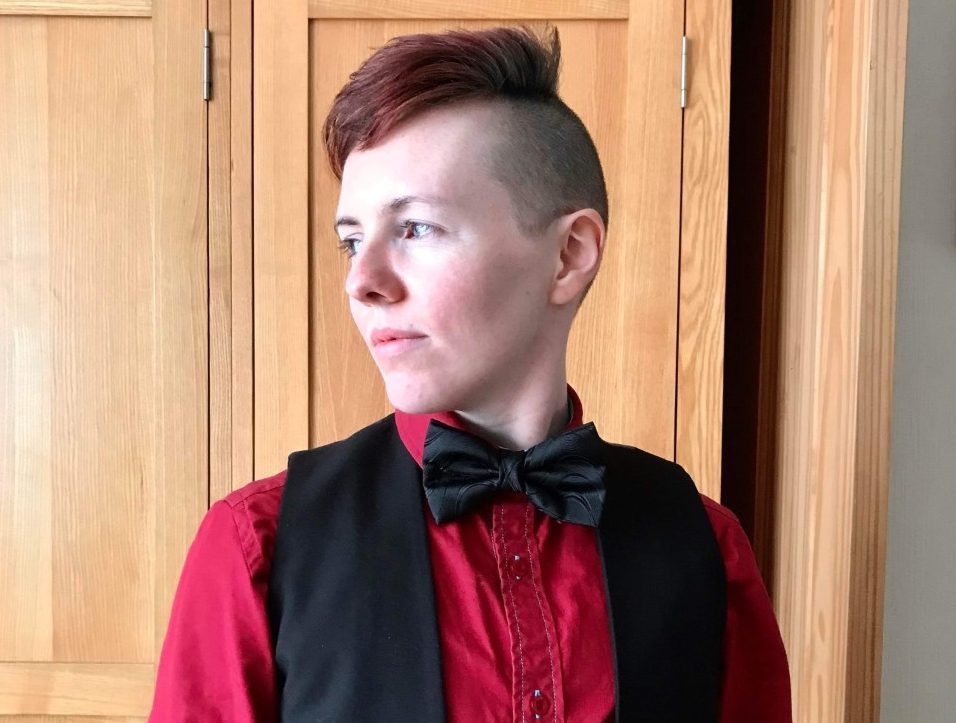 When I was told by doctors about how testosterone would change my body, my emotions, maybe even my thoughts, my decision to go on it was unchanged.

I was doing this as part of my transition, and a list of side effects wasn’t about to stop me.

Frankly, a lot of them looked like added bonuses. More muscle mass and increased libido? I was already signed up, unaware that I’d soon transform into a frothing horndog.

Before I started hormone replacement therapy (HRT), I had read a lot about it.

Those resources made the second puberty I was about to embark on sound like it had reliable markers and timeframes. Facial hair growth between three and six months, and periods starting to become a thing of the past between two and six months.

I haven’t had much luck yet on the crimson tide, but the face fuzz and heightened sex drive certainly have  big old ticks next to them now.

How I think about sex – and how often – has changed so much that sometimes I feel like a different person.

I’m now someone who actually casts their eye around the room wondering what objects they could use as an improvised sex toy.

I give more time to my own pleasure because my way of thinking about sex has subconsciously changed, along with my libido. The biggest adjustment is that I have found my pleasure has more worth to me now.

And the change in my orgasms themselves only ups the ante. I was never too bothered before about being able to have multiple orgasms, but there’s now a more urgent, faster build-up to a punchier climax.

Even though it’s more difficult to experience multiples of my new orgasm, I find they’re increasingly moreish and chase after that ultimate release.

Another way I’m taking control is with clit pumping. A manual pump and cylinder creates a vacuum seal around the clitoris, engorges it and encourages long-term growth. I’m not talking anywhere close to six inches here, but even two would be enough to affirm my masculinity when I look in the mirror.

This act might seem small. But to me, it’s about making my body reflect how I’m changing inside by stimulating growth in a body part that culturally commands power.

Though I’m frustrated by the idea that having a penis equals dominance, it’s always in play when I imagine myself with something more recognisable as a ‘male’ sex organ.

Wearing a silicone prosthetic penis (or packer) provides that sense of confidence while I’m waiting for HRT and pumping to have more impact.

I’m now more attracted to the idea of having a metoidioplasty – a surgery that releases the clitoris from its surrounding tissue so, with the natural growth from testosterone, it looks more like a penis.

This  new mindset has become important to my sex life as well as my identity.

Part of me feels I shouldn’t be writing about this for an audience. But that reluctance is in fact why I decided to buck up and get this down on the page.

With my growing self-confidence, I’m realising the validity of my sexual desire and gratification.

It’s a way I can care for myself, and how my partner can show caring for me.

Nothing about ours – or anyone else’s – sex lives are shameful, and if power dynamics play into that, then it’s a personal responsibility to keep it in balance outside the bedroom.

It was a functional solution to getting rid of distracting thoughts or to help me sleep.  Now I reward myself with it, regularly making time for self-love after completing a difficult task or long-delayed chore.

It’s so refreshing to find pleasure in something that had become mundane to me before.