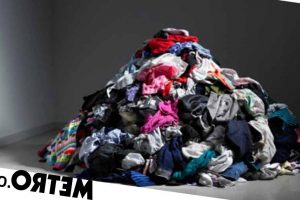 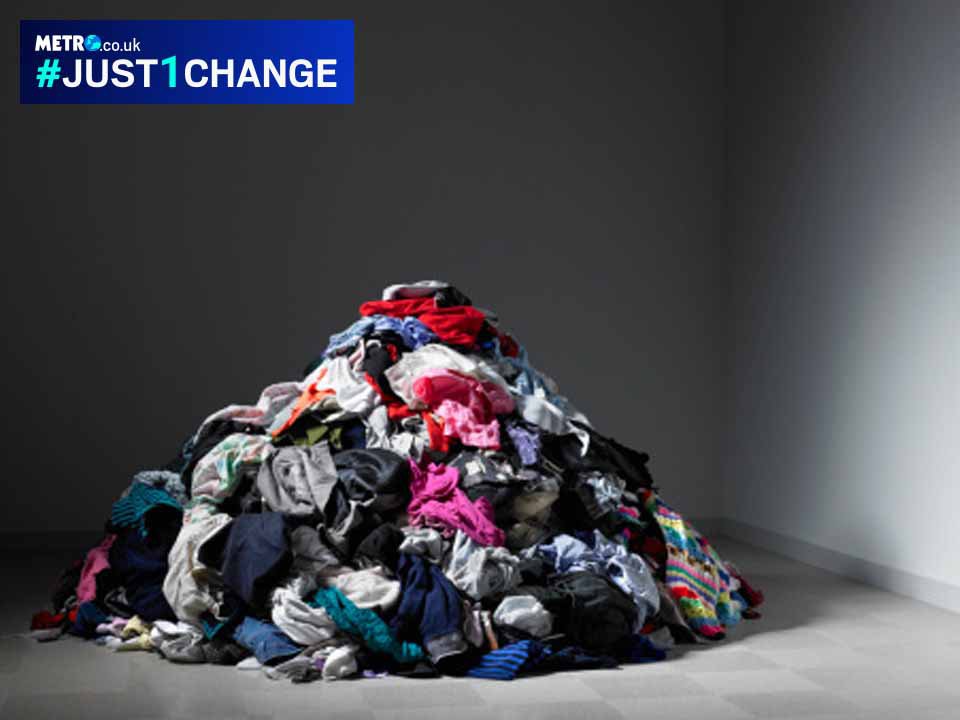 Back in Christmas 2020, I remember looking at the huge pile of oddly-shaped presents underneath the sparkling tree and thinking that, maybe, it was a little excessive.

However, I convinced myself that it was OK: it was the festive period, and everyone goes a little overboard, don’t they? But whenever I caught sight of the mountain, it made me feel more and more uncomfortable.

I couldn’t stop thinking about the amount of un-recyclable waste that mound of presents would create: the wrapping paper – rendered single-use by all the glitter and glue – ribbons and bows; the plastic wrapping and polystyrene that comes around and inside the gifts themselves.

It wasn’t until after the big day, in the run-up to New Year that I was convinced that having so much ‘stuff’ was far from fine. I wasn’t just looking at all the new stuff I’d acquired, but also amongst my existing belongings.

The amount of excess between just me and my husband made me want to start doing a declutter. I set to work but realised that once I’d started, I began to see more and more that irked me.

I really noticed the stuff that had built up in the garage. There was the pack of spare tiles kept just in case one got damaged, despite having redecorated in the time since, rendering them redundant.

They sat next to the pot of screws, door keys and other miscellaneous items stored even though I had no idea what they did, or which door, cupboard or car they opened.

I actually found a key for a car I had about 15 years ago.

My husband and I don’t have a large house, just three bedrooms, but you’d be surprised at how many things two people can accumulate over the 10 years we’ve been here. It wasn’t so much that we had rooms of junk piling up, it was more subtle. Cupboards and wardrobes would be full to bursting, but it never looked messy around the house – which is how I guess it crept up on us so easily.

Over the Christmas break, we had such a big overhaul, that it got to the stage where our neighbours thought we were moving house! I pretty much turned the house upside down looking for things to get rid of. If it wasn’t nailed down, or my husband wasn’t wearing it, off it went to the charity shop.

I managed to get rid of seven large black bin bags full of clothes – some of which still had the tags on.

I hadn’t forgotten the new items were there, ready and waiting to be worn. It’s more that I was, and still am, a creature of habit. I generally wear the same things to the gym on rotation. I have my favourite lounge outfit, and my go-to going out attire.

I was so disgusted with myself that I’d spent so much money on clothes I’d never even worn. I felt ashamed for buying into the quick buzz and excitement from owning something shiny and new. I never thought I was that kind of person, but these black sacks proved otherwise.

I’d never really thought too much about how my spending habits were having an impact on the environment before this. I was in my little life bubble: if I wanted a new top, or pair of jeans, I never stopped to think about how I was contributing to fast fashion, or how purchasing that top was affecting the planet in a negative way.

Seeing all this excess lit a fire in me to go against the grain and fight every cleverly placed marketing campaign that tried to make me buy their products. I went on a buying strike.

From that point on, every time I saw something willing me to buy it – whether in a shop or a promoted ad on social media – I walked away, or put my phone down. I challenged myself to see how long I could go without picking up anything other than the essentials, like petrol and food.

I didn’t have an end date in mind to begin with; I imagined a month, or two perhaps. It wasn’t until a few months in that I realised that I wanted to do it for the entire year.

It wasn’t long before I started to notice I had more money to spare. Our savings account started to look so much healthier than it ever had done previously.

We still do go out for meals every now and then – for birthdays and special occasions. However, we don’t splurge on the meals.

I never knew that a simple decluttering of our home would turn into such a journey. Not only did I start enjoying having more money in my pocket, I loved the way I was feeling on the inside. I no longer craved the buzz of buying something new. Instead, my thrill came from being able to save money, paying off more on our mortgage, and making do with what I already had.

Instead of looking online for some fingerless gloves when my hands were cold while typing, for example, I decided I was going to make some myself out of an old pair of socks. The enjoyment I got out of doing this far outweighed my want to buy anything new.

For something that started off in January as a small challenge, it has now become somewhat of a life-changing experience. It’s made me think more about the environment and how my choices impact our ecosystem in a much bigger way than just my little bubble.

For example, I think about the amount of plastic ending up in our seas and oceans: I now realise that if I buy something covered in plastic, I might as well be throwing it into the ocean myself! We do recycle all of our plastic at home – but not all plastic can be recycled, even if it goes to a recycling centre.

I now cycle instead of taking the car as much as I can and I buy produce from the local market where there’s less plastic waste. We’ll always look into car sharing before embarking on a long journey.

I upcycle old clothes instead of purchasing new ones. I make gifts for friends and family, and I no longer use tape or wrapping paper, choosing to reuse gift bags instead – or use brown paper from old packages, made to look nice with string, flowers from the garden, and homemade clay gift tags.

This challenge has made me want to be a better person when it comes to looking after our planet. We are borrowing what it has to offer, and should be giving it back just as it was when we die. Just like many beach visitors are told ‘leave it as you found it,’ the world to me is one beautiful beach to be enjoyed, but respected and loved.

According to Greenpeace in 2019, it’s estimated around £140million worth of clothing in the UK is sent to landfill each year. Then there’s the fact that textile production accounts for global emissions equivalent to 1.2billion tonnes of CO2 every year – a bigger carbon footprint than all international flights and shipping combined.

Before this, my husband and I had always been semi-mindful of the environment. We were great with recycling cardboard, but pretty much everything else went into our main waste bin.

It’d be full to bursting most weeks and we couldn’t work out how other people could go two weeks without needing it to be emptied. However, since January, we’ve maybe put the general waste bin out to be collected once, if that.

Everything gets recycled. We’ve even reduced how many bins we have – it’s strange how much less waste you have in your home when you don’t have bins to put things in willy-nilly. It’s a complete change of mindset when it comes to waste, and one we will continue with after the year is out.

I used to think that one person couldn’t make a difference; that it was in the hands of the big companies, or governments with the power to make these changes. However, now I believe it’s very much the responsibility of each and every one of us to reduce carbon emissions and help the environment.

One thing I would love the leaders at next month’s COP26 meeting to do is to enforce people to be more eco-friendly and more environmentally aware, but also to give people the power of knowledge. Everything I know now is what I’ve researched myself.

I think it can be quite confusing and confronting for some people to try and get their head around: What you can and can’t recycle and how/where to do it? What products are good or bad for our natural habitat, and is it better to use your boiler or a wood burner to heat your home? It would be so useful to have a fool-proof list of what you should be doing to help the earth.

I think general waste bins should be taken out of use so people are forced to recycle everything. If something can’t be recycled, it shouldn’t be allowed to be created in the first place!

I’ve learnt so much from doing this challenge that I often write about it on my blog, featuring tips and anecdotes on some of the little things you can do to make a difference.

I feel this Christmas will be quite a different one to years past. There won’t be mounds of presents under the tree and there certainly won’t be any wrapping paper being used. Instead, this year we will be getting our creative hats on and seeing what we can make with the things we already have.

We also both have re-useable advent calendars so my plan is to attempt to make some homemade chocolate truffles to put in them.

No matter how small, any positive action is a step in the right direction. I can’t believe my life has altered so much from making just one change.