Home » Lifestyle » I was wrong about Meghan, but not about her critics

I was wrong about Meghan, but not about her critics 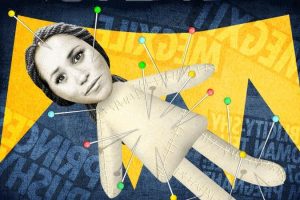 So who doesn’t have a strong opinion on Meghan, the Duchess of Sussex these days?

In case you have been inhabiting an underwater cavern, Meghan just gave an interview to New York magazine’s The Cut in which she claimed that, at a 2019 London premiere of The Lion King, she had been likened to Nelson Mandela. She told the reporter, Allison P. Davis, that a cast member from South Africa had pulled her aside: “He looked at me, and he’s just like light. He said, ‘I just need you to know: When you married into this family, we rejoiced in the streets the same we did when Mandela was freed from prison.’” 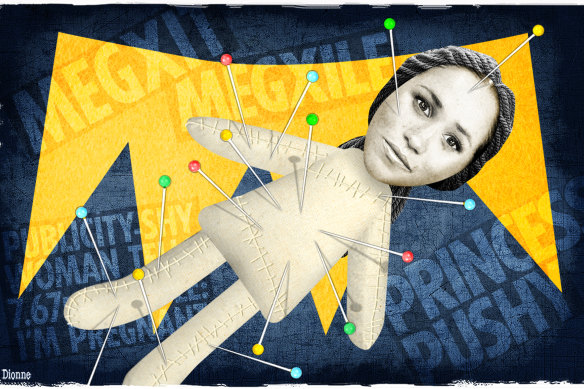 It was an absurdly self-serving story to tell, even if Davis added: “Of course, she knows she’s no Mandela”. Subsequently, the only South African cast member for The Lion King said he had never met Meghan, and had not attended that premiere – the hashtag #MeghanMarkleisaliar followed. It was also pointed out that Meghan has not dismantled apartheid; she simply married a white prince. As one woman wrote on a placard weeks earlier – outside a Nelson Mandela International Day event the Sussexes attended in July – “Mandela spent 27 years behind bars in South Africa. Markle spent 18 months in castles and complained on TV during a pandemic. Why are they here?”

The obvious privilege and self-importance made it difficult to finish Davis’s 6500-word article. And it made me realise I must finally acknowledge: I misjudged Meghan. I had wanted to give her the benefit of every doubt: a biracial woman marrying into a monarchy that had been the emblem of empire, a young feminist divorcee trying to forge a different way of being a princess in a historically patriarchal system, an American challenging some of the more stifling, snobbish mores of the British hierarchy and the rule-bound family known as “the Firm”. I cheered her pluck, hoped she might usher some modernity into an archaic institution, bring Harry some happiness.

The several years I spent researching a biography of Queen Victoria had only confirmed to me what an oppressive, if well cushioned, arbitrary burden being part of the royal family would be. A young Victoria cried on discovering she was likely to become Queen. Why don’t we ever allow royals another way of being, allow them the chance to build another life? Inherited power is innately absurd. Why assume they will all be suited to it?

And why not give Harry, a sheltered man whose teenage years were forged on the anvil of trauma, a break? And on the way out, why not give a kick to Fleet Street, which has long profited from bullying women, and from condemning royals with judgment and intrusion, sexism and racism? Also, why was the press so often more focused on a duchess – who has committed no crime, nor harmed another person – than a prince such as Andrew, who fraternised with sex traffickers and gave a financial settlement to a woman who claimed she was given to him to have sex with when she was a teenager?

That was my reasoning, anyway. But now, they have lost me. First, there was the Oprah interview with Harry and Meghan. The worst part was the gut-punch this would have given the dutiful, nonagenarian Queen considering this was aired while her husband was dying. Then there was the couple’s lack of self-awareness, their self-centredness, and the implicit assumption that the most important people to care about in any scenario are Harry and Meghan, not the people they hurt, not the relationships fraying in their wake.

But what I wasn’t wrong about was the nastiness, and intensity of many of Meghan’s most prominent critics. They have not let up for a moment, teeth bared, sinking into bone. Part of my hesitation about criticising the Sussexes is that I don’t want to join the ranks of the venal, hysterical and unfair; they have been subjected to the kind of global pile-on that would threaten the mental health of any sane mortal. Meghan-hate is clickbait and the uglier, the better. Some of this week’s epithets include: “fake and annoying”, “self-obsessed liar”, “prima donna”, “narcissistic, deranged”, “delusional”. All a TV presenter needs to do to get publicity is criticise her: “XX slams Meghan Markle!” Surprise! Flawed woman in the spotlight!

The monarchy has long thrived on “discretion”, and the turning of blind eyes. In his 1867 book, The English Constitution, British journalist Walter Bagehot warned against exposing the monarchy, implying part of its power is a not-knowing, a not-asking. He wrote: “Above all things our royalty is to be reverenced, and if you begin to poke about it you cannot reverence it … Its mystery is its life. We must not let in daylight upon magic.”

But we cannot forget that abuse and misery flourish in the shadows. In truth, the monarchy has, historically, been more dangerous when people are muted, when archives vanish, when documents are burned, myths burnished, truths buried, when entire lives are somehow swallowed whole by history. Diana shattered this myth of “magic” for a reason; behind all these suffocating silences is often the pain of women, the abuse of children, a stigma attached to disability or ill-health, the excesses of colonialism, an unacknowledged support for dictators, a pretence. One man’s stiff upper lip is another woman’s bridle and bit. In this context, a woman who threatens to talk, and keep talking, is an enormous threat.

I realise the Sussexes’ private jet trips and, as Davis described it, “climate-controlled and high-ceilinged and sun-dappled and perfectly marshmallowy” mansions, breathy incitements on social issues, aren’t massively persuasive or impactful. One can only hope their greatest achievements are ahead of them.

But this week also marked the 25th anniversary of Diana’s death in a car crash in Paris. If we are to honour her memory, to remember the awful needlessness of her death, as she was chased by tabloid reporters, we must also recognise the particular vulnerability of her offspring. Today the pursuit of her sons and their wives continues; whether adoring and lustful or judgmental and hateful, the volume, the vehemence, remains the same – deafening. Love them, hate them, be bored by them, it’s a spectacle we all consume, feeding the flames with clicking fingertips.