Useful idiots in the Cabinet destroyed our only leverage: IAIN DUNCAN SMITH says the EU are simply laughing in Geoffrey Cox’s face

The sight of a downcast Geoffrey Cox, the Attorney General, returning to Britain after yet more failed talks with EU negotiator Michel Barnier was galling.

If reports are to be believed, the EU has acted in bad faith and rejected his proposals for a simple but legally binding guarantee that the backstop – the agreement which prevents a hard border in Ireland – would not lock Britain in for ever.

And it is clear that unless there is such a guarantee, the backstop – which puts us in ‘temporary’ alignment with EU trade rules – is indeed a trap from which the UK might never escape. 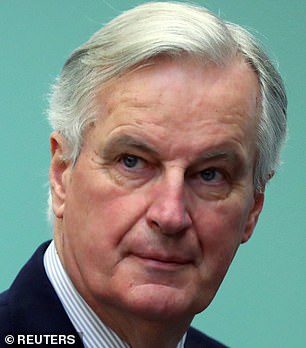 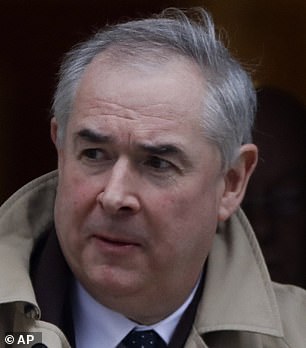 The sight of a downcast Geoffrey Cox (right), the Attorney General, returning to Britain after yet more failed talks with EU negotiator Michel Barnier (left) was galling

The problem is that the Attorney General was sent to negotiate these changes without any leverage at all. And this is because from the end of 2017, the Government has made a series of fundamental mistakes.

Instead of approaching these long-running talks with Europe as a true negotiation based on ambitious hopes for Brexit, they have treated them as an exercise in damage limitation. This, in turn, has led the Government to sign up to a withdrawal deal that leaves us – as rule takers – £39 billion worse off, with Northern Ireland locked into the EU.

And now, to make matters still worse, there has been a damaging revolt by three Remainer Cabinet Ministers – Amber Rudd, Greg Clark and David Gauke.

Astonishingly, they broke the vital rule of Cabinet collective responsibility and mounted a public attack on the Government’s clear position that No Deal would be better than a bad deal. This, remember, is the policy upon which all three had been elected. This reverberated around the EU Commission and undermined any final shred of power the Government still had. 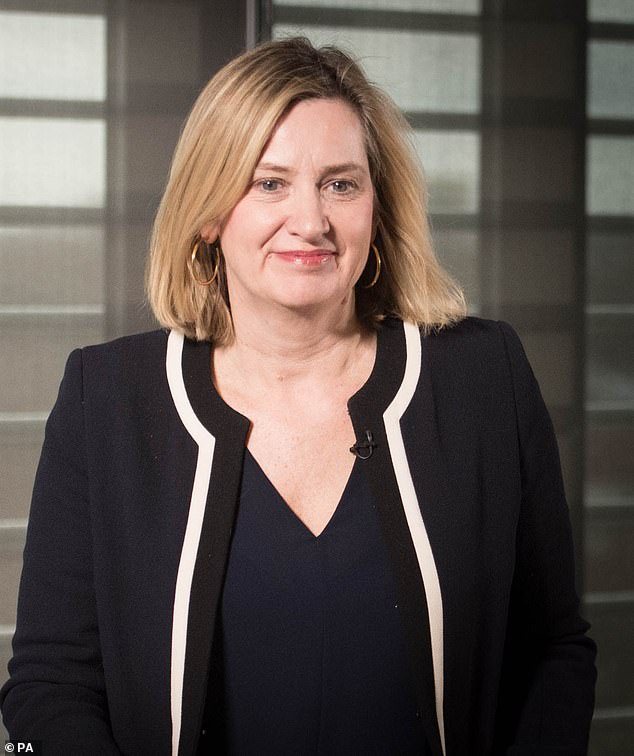 And now, to make matters still worse, there has been a damaging revolt by three Remainer Cabinet Ministers – Amber Rudd (pictured), Greg Clark and David Gauke

Small wonder that when even a lawyer of the standing of Geoffrey Cox QC seeks the most reasonable and limited reassurances, the EU simply laughs in his face. The European negotiators are only too well aware that Britain’s position was dramatically weakened by the activities of these Ministers. One constituent angrily remarked to me that the trio had ‘betrayed the Prime Minister and made them “useful idiots” for the EU’. I had to agree.

That damage was plain to see. I am told the Cox talks had been progressing well until the start of last week when, unexpectedly, German- born Sabine Weyand, a key negotiator and Barnier’s deputy, suddenly dismissed the proposed arrangements out of hand.

Seemingly, she had no fear of the UK leaving without a deal – even though that should have been our main negotiating weapon. Had she been taking instructions from virulently anti-UK Martin Selmayr, Secretary-General of the European Commission?

Even now, I believe there is a way through this morass. Backed by a group of MPs from both sides of the argument – Leave and Remain – this is known as the Malthouse Compromise. Under these proposals, the terms of the backstop would be replaced by arrangements which would still guarantee an open border between Northern Ireland and the Republic.

This would be a border without checks, and which would use existing customs procedures and new technology. Any ad hoc customs checks would be conducted away from the sensitive border itself. Even late last week, the Commons Northern Ireland committee endorsed this approach as the best way of resolving the impasse. Critically, it would mean that Northern Ireland remains a full member of the UK – dealing with the EU on exactly the same terms.

All that is required is a simple agreement between Europe and Britain to press ahead with these eminently workable proposals, with a firm date for implementation. After all, the EU knows the existing arrangements don’t work and have to change. It cannot be stated often enough that adopting the Malthouse compromise would make it much more likely that the Government’s deal would prosper.

Can the EU be persuaded to play its part and sign up to Malthouse? Sadly, I believe its true colours were on display in the discussions with Geoffrey Cox.

Having dismissed out of hand at the last moment Cox’s modest proposals, Barnier added insult to injury with an offensive tweet reinforcing his view that the only way for the UK to escape the backstop is to leave Northern Ireland bound in to the Customs Union – a position rejected by Britain a full year ago.

Most of us want Geoffrey Cox to succeed as he continues to negotiate for us to leave on March 29. Yet I cannot see the deal passing unless we can agree that the backstop no longer poses a threat to the UK’s sovereignty – or it is replaced.

Some argue that Brexit is at risk if the deal is rejected. I disagree.

As I have already pointed out, we are being asked to vote for an arrangement which both the EU and the UK Government know cannot be implemented. It forces the UK to be a rule taker – and for me, that is the biggest risk of all. No deal is most certainly better than that.

As it stands, Parliament passed legislation to leave the EU on March 29 in line with Article 50. And unless that legislation is revoked, that is exactly what we will do.