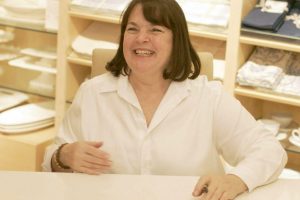 The soft-spoken Barefoot Contessa, better known as Ina Garten, is a beloved member of the Food Network family. Having her own show since 2002, she’s helped thousands decide what to make for dinner for years. Not only are her meals delicious, but her hacks are genius. Recently, she took to Instagram with a tip about cutting cauliflower that blew people away.

Fans of her Barefoot Contessa cooking show are familiar with her husband, Jeffrey. Married since 1968, the couple lived in Washington DC during the early years of their union. Jeffrey worked for the state department while continuing his graduate work, and Ina worked in the Office of Management and Budget, writing the nuclear energy budget.

Although her work was mentally stimulating, it wasn’t fulfilling her. That’s when she decided to take a big leap — with encouragement from Jeffrey. She saw a specialty food store for sale in the Westhampton, New York area.

Garten struggled to pull the trigger until she had a conversation with her husband. Jeffrey told her, “If you love it, you’ll be really good at it.” And Garten told Insider, “That’s the best advice anybody ever gave me.”

A new store, cookbooks, and finally — a Food Network show

Making that life-changing decision back in 1978 resulted in The Barefoot Contessa, a store specializing in delicacies like imported cheeses, locally grown produce, and salads. The business grew as Garten added in chefs and bakers.

By 1996, she decided to make another career move and sold the store to two of her employees. After that, Garten’s career went in another direction once again.

After years of experience trying out recipes at The Barefoot Contessa, Garten decided to try her hand at writing a cookbook. Published in 1999, The Barefoot Contessa Cookbook contained recipes featured in the store. The cookbook was a hit, and the next year she published another.

According to her Barefoot Contessa website, soon after that, she caught the attention of Food Network execs and launched her own show in 2002.

Since then, Garten has appeared on countless Food Network shows, published 12 cookbooks, and is featured in magazines like Martha Stewart Living, Oprah’s magazine, and House Beautiful. She’s one of the most beloved faces of Food Network, and even celebrities like Jennifer Garner are mesmerized by Garten’s cooking abilities.

Throughout the years, Garten’s tips have helped everyday cooks make their best dishes. Hacks like using a knife to mash guacamole or taste-testing with your eyes closed are unique tips fans haven’t heard before. But her hack for cutting cauliflower blew the internet away.

As any avid viewer knows, Garten is a huge fan of cauliflower. In fact, she even told Cooking Light that it’s in her top five trendiest foods. And she’ll eat it any way — in soups, on toast, cauliflower rice, or just plain. But she realized, not everyone knows how to properly cut the veggie.

To help her fan base out, Garten took to Instagram to showcase how to cut cauliflower without making a huge mess. The hack was so simple that many were stunned they didn’t figure it out beforehand.

Food 52 featured the video and the tip. Instead of cutting down straight from the top, cut out the core, and you can easily pull the florets apart. To make them smaller, just cut through the stem part of the way and pull it apart – making the perfect sized florets. Who knew it was that easy?

That’s why people love Ina Garten, she takes something that looks challenging and gives an easy, simple-to-do hack that turns out perfectly time and again.