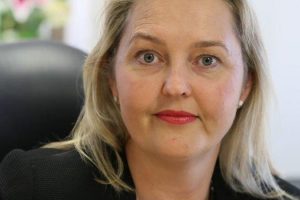 An industrial commissioner who backed a challenge to vaccination mandates endorsed a social media post likening public health measures tackling the coronavirus to “Chinese style totalitarian social control” and suggesting the world is on a path to a Holocaust-like catastrophe. 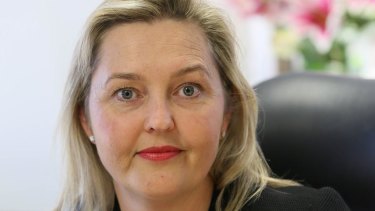 Attorney-General Michaelia Cash, who announced Ms Dean’s appointment to the commission in 2016, said she disagreed with the sentiments in the post and would raise the matter with commission president Iain Ross.

“They do have a code of practice for social media and if that code was breached the president would take the appropriate action,” Senator Cash told Senate estimates on Wednesday, where the post was raised by Labor.

Senator Cash was not shown a copy of the post, which The Sydney Morning Herald and The Age have seen, before being asked to comment by Labor senators.

“I don’t know if she [Ms Dean] did make those remarks, but if they are her remarks … they are a matter for her, but I would not agree with those views,” Senator Cash said.

Senator Cash does not have individual oversight of commissioners’ behaviour because the tribunal is independent.

Ms Dean’s social media profile on LinkedIn publicly identifies her as a deputy president of the Fair Work Commission. Aside from her views on public health, industrial insiders regard Ms Dean as a competent, nice and experienced industrial commissioner.

The post she endorsed begins with the author recounting how her father survived the Holocaust, which started with “small seemingly plausible steps, all couched in terms of what was for the ‘greater good’.”

Alluding to the coronavirus pandemic, the post then states the West has faced other seasonal respiratory pandemics without “adopting all the trappings of totalitarianism fuelled by irrationality and fear”.

“The World Health Organisation has never before endorsed measures with health and social impacts that will last generations … we have imported Chinese style totalitarian social control mechanisms based upon very selective science.”

“Now we are at the precipice of another global tragedy fanned again by ideology of ‘health’ for the majority.”

It concludes with a photo of two Hungarian Jews wearing yellow stars, an identification device Nazis forced on Jewish people to aid their campaign of genocide and persecution during the Holocaust.

Anti-Defamation Commission chairman Dvir Abramovich said vaccines and public health measures were designed to save lives and were nothing like the Holocaust.

“There are ways to have a sensible and civil debate about this issue, and people are entitled to hold and express strong views about government policy, but they should not enlist Hitler’s genocide to score a political point. I call on Ms Dean and anyone else who engages in such conduct, to apologise and to refrain from employing such outrageous analogies in the future.”

“Perhaps it is India’s love of turmeric,” the post said.

Official statistics suggest about 450,000 people have died from the coronavirus in India to date but experts believe the true death toll could be between 3 and 4.7 million because hospitals were so overwhelmed during peak virus waves.

Last month Ms Dean concluded an aged care worker had been unfairly dismissed for refusing a mandatory flu jab. However, she was overruled by two other commissioners and a NSW Supreme Court judge was later scathing of her reasoning, suggesting parts of her decision were more like a political pamphlet.

The Fair Work Commission and Ms Dean were contacted for comment. Commission officials will appear at estimates later on Wednesday.