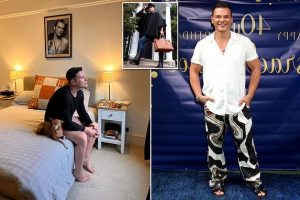 ‘It shouldn’t be shameful, men matter too’: Influencer, 40, who insists the ‘male menopause’ IS real says he was diagnosed following a sudden bout of depression, mood swings and severe lack of libido

A 40-year-old influencer has revealed that he is petitioning for more acknowledgement of the male menopause after recently being diagnosed following a sudden bout of depression, mood swings and severe lack of libido.

London-based influencer and TV presenter Israel Cassol, or ‘The Birkin Boy’ as his online followers know him, celebrated the milestone earlier this year surrounded by friends and family in London.

The big birthday marked a poignant time in Israel’s life, having finally found his dream job, and achieved his ultimate health goals.

What Israel thought would be the start of some of his best years rapidly took a turn as he soon found himself in dark place of depression, something he says, ‘came over him like a wave’. 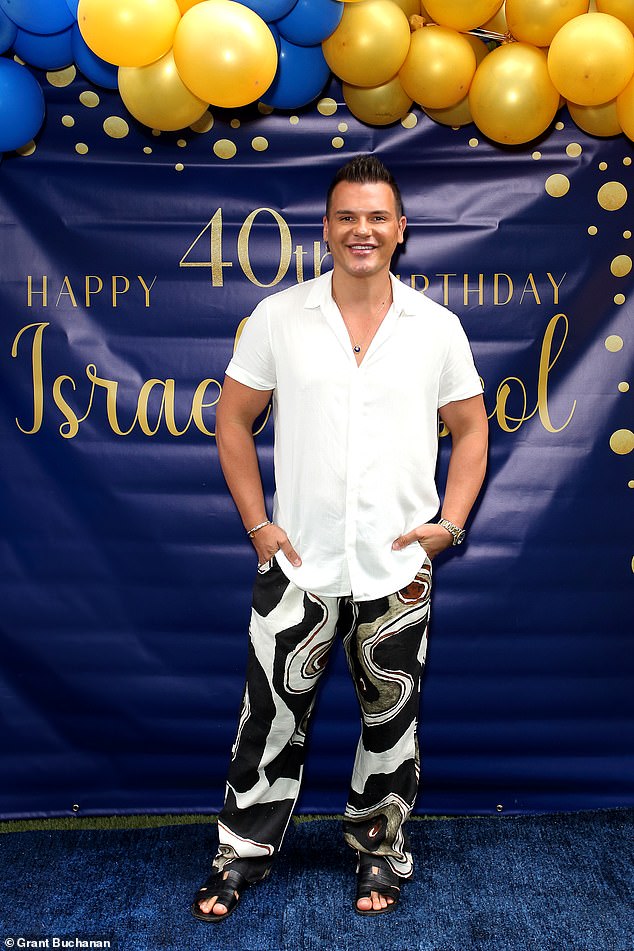 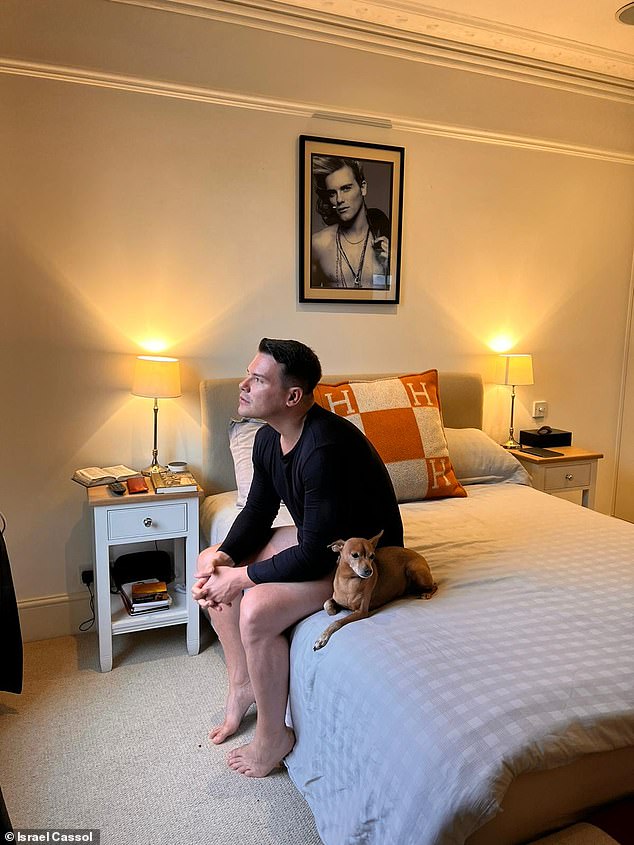 Israel (pictured) has recently been diagnosed with the male menopause following a sudden bout of depression, mood swings and severe lack of libido

‘I remember being on cloud nine after my 40th, it’s an age I think we all fear slightly but as it grew closer, I started to feel excited about the milestone,’ he explained. ‘For me it was about celebrating all that I’ve achieved in the lead up to my 40’s and I wanted to share this special moment surrounded by my friends and family.’

‘After the celebrations had died down, I began to start feeling a sense of sadness and incredibly low. I put it down to the celebrations coming to an end but as the weeks continued, the feeling worsened.’

As the months continued Israel started to notice further symptoms in himself which he had no idea how to interpret. 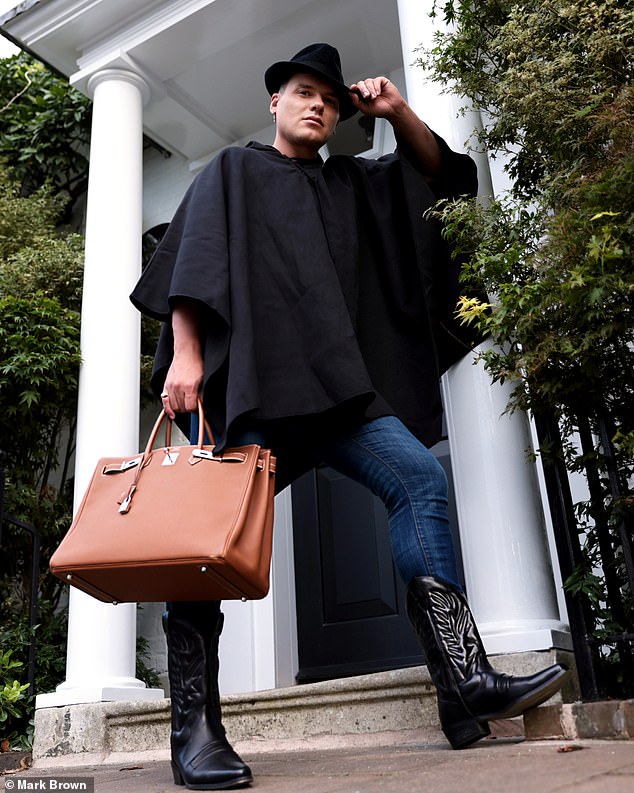 Israel (pictured) was confused over what was happening to himself and his body, but was convinced this was just how everyone started to feel once they had turned 40

Confused over what was happening to himself and his body, Israel was convinced this was just how everyone started to feel once they had turned 40.

THE MALE MENOPAUSE: HOW TO SPOT THE SIGNS

‘A slide into weight gain, lethargy, low libido, general grumpiness and tiredness is often seen as an inevitable part of growing older,’ says Dr Gluck, ‘but it needn’t be.’

If your husband suffers from the symptoms below, it might be time to seek help…

WHERE TO FIND HELP

A blood test and full medical and symptom history will reveal whether a man has reduced hormone levels.

DHEA: Dehydroepiandrosterone, a hormonal precursor produced by the adrenal glands and made into testosterone.

Treatment usually involves testosterone (by cream or gel), DHEA (in capsules) or progesterone. After treatment ‘men sleep better, get back their zest for life and their wives get back the men they fell in love with.’ Dr Gluck warns that treatment may not be suitable for men with a history of prostate cancer.

Israel’s marriage quickly started to suffer as a result, due to his lack of sex drive and pleasure in everyday activities.

‘I thought maybe I was going off my partner and wanted to be with other people,’ he said. ‘I couldn’t believe how little interest I had in being intimate and affectionate with my husband, it was not like me at all, usually I am a morning noon and night type!’

Believing he had lost all sexual desire for his partner, Israel turned to dating apps to see if someone new would bring back his spark, something he admits to later regretting.

After failing to discover the problem, Israel decided to undergo testing to see if his symptoms were the result of an underlying medical issue. What Israel discovered shocked him.

He was diagnosed with the early stages of ‘Andropause’, better known as the male menopause, something he didn’t know existed until now.

‘I couldn’t believe what I was hearing, I thought the menopause was something only women went through, I never knew it could affect men just as much,’ he explained.

‘I was overweight, tired and had lost all sex drive, which made complete sense once the doctors told me the possibility I was going through the andropause.’

After being diagnosed, Israel was prescribed hormone creams and oral tablets to take, just as women are prescribed for the female menopause, something he is continuing to do now.

Speaking out on his social platform Israel took the brave decision to share with his 500,000+ followers what he had been experiencing, something he admits took a lot of courage.

‘I took to my social media as I wanted to know how common this feeling was amongst my male followers,’ he explained.

‘Being an influencer with a big platform I was hesitant to share such intimate details of my life but needed to know if this was an issue others were facing.

‘I couldn’t believe the response I received from men describing similar symptoms I had suffered from.’ 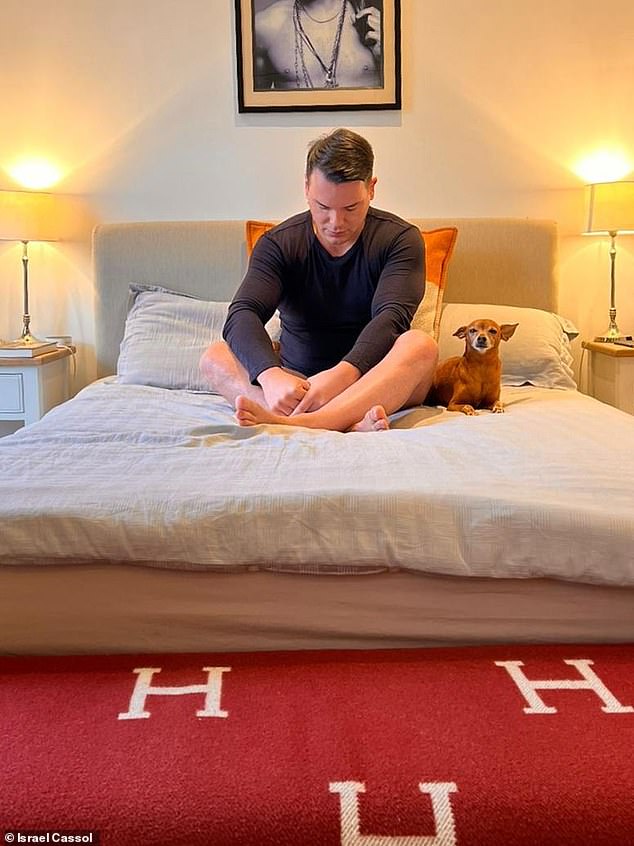 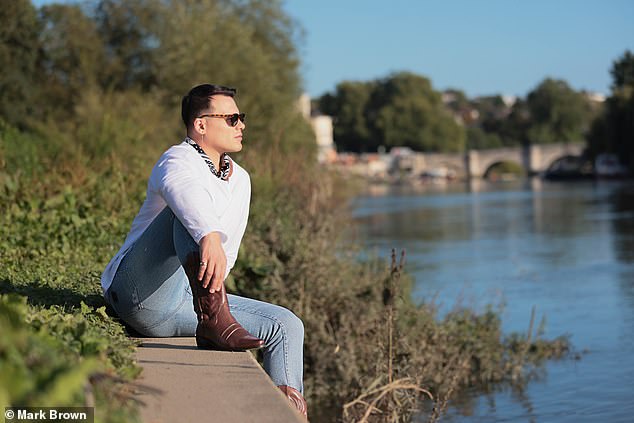 Israel (pictured) has spoken out on his social media platform, something he admits took a lot of courage 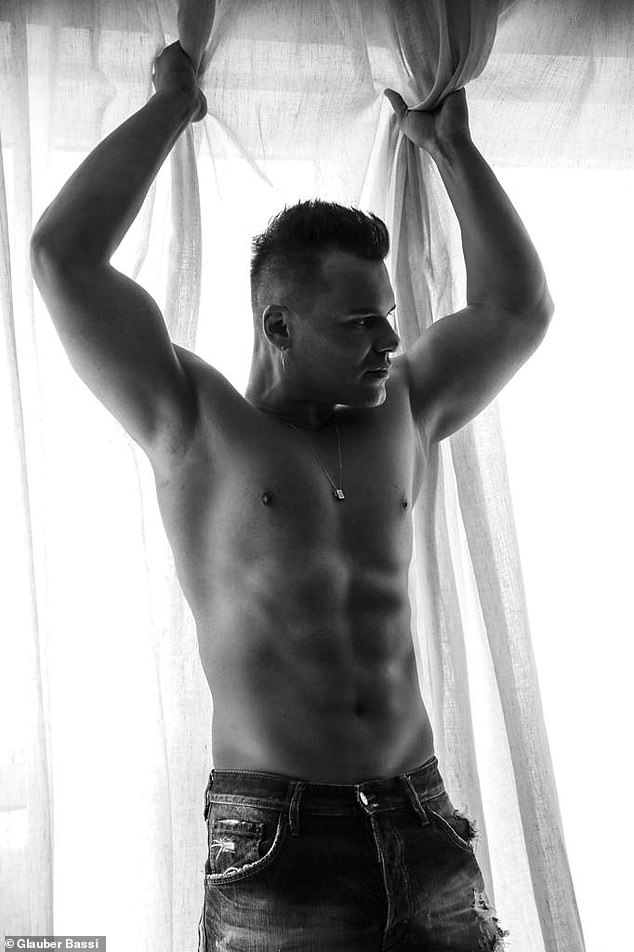 Israel (pictured) said ‘we need to break this stigma and get more men talking, it shouldn’t be shameful, men matter too’

While not as well recognised for men as it is for women, the male menopause is predominant, and cases are on the rise.

The difference is that menopause in women occurs rapidly in comparison, while the menopause-like phenomenon among men is a relatively slower process.

Still a taboo, many argue the topic of male menopause to be debatable as menopausal women stop producing eggs, while men can continue producing even into their 80s and beyond.

‘Being a man, society forces you to just get on with these obstacles and feel defeated if your manhood isn’t doing what it should be doing,’ explained Israel.

‘We need to break this stigma and get more men talking, it shouldn’t be shameful, men matter too.’