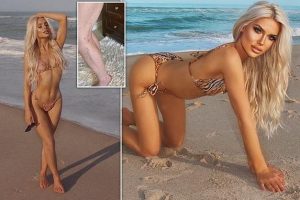 Happy bite-day! Influencer reveals she was left covered in sores after being attacked by sand flies during a birthday photoshoot at the beach

An influencer has proved that sometimes glamorous content is just not worth it, after being left covered in bites from sand flies while posing for photos in the sea.

Chelsie Gold, 25, who lives in Ontario, spent her birthday snapping shots in various bikinis for photos to share on her Instagram page, where she boasts over 32,300 followers.

The influencer claims her legs were left covered in bites from pesky sand flies that had been hiding in the hedges on the shore of a private beach in the Melbourne area of Florida.

Despite trying to treat the bites with the medicine Benadryl, Vicks VapoRub and Bio-Oil, Chelsie’s legs are still covered in scabs and scars over a month after the attack.

Chelsie said: ‘Not only did I get attacked by sand flies, I also got a kidney infection somehow. 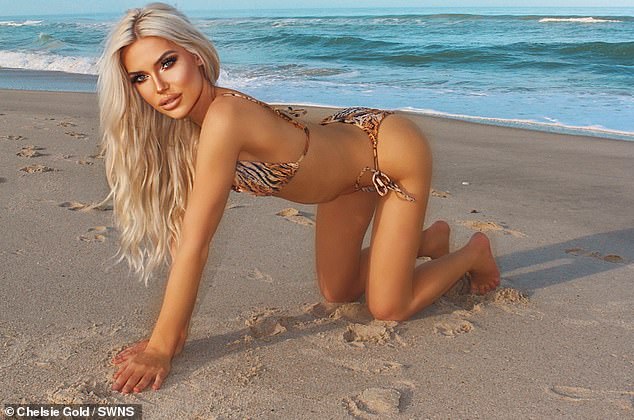 Chelsie Gold, 25, (pictured) who lives in Ontario, Canada, has claimed she was left covered in bites after taking photos on the shore of a private beach in the Melbourne area of Florida 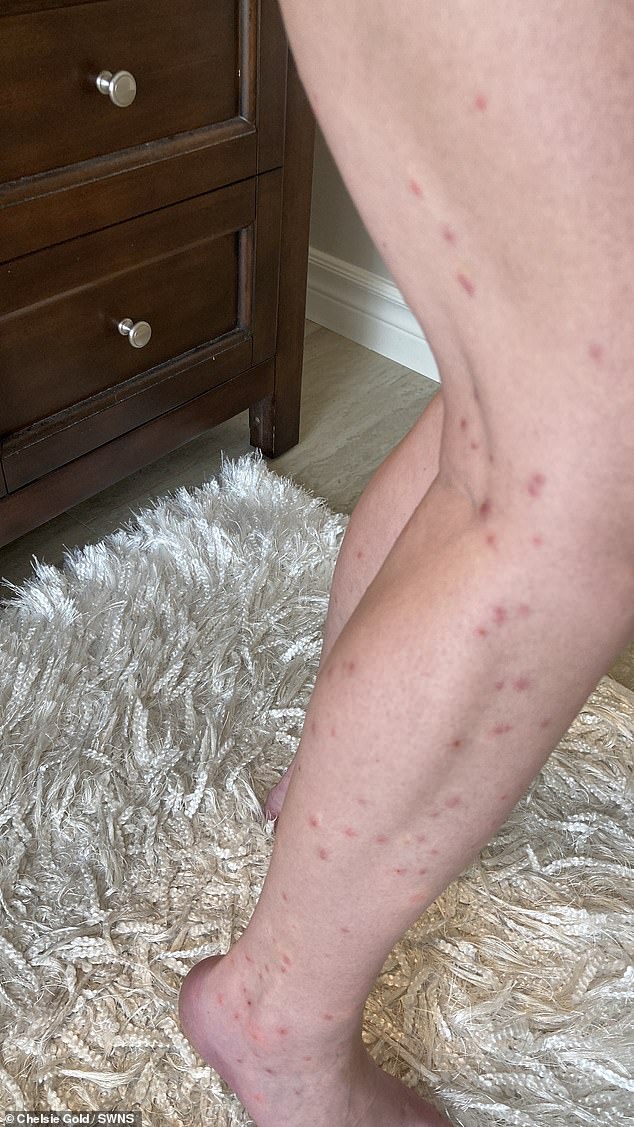 Chelsie, who also got a kidney infection during her trip, said she had to fly home early because she didn’t have health insurance

‘[I] had to fly home early because I had no health insurance. I thought, “What could go wrong on a five day trip?”.

‘I was bit on February 18 which was actually my birthday! The bites only came out on around February 22 once I got home, which I was kind of thankful for because I had everything I needed to treat the bites here.

‘I was there shooting content at sunset and I was changing in and out of bathing suits. I had my beach bag up by the hedges which is where the sand flies burrow.

‘I did notice while I was changing that there were little black specs on me but I thought it was just sand because, to my knowledge, there were no mosquitoes in Florida. 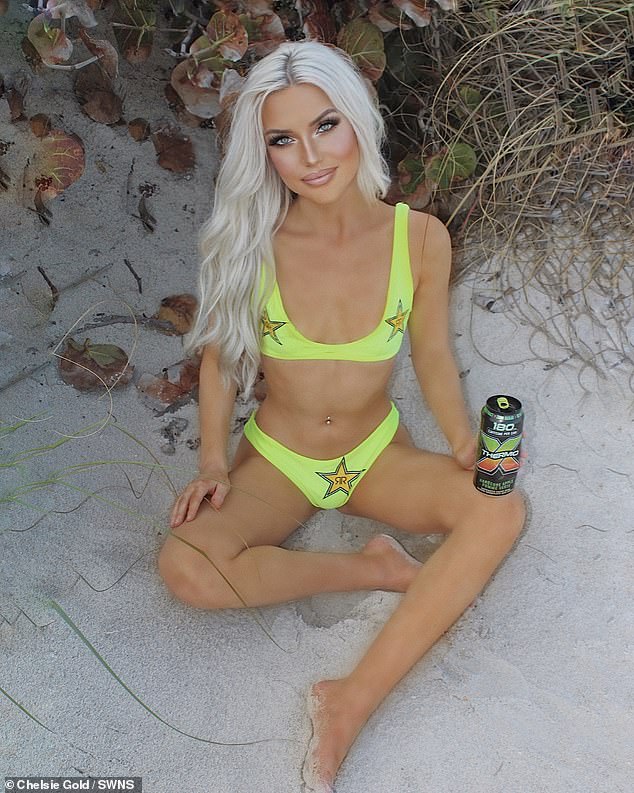 Chelsie said she had her beach bag up by the hedges to change outfits, which is where the sand flies burrow

‘Going to the doctor when I got back home to Canada, they were confirmed to be sand fly bites – not to be confused with sand flea bites. They are tiny, tiny, microscopic little black flies.

‘This itch isn’t just a normal mosquito or fly bite itch – it is like the type of itch where you just can’t stop scratching until you rip the skin and even though the skin is ripped, you can’t feel any pain because you’re that itchy.

‘I am recovering well, finally – just conquering the scars now. I do want to send a warning to others during sand fly season – I wouldn’t wish that experience upon anyone.’ 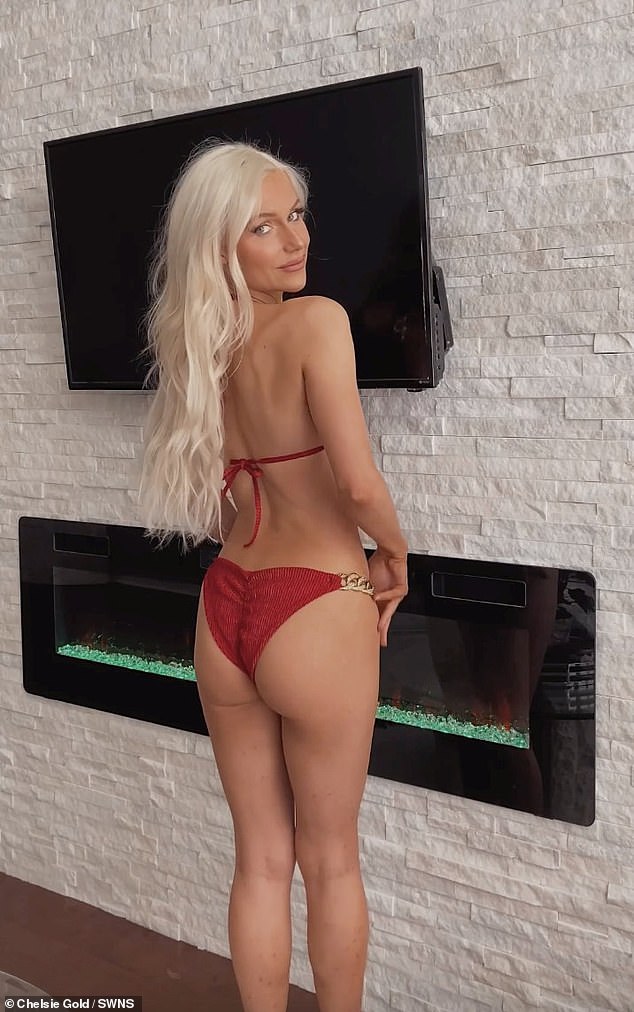 Chelsie said the itch from the bites isn’t like being bitten by a mosquito or fly, as it’s the type that you ‘can’t stop’ scratching until the skin rips

Chelsie attempted to cover the remaining scars with fake tan before flying to Cuba on March 17 for a series of photoshoots, but was not able to hide the marks that appear all over her legs and had to have them edited from her shoot pictures.

She has urged her fans not to let her experience sway their decision to go to Florida for Spring Break.

The influencer has shared her advice for keeping safe from sand flies following her horrific ordeal.

She said: ‘Don’t let my experience in Florida ruin your Spring Break or any other plans because there were a lot of contributing factors as to why this happened to me. 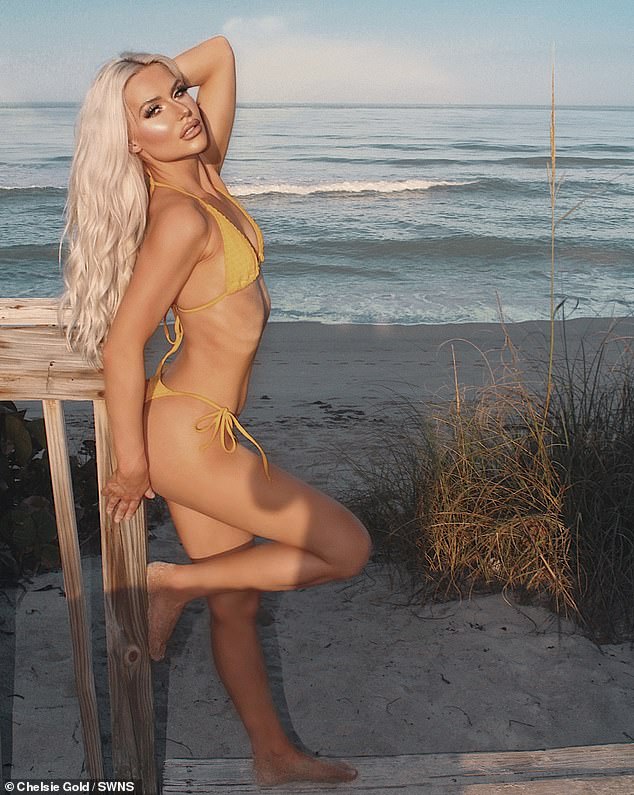 ‘While I was doing my own research, I did learn that if you do go to the beach, make sure that you’re going during the daytime when there’s a breeze and not the day after a storm, after it rains or when there’s no wind because that’s when they tend to come out.

‘I do want to send a warning to others during sand fly season – I wouldn’t wish that experience upon anyone.’