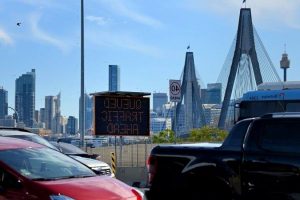 NSW will receive just 17 per cent of federal funding set aside for key road and rail projects, with the bulk going to Victoria and Queensland after the Albanese government axed billions of dollars from infrastructure funds.

The Labor government’s first budget since winning the May election gives NSW $1.4 billion over 10 years, which includes $500 million for early works on the Sydney-to-Newcastle fast rail line and $268 million for the New England Highway Muswellbrook Bypass. In comparison, Victoria will receive $2.6 billion. 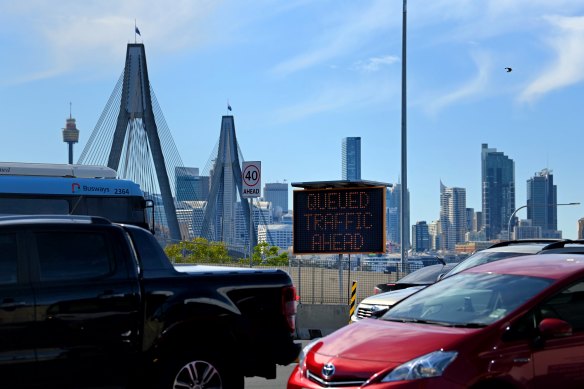 Traffic on Victoria Road near Robert Street in Rozelle.Credit:Kate Geraghty

Queensland’s share of the $8.1 billion for priority road and rail infrastructure projects will be $2.1 billion. The Northern Territory, with a population of 249,000 people, will get $500 million.

While the budget papers do not detail which NSW projects will receive funding, or which ones will be cut, Prime Minister Anthony Albanese confirmed ahead of the budget that there would be $300 million for western Sydney roads, and money set aside for upgrading Richmond Road and early works in the north-west growth corridor.

On Monday, Premier Dominic Perrottet said NSW should “get its fair share” and not be penalised for “building so much infrastructure … more road infrastructure than any other state in the country”.

The budget papers also reveal the government will axe the $5-billion urban congestion fund, including the commuter car park fund that was hugely controversial for the previous federal government.

The government will also delay spending $6.5 billion on existing projects across the country “to better align the investment with construction market conditions”.

Despite NSW missing out on funding under the federal priority program, its share of payments towards state infrastructure is higher than Victoria, with NSW to receive $3.3 billion this year, or 23 per cent.

There is also funding for road black-spots, upgrading bridges, and construction and maintenance of local roads.

“After discussions with the states and territories, some spending has been moved into future years, when the market will have greater capacity to support elevated levels of investment,” King said.

“The government is also closing down the Urban Congestion Fund and cancelling a number of the Coalition’s most egregious commuter car park projects.”

King said the government wanted to fund infrastructure “that leaves a lasting legacy”.