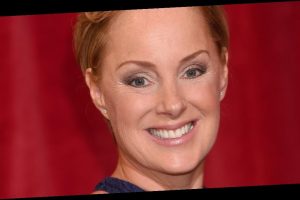 Sally Metcalfe has been a popular Coronation Street character since she first arrived on the ITV show in January 1986.

The original Webster matriarch, played by actress Sally Dynevor has been a central character for over 30 years and is the ninth longest running character on the ITV soap. 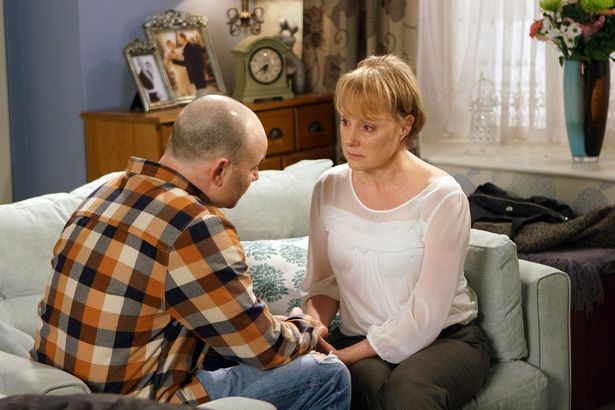 Sally – who has had an on-off relationship with Kevin and has two children Rosie and Sophie – has had some big story lines including being diagnosed with breast cancer, becoming the victim of domestic violence, and victim to an online troll.

In real life Sally has been married to her husband for over 25 years and has a very talented family… Let's take a look inside her family life.

Who is Sally Dynevor's husband?

Away from Coronation Street Sally has been married to husband Tim Dynevor since 1995.

The scriptwriter was nominated for a BAFTA for his work on Emmerdale in 2008, and his father is former Coronation Street director Gerard Dynevor.

The couple recently celebrated their 25th wedding anniversary and told OK! Magazine about married life: "Well, we've stuck to our vows so there's no need to renew them. I'd like to do another adventure, but with Tim.

"We went to the Maldives after I'd finished my cancer treatment and I'd quite like to go back there."

The actress used to go by her maiden name, Whittaker, professionally, but following her battle with cancer in 2009 and going into remission, she decided to change her name.

"I’d kept Whittaker because everyone knew me as that but it suddenly didn’t seem very important… I want to be Mrs Dynevor and not Sally Whittaker. Tim was really pleased. I just wanted to have the same name as my family."

How many children does Sally Dynevor have?

Their daughter Phoebe, 25, is currently starring in hit Netflix show Bridgerton, playing Daphne and impressing fans across the globe.

She also previously had roles in Waterloo Road as Siobhan Mailey, Snatch, and Prisoner's Wives.

Their youngest daughter Harriet is also pals with the daughter of Sally's former co-star Ryan Thomas, Scarlett and was recently snapped enjoying a night in round his house watching a movie on their outdoor screen.

Their son Sam also graduated university at the end of 2019, with proud mum Sally sharing a picture of her son congratulating him on his big day: "So proud of my beautiful son #graduationday."

During lockdown Sally and her kids kept themselves entertained trying out TikTok dances, taking their dog for a walk down country lanes and baking, as well as jumping in on the occasional Zoom call with the Corrie cast.

Sally’s daughter, Phoebe also shared a look inside the home as she wished her mum a Happy Mother’s Day last year.

When did Sally Dynevor have cancer?

Doting mum Sally exclusively revealed to OK! magazine in 2019 that she still hadn’t dealt with her cancer diagnosis.

It was like life imitating art for the mum-of-three who was diagnosed with breast cancer in 2009 after filming scenes for her character who also had the same diagnosis.

She described it as “such a massive shock” whilst saying she “just wanted to be there for [her] children.”

Discussing the poignant series of events with OK!, Sally revealed: “Ten years on I still find it hard to talk about it. I try to forget I had breast cancer."

She marked her 10 year anniversary of her cancer diagnosis last year by scaling Mount Everest for charity.