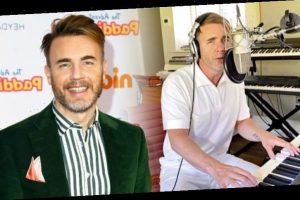 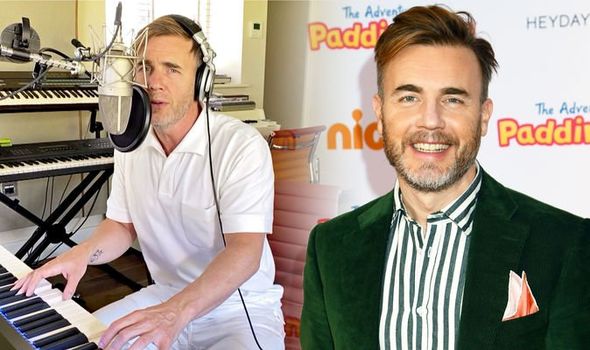 Gary Barlow tweeted his fans to inform them he would be appearing on Ant and Dec’s popular show. He wrote: “Tonight sees the return of @itvtakeaway with @antanddec – And I’m excited to be performing at the end of the show… Enjoy! #SaturdayNightTakeaway.”

What is the famous singer’s family life like and where does he live?

Gary has a recording set up in his home, as is fitting for the musician and songwriter.

In it he has soundproofing, a large computer set up, and many, many keyboards.

He appeared in a video interview from his home.

Behind his is set up a large bookcase. 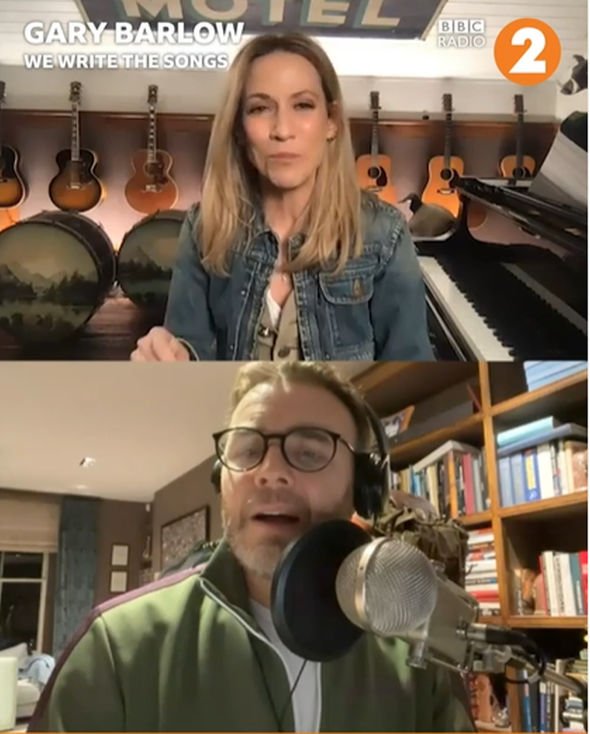 The walls are painted a warm, grey-green color, with large white windows with blue curtains.

Gary has also posted a video doing yoga with his daughter. In the video, viewers can see Gary’s huge living room with a large semi-circular window.

The room has white furniture and white columns, as well as a white patterned carpet.

Another snap shows his daughter playing a white grand piano on a grey flagstone floor.

DON’T MISS
Covid new strain symptoms: Four coronavirus signs that ‘should’ be added to the NHS list [COVID]
Who is the richest member of Take That? [NET WORTH]
Why did Robbie Williams leave Take That? [INSIGHT]

Gary lives in London with his wife Dawn and their children.

He has multiple other homes too though, including a Grade II-listed house in West Oxfordshire. He also has a beach house in Santa Monica.

His London home is rumoured to be worth a huge £18m.

The Sun reported in 2019 Gary was planning to add a pool and a gym to his 18th century Cotswolds property. 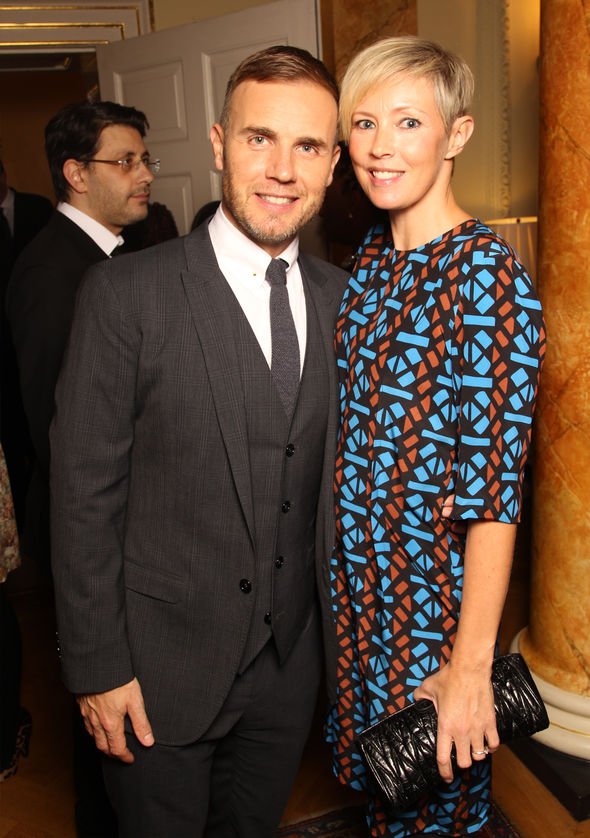 Who is Gary Barlow’s wife?

Gary Barlow is married to Dawn Andrews. The pair married over two decades ago in 2000.

They met when Dawn was a dancer on Take That’s Nobody Else Tour in 1995.

The pair have three children, Daniel, Emily and Daisy. Tragically they had another daughter, Poppy, who was stillborn. 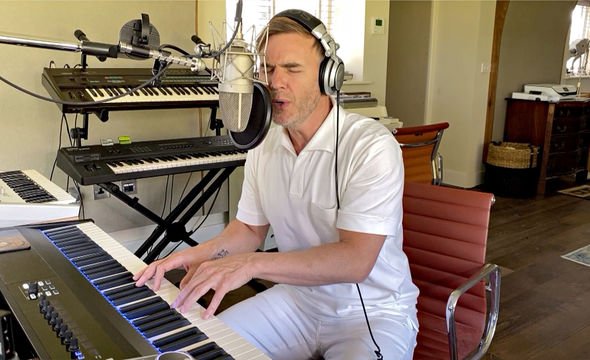 What is Gary Barlow worth?

According to reports Gary has warned £105million.

The main reason for Gary’s wealth is writing credits on a huge number of songs. They include Take That hits such Back for Good.