Inside the Code Word System Used for a Royal Family Death 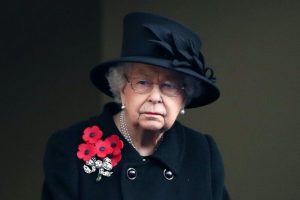 Assisting – and protecting – the British royal family isn’t easy by any stretch of the imagination. You have to consider their safety whenever there’s a possibility they may interact with the public. The royal family’s handlers also need to maintain situational awareness as to the whereabouts and status of each member of the royal family.

One uncomfortable scenario these handlers have to account for is the potential death of a royal family member. The royal family has even designed a code word system in the event of a death. Let’s take a closer look at that system, and what code names they use for the various members of the royal family.

When one of the royals dies, it’s obviously going to cause massive public disruption. Everyone in their inner circle must be made aware of this without tipping off the public lest the story gets out of control. Then they have to plan the funeral, which comes with its own unique set of considerations.

With regard to her eventual death, Queen Elizabeth II has accounted for that unfortunate scenario for quite a while now. She’s had her funeral arrangement plans for over 50 years. The royal family even has multiple dress rehearsals on an annual basis to ensure that when it does happen, the ceremony can go off without a hitch. So what’s the code word for the Queen and her son, Prince Charles, if they were to pass?

What are the secret code words for the Queen and Prince Charles?

It should come as no surprise that the bridge used to signify the Queen’s death is the most significant bridge in the country. The code word for her demise is “Operation London Bridge.” If a member of the royal family’s staff hears the phrase, “London Bridge is down,” they’ll know the worst has happened. That isn’t the only code name the Queen has.

When being moved about in public, her handlers refer to the Queen as simply “Sharon.” This is for her safety and to avoid the public having any undue knowledge of her whereabouts. Often, they’ll shorten this to “S.”

Prince Charles’ death code is unsurprisingly also a bridge. An episode of the Netflix historical drama The Crown revealed this one when covering the avalanche Charles was caught in. His code word is “Operation Menai Bridge.”

Prince Philip was the Duke of Edinburgh, and so was given a Scottish bridge for his code word. The name “Operation Forth Bridge” was used for his death and all the events surrounding his funeral.

What are the secret code words for Harry, Meghan, William, and Kate?

There are no royal family death code names for the younger generation of Windsors, but they still have code names in use for when they’re in public. William and Kate are referred to as Daphne Clark and Danny Collins. Much like with the Queen being referred to by another name, this is so people aren’t aware the couple is on the move or in the area.

Harry and Meghan Markle are no longer officially involved in Royal duties, but they did have code names before they left. Meghan was referred to as Davina Scott while Harry was called David Stevens.