Home » Lifestyle » Inside The Luxurious Lifestyle Of Olympia Ohanian, The Daughter Of Serena Williams

Inside The Luxurious Lifestyle Of Olympia Ohanian, The Daughter Of Serena Williams 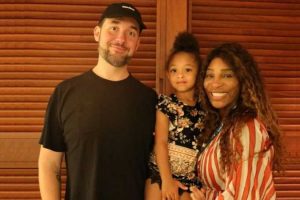 Alexis Olympia Ohanian Jr. has followed her mother’s footsteps since her in 2017 birth to self made Goat Serena Williams and her husband, Alexis Ohanian. The 5-year-old daughter of the renowned tennis player wore a miniature version of her mom’s custom Nike costume to the 2022 US Open in New York City, complete with white beads in her braids as an homage to Serena’s childhood hairdo. Williams has told Vogue she plans to retire after the US Open to spend more time with her family, but her endorsement deals are among the biggest celebrity endorsements dealing with companies like Aston Martin, Beats by Dre, and Gatorade have helped her earn $45 million so far this year.

With Alexis Ohanian being the co-founder of Reddit, the couple’s combined wealth of $290 million, as reported by Celebrity Net Worth, is more than sufficient to support Olympia’s extravagant lifestyle. Not surprisingly, they spend lavishly on Olympia, as she is their only child. Here’s an inside look at the luxurious lifestyle of Olympia Ohanian Jr.

The Makings Of A Future Sports Star

Nike’s new Serena Williams (SW) facility features a theatre honoring Williams’s daughter, Olympia. The main office structure at Nike World Headquarters in Oregon bears the tennis great’s name in honor of the company. There are enough square feet in the building to fit 140 tennis courts. The two-story, 140-seat theatre inside the building is named after Williams’ four-year-old daughter Olympia. In the SW building, salvaged materials and products from nearby factories and farms account for almost 20% of the total. It also has up to 648 solar panels.

At the tender age of three, Olympia Ohanian has all the makings of a future sports star, although she isn’t not going to begin her tennis career any time soon. Instead, Serena Williams and Alexis Ohanian have made sure that she is a co-owner of the new Los Angeles women’s soccer team, ‘Angel City.’ She is now the league’s youngest owner at the age of 21. Olympia stands with her parents, other activists, celebrities, and athletes who want Los Angeles to join the NWSL by 2022. On Instagram, Alexis discussed his intention to become the team’s principal investor to help pave the way for his daughter

Olympia and her mom, Serena Williams who owns a stunning home in Florida, are the new gold standard for mother-daughter duos. Their lives are filled with charming twinning moments, tennis lessons, and even red-carpet appearances. Stuart Weitzman’s Spring/Summer 2021 ad campaign even features Williams and her mini-me doing their trademark identical clothing routine. In a recent interview, Serena mentioned that Olympia was helping out with her fashion company.

At the US Open, Olympia was spotted dressing like her mother and wearing the same recognizable white beads on her head. Olympia is destined for greatness, as evidenced by the fact that she consistently choreographs dance sequences that go viral on social media and takes adorable selfies in the mirror.

Serena Williams surprised everyone by announcing her retirement from tennis in 2022 to devote more time to her family, including her husband Alexis Ohanian and daughter Olympia. According to Williams who has achieved so much success, she wants to spend more time at her beautiful Miami home to get some rest. Behind the bookshelf in her home is a secret media room that people can only access through the hidden door that can be seen behind the sculptures of contemporary chairs.

When one step inside, one will find a stage stocked with instruments, a bar, velvety chairs, and a bright neon sign that reads Serenade; it’s the ideal setting for a family karaoke night. Olympia’s unique pink castle bed was constructed specifically for her, and it features a built-in slide and a chandelier so that she can truly feel like a princess. It also looks like she has a toy-filled playroom with bright storage cubes.

Olympia Ohanian is undoubtedly making the most of her summer. Olympia has recently returned from a trip to Greece, which she took immediately after touring the United Kingdom. In a post on Instagram, Williams shared a photo of her family sitting in front of the ancient Parthenon on the Acropolis in Athens, where her daughter wore a princess dress while they were there. Williams took the shot while the family was on their vacation.

Serena even called out her husband, Alexis Ohanian, back in 2017 for spoiling their daughter Olympia with gifts. The co-creator of Reddit isn’t simply splurging his kid with books, though. Ohanian posted a photo of the miniature Thor’s hammer he had gotten for Olympia in anticipation of her seeing Thor: Ragnarok which stars Chris Hemsworth who has magnificent watch collection.  Alexis recently shared on social media that he had made a piece of jewelry inspired by his daughter’s artwork.

Earlier, he had prepared some artistic pancakes that looked good for Olympia. Ohanian then admitted that he had picked up the secret during the lockdown and that his daughter Olympia adores the pancakes with the designs on them. Ohanian recently posted an image on social media showing jewelry he made from an Olympia painting.