Soooo, Scott Disick just threw himself a huge birthday party during which gave away a big pile of Rolex watches (normal!), and yes: both his ex Kourtney Kardashian and his current girlfriend Amelia Hamlin showed up. And apparently things were slightly tense between Kourt and Scott—at least according to an E! News source who said they’re still dealing with some awkwardness. 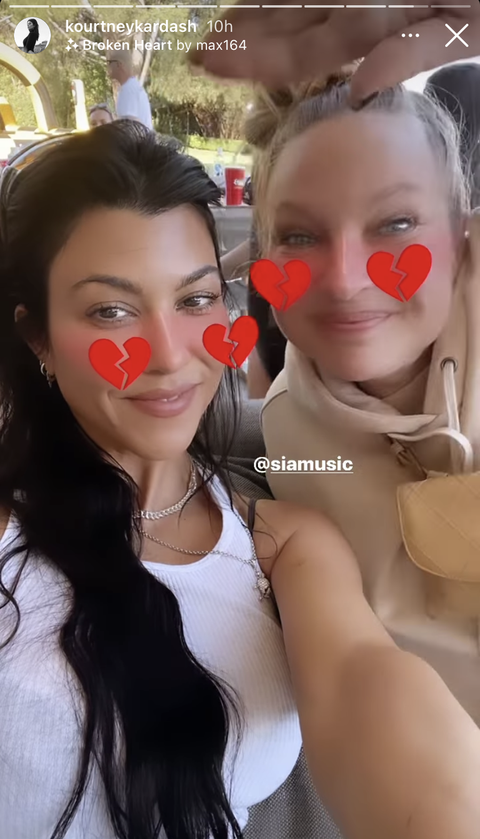 Meanwhile, Kourtney and Amelia didn’t exactly hang at the party and have basically no relationship to speak of:

“She’s very happy for Scott and wants him to be happy,” the source added. “Kourtney is very enthralled in her own relationship right now and wants the best for Scott so he stays on track.”

Kourtney’s appearance at Scott’s party comes amid a source previously telling E! News that “Scott has really distanced himself from Kourtney” and that “It’s uncomfortable for Scott to see Kourtney in a serious relationship, although he knew this day would come.” Meanwhile, another source (damn, these sources are working overtime) told the outlet that “they are barely speaking” because “it’s hard for [Scott] to see Kourtney in love with someone else.”

You love all the deets on celeb news. So do we! Let’s overanalyze them together.