Home » Lifestyle » Inside The Weeknd’s Relationship With Selena Gomez

Inside The Weeknd’s Relationship With Selena Gomez 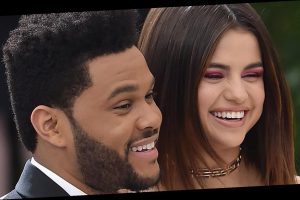 The Weeknd had a longtime on-again, off-again relationship with Bella Hadid before both moved on for good in 2019. It was during one of their “off” stretches that the Weeknd dated Selena Gomez for around ten months. Here are the details of their brief but intense relationship.

According to Life & Style, the Weeknd split from Hadid in November 2016 and was first linked to Gomez two months later. Things reportedly moved quickly, with the two taking a trip to Italy during their first month of dating (via Elle). When the Weeknd went on a worldwide tour in March and April, Gomez traveled to over ten different countries with him.

The couple continued to spend a great deal of time together and weren’t shy about public PDA, attending star-studded events like Coachella and the Met Gala. According to Elle, things appeared to get really serious in September 2017 when the pair rented an apartment together in New York City while Gomez filmed A Rainy Day in New York.

The Weeknd and Selena Gomez split in October 2017, and songs about the relationship followed

Although it appeared that all was well between the Weeknd and Selena Gomez, they ended up splitting in October 2017. The breakup was confirmed exclusively to People on October 30, with sources close to the pair saying distance was the reason for the split.

“[Gomez] and [the Weeknd] have been going back and forth for a few months about their relationship,” a source told the outlet. “It’s been hard with him being on tour and her shooting in New York. That wasn’t easy on them.” Gomez had also recently begun spending time with her ex-boyfriend Justin Bieber, but sources told People they weren’t back together. Elle noted that he had reached out to see how she was doing after undergoing a kidney transplant and they had reconnected as friends.

By November, it was confirmed that Gomez and Bieber were officially an item again (via Vogue Australia) — but it was short-lived with the pair splitting again in March 2018. According to Life & Style, fans believe that the Weeknd’s song “Call Out My Name” is about Gomez. They specifically noticed this portion of the lyrics: “Guess I was just another pit stop / ‘Til you made up your mind / You just wasted my time.” It’s been speculated that these lyrics referenced Gomez rekindling her relationship with Bieber. As of February 2021, both the Weeknd and Gomez are single.