Home » Lifestyle » Insulted by the Gillette ad about jerks? Chances are you’re a jerk

Insulted by the Gillette ad about jerks? Chances are you’re a jerk

Gillette's ad about toxic masculinity has made some people very upset, as many things tend to do these days. Many people complained either to Gillette, or to the world at large, that they felt attacked by the ad, or that it negatively generalised men, or that it had unreasonable expectations of them. 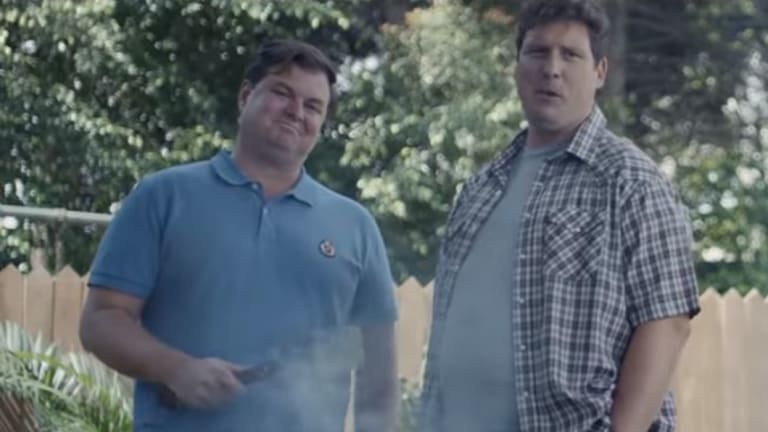 A scene from Gillette’s ‘The Best Men Can Be’ ad.Credit:Gillette

Well, boo-hoo. If you felt individually targeted by an advertisement against being a jerk, chances are high that you’re a jerk. The ad quite specifically made the point that #notallmen behaved that way, so if you missed that memo, you’re associating with the wrong sorts of people.

And sure, the ad generalised men. You’re 100 per cent on the money on that one, but that’s life. People are generalised, because we don’t have the time to individually know every single person on a deep, emotional level. If you were that hurt by the generalisation, you need to take action to change it (huh, sounds kinda like some other recent social causes that come to mind).

Whining like a spoiled child doesn’t change the perception that you’re a spoiled child, but actually changing your behaviour in response to negative feedback might. What’s the worst that happens? People might like you more?

And if you thought that the ad had unreasonable expectations, I don’t even know where to start with you. Gillette asks so little of you; it simply asks that you try to be better. If you’re unwilling to even attempt any amount of self-improvement, then you’re a lost cause by your own choice, and you can go back to 4chan, complain about feminism and then wonder why Jennifer didn’t ask you to the formal. Let me know when you’re ready to join the rest of us.

Some have complained that Gillette is capitalising on social change for profit, particularly since its  history isn't exactly a progressive one. That’s a very fair point, and perhaps Gillette is not in the best position to be speaking up against sexist behaviour, but that makes it even more important that it does.

If a shaving company is what finally breaks through, rather than the countless real people making the same point, then so be it.

Cai Holroyd is a journalism student.

END_OF_DOCUMENT_TOKEN_TO_BE_REPLACED

END_OF_DOCUMENT_TOKEN_TO_BE_REPLACED
We and our partners use cookies on this site to improve our service, perform analytics, personalize advertising, measure advertising performance, and remember website preferences.Ok