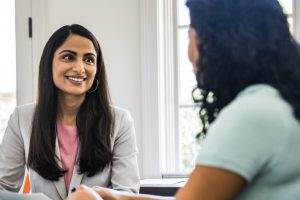 Should companies legally have to list salary details on their job adverts? This new campaign thinks so.

Once you’ve talked about your experience and the skills you think you’ll bring to the role, there comes a time in every job interview when the awkwardness starts to kick in. “What are your salary expectations?” you may be asked; a question for which there seems to be no easy answer.

However, a campaign that launches today (9 January) is aiming to make salary transparency part of the law. The Great Salary Reset, by talent platform Liberty Hive, is demanding that it becomes illegal for companies to ask about a candidate’s salary history and that it should be a legal requirement to list salary details on job adverts.

According to founders Kate Merritt and Laura Braithwaite, failing to list salaries on job adverts and asking a candidate’s salary history are two processes that uphold inequality and slow the pace of change, especially for those who’ve been historically underpaid, mainly women and those from underrepresented groups.

A recent survey by the Fawcett Society found that 80% of jobseekers feel uncomfortable or extremely uncomfortable when a potential employer asks them about their current salary. 61% say it impacts their confidence to negotiate and over 90% agree that it’s an unfair way to determine what they should be paid in a new role.

“Do we wait for legislation or become leaders of change? At Liberty Hive, it became increasingly clear that as leaders of a talent business, we had a choice: we could be part of the problem or a part of the solution,” say Merritt and Braithwaite. “Every role we post will have a salary range guide, we won’t ask our candidates the salary history question and we will work with our agency partners to share best inclusive recruitment practice. We will leverage our platform to advocate for change.”

But when it comes to progress, the UK is already significantly behind. In November 2022, the state of New York made salary transparency law, andback in 2018,  Iceland introduced the first policy in the world that requires companies and institutions with more than 25 employees to prove that they pay men and women equally for a job of equal value.

Beginning in 2020, certification became a requirement and companies without certification incur a daily fine. Interestingly, countries that have taken this step are reporting a narrowing in gender and ethnicity pay gaps by as much as 13%.

Only time will tell if the Great Salary Reset will ever become a reality. But we do know that amid a recession, ongoing cost of living crisis and with the gender pay gap not predicted to close for another 257 years, it needs to happen sooner rather than later.