Ivanka Trump is a mother-of-three and senior political advisor to her father Donald Trump.

From a New York socialite to a job in the White House, Ivanka’s life has taken on a unique trajectory.

She is married to property Jared Kushner, and the couple and their three young children live in Washington, DC.

The President has spoken out about his daughter in a gushing interview with The Atlantic.

The property mogul believes his daughter would be hard to beat if she ran for president, and revealed he considered giving her a job leading the world bank.

Reporter Elaina Plott met with the president to discuss his daughter and describes how their meeting was interrupted by the women herself.

Plott revealed Ivanka had come into the room – apparently unplanned – to tell the President about a meeting with Apple’s Tim Cook the next day.

She described the way the doting father looked at his daughter, and wrote: “You could tell by his eyes, the way they popped and gleamed and fixed on someone behind me. Only one person gets that kind of look from Donald Trump.”

The leader, who has been married to model Melania Trump, 48, since 2005, gushed about his daughter in the interview. 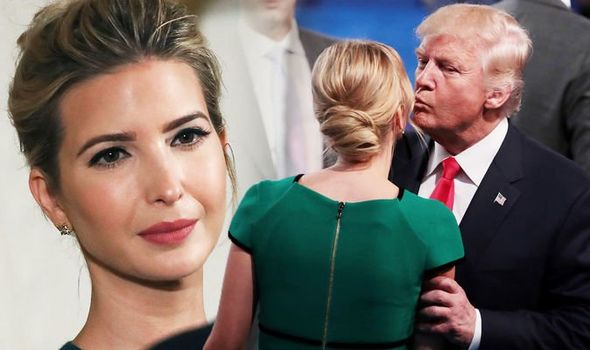 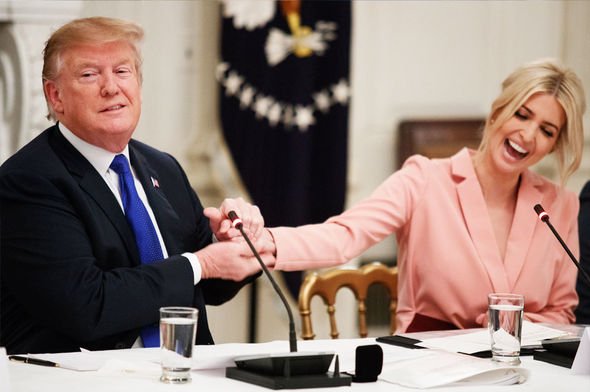 He said: “If she ever wanted to run for president, I think she’d be very, very hard to beat.”

He also said: “I even thought of Ivanka for the World Bank…She would’ve been great at that because she’s very good with numbers.”

Donald has always been incredibly complimentary towards his daughter. He has praised her intelligence and beauty on numerous occasions in interview.

On The Howard Stern Show in 2003, Donald said: “You know who’s one of the great beauties of the world, according to everybody? And I helped create her. Ivanka.”

According to a recently published book Kushner, Inc. Ivanka is keen on becoming the leader of the US. 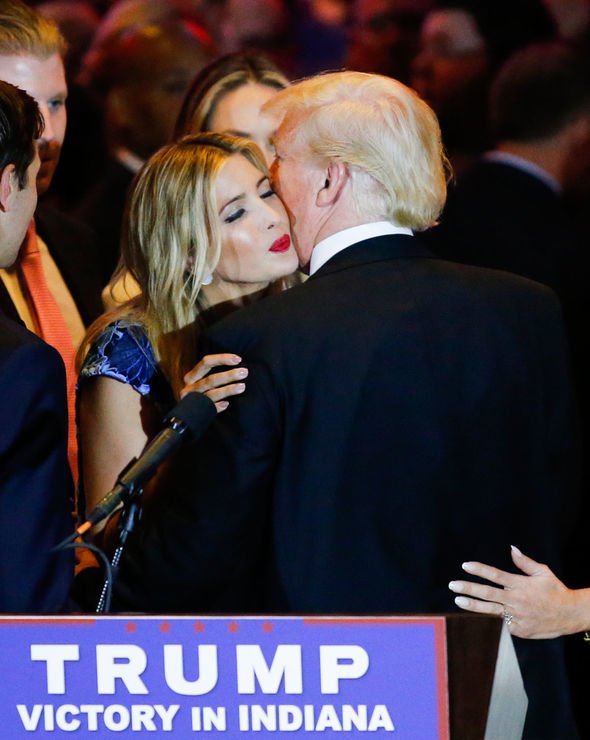 Ivanka Trump is Advisor to President Trump and the US First daughter. She is the eldest daughter of Donald Trump and former model Ivana Trump.

Author Vicky Ward quoted President Donald Trump’s former economic adviser Gary Cohn saying: “(Ivanka) thinks she’s going to be president of the United States. She thinks this is like the Kennedys, the Bushes, and now the Trumps.”

The author, who is originally form London but now lives in New York, appeared on the KrassenCast podcast on Wednesday.

She said: “I think there’s even a bit of a tussle with Don Jr. because he wouldn’t mind having a go himself.”

In a similar vein she added to Newsweek the next day: “The truth is, Don Jr. plays much better with Republicans,” saying he appeared at about 70 events last year for Republicans, while “Ivanka did hardly any.”

What is Ivanka Trump’s salary? She spends much of her time serving in her father’s presidential presidential administration.

END_OF_DOCUMENT_TOKEN_TO_BE_REPLACED

END_OF_DOCUMENT_TOKEN_TO_BE_REPLACED
We and our partners use cookies on this site to improve our service, perform analytics, personalize advertising, measure advertising performance, and remember website preferences.Ok