Home » Lifestyle » Jack White Almost Played Jackson Maine In ‘A Star Is Born,’ According To This New Interview

Jack White Almost Played Jackson Maine In ‘A Star Is Born,’ According To This New Interview

As A Star is Born heads into December, preparing for awards season, most of the discussion revolves around Lady Gaga’s Oscar chances. Gaga has been known for her career reinventions over the last decade, but her transformation into "A-List Hollywood actress" is one to rival Cher’s. Part of what makes Gaga’s performance pop is Bradley Cooper, who is her partner all through the film. But Cooper almost wasn’t in the movie. It turns out Cooper’s initial idea was to cast a real musician, which is how Jack White almost played Jackson Maine in A Star Is Born.

Jack White might sound like a bit of an oddball choice for an "aging rocker," but when Cooper, who both produced and directed the movie, was first looking at casting, the White Stripes frontman was reportedly his first choice. The problem turned out to the be Warner Brothers. The production was good with casting Lady Gaga, but not with White as the male lead.

Speaking to Variety, Cooper said his first instinct was not to cast himself.

Variety then dug back with their sources who were in-the-know for early casting talks, who confirmed Bradley was speaking of Jack White. 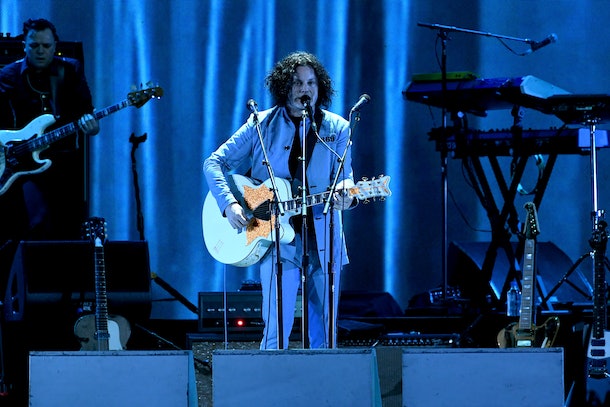 It’s understandable Cooper wouldn’t want to cast himself in the role as a first choice. Though actors can make producing, directing, and acting all at the same time in a single movie look easy, it’s not. Moreover, Cooper is not a professional musician. He had to learn to play guitar from scratch and have it look believable, training for three years as part of the film’s pre-production. On paper, casting himself against a professional like Gaga risked having the character of Jackson Maine look like an amateur, when in fact he’s supposed to be the expert.

Also, looking at Jack White, it’s easy to see why Cooper would have chosen him for the role. White is a career rock and roller, and looks it, with a style of someone who spent his life on the road. And perhaps most importantly, White is a fantastic guitarist. There would be no question of who was the superior musician if this is the Jackson Maine Ally first meets. 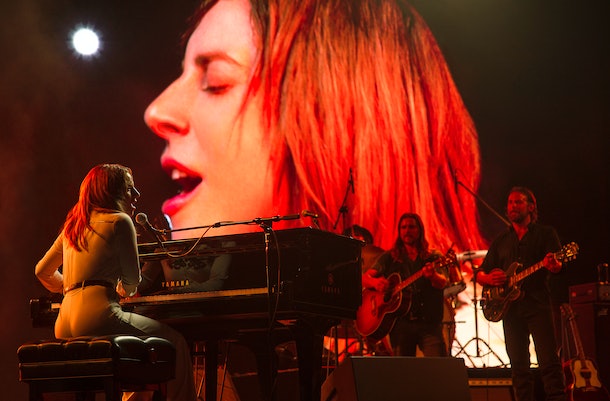 Why the producers didn’t want to do the film with White is something fans will never know. But the decision to put Cooper front and center was the right one. It’s notable Cooper was still worried about not looking like a trained musician. There are lines dotted through the script of how he’s self-taught, how playing from the heart is more important than being a musical genius or even massively talented, as if there was a need to excuse Maine for not being as good as Ally on camera.

But it all turned out to be unnecessary, as Cooper’s training paid off. Fans are looking forward to seeing him (hopefully) play live with Gaga at the Oscars next year.