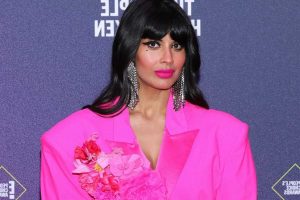 The “Good Place” actress was recently put under fire after a photo of her character Titania for the new “She-Hulk: Attorney at Law” series was released.

Jamil responded to a tweet that teased a first look into her character and agreed that the “shade” was justifiable.

“Omg this photo..💀😂” she wrote. “Guys… I accept every ounce of shade here, but in defense of my excellent hair stylist, this is just my hair after a 14 hour stunt day in atlanta heat. Just after being upside down. She did a *great* job on the show I promise.”

She gracefully added, “I dutifully accept the crowd attack.”

The 36-year-old replied to various tweets and assured a fan that “You’ll get it when the show comes out. It fits the character.”

“She-Hulk: Attorney at Law” will premiere on Disney+ on August 17, the comedy series will follow the titular character as she juggles the life of being a single female attorney in her 30s as well as being a 6ft’7 green super-powered hulk. 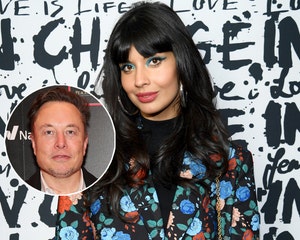 The series will release with nine episodes with Tatianna Maslany in the lead and will also feature Mark Ruffalo as Smart Hulk, Tim Roth as Emil Blonsky/the Abomination, and Benedict Wong as Wong. Ginger Gonzaga, Josh Segarra, Jon Bass and Renée Elise Goldsberry will also be featured in the superhero comedy series.

Back in June 2021, TooFab spoke to the original hulk, Lou Ferrigno, on his thoughts on the upcoming Hulk series.

“I think it’s a good idea, but I think we have to get retrained from seeing too much special effects because the more authentic, organic the character can be, the more believable,” Lou said. “So we have to see what happens because it may work for ‘Star Wars’ — it may work for different films, but you know, when you have too much CGI, it gets confusing.”