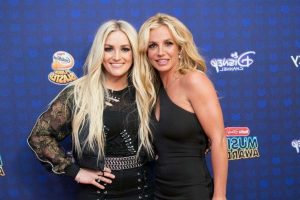 Jamie Lynn, 30, first broke her silence regarding her big sister’s conservatorship last month in a series of Instagram Stories, in which she said, “Maybe I didn’t support her the way the public would like me to, with a hashtag on a public platform, but I can assure you that I’ve supported my sister long before there was a hashtag, and I’ll support her long after.”

Despite her remarks, fans continued to accuse the “Zoey 101” alum of profiting from her big sister’s legal situation and being complacent with the conservatorship.

Those accusations intensified following a New Yorker report, published July 3, that claimed members of the Spears family “have all spent years on [Britney’s] payroll, and, as friends who spoke with her at the time recalled, she was increasingly resentful of their efforts to influence her.”

Members of the Spears family have yet to react to the New Yorker article.

However, on Tuesday, British tabloid Daily Mail issued a counter claim about Jamie Lynn, stating in its headline, “Britney Spears’ sister Jamie Lynn shares photos of her home life… after it’s revealed she is the ONLY family member not on singer’s payroll.”

The Nickelodeon star took a snapshot of the article and shared it to her stories, captioning the post, “Facts….now leave my broke-a– alone.”

Since Britney asked to end her 13-year conservatorship last month and leveled serious accusations against her conservators and members of her family — most directed at her father, Jamie Spears, who manages her estate as part of the conservatorship — Jamie Lynn has disabled comments across her Instagram.