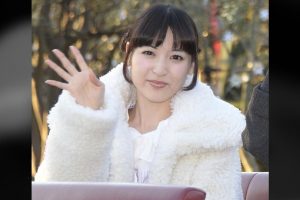 Sayaka Kanda, a voice-over actress and singer who voiced Anna in the dubbed Japanese version of Disney’s Frozen, was found dead on Saturday at a hotel in Sapporo. She was 35.

According to local media reports, Kanda, the daughter of actor Masaki Kanda and singer Seiko Matsuda did not show up for an afternoon performance of the musical My Fair Lady at the Sapporo Cultural Arts Theater, where she was playing Eliza Dolittle. She was found at the hotel where she had fallen from a height.

Reports say the the local police are investigating the fall as a suicide but have not ruled out foul play.

A notice on Kanda’s official website from Robe Co. Ltd. CEO Mitsuhisa Kamachi said, “We are very sorry to give such a report to all the fans who supported us and all the people who took care of us,” calling the situation “unbelievable and unacceptable.”

Kanda’s credits include the Sword Art Online franchise in which she voiced Yuna. She recently voice characters in Idoly Pride and Star Blazers 2022, and starred in the miniseries 3D Kanojo Real Girl.